The margin of difference between the bond passing and failing was five votes. 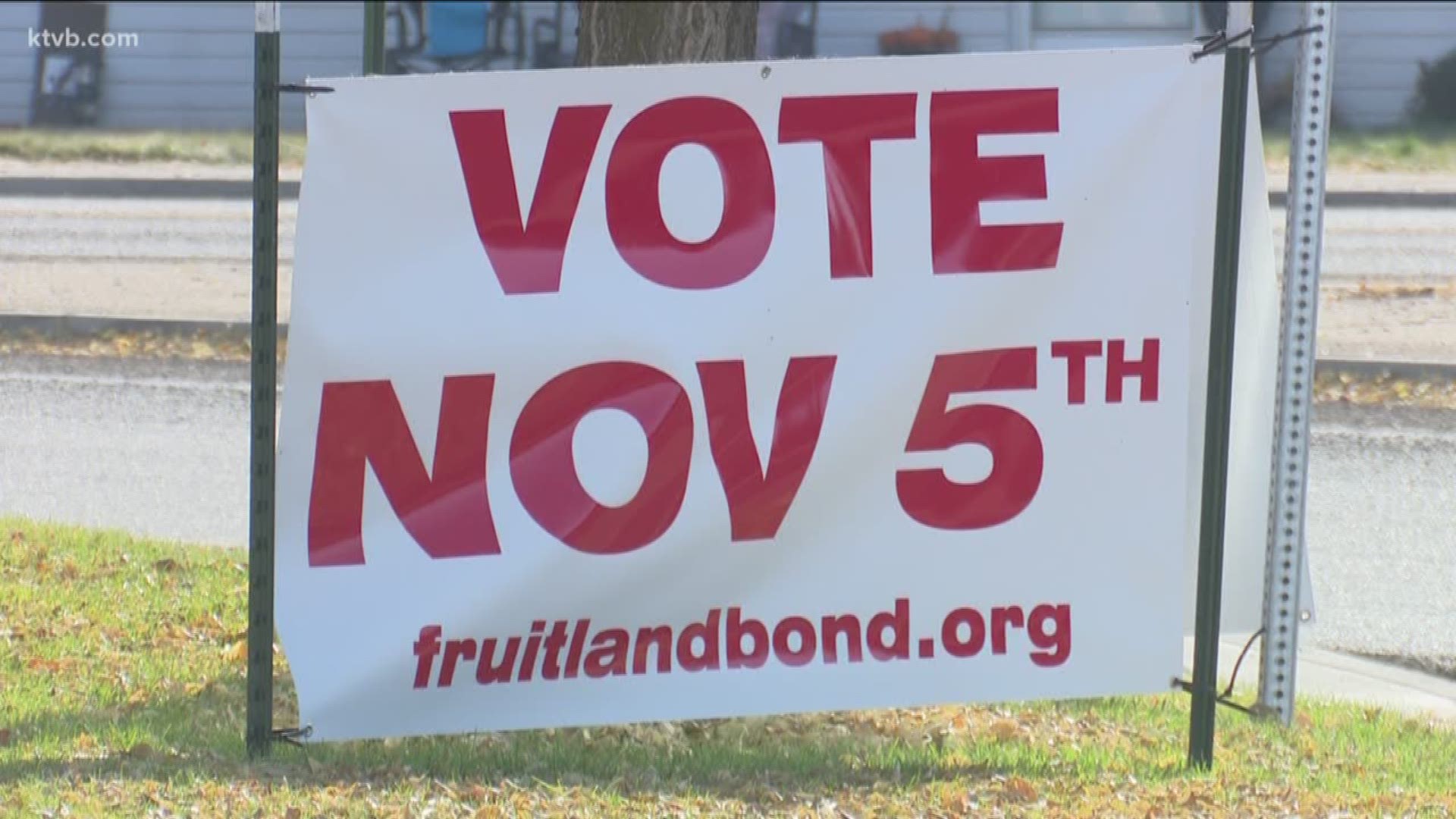 FRUITLAND, Idaho — You often hear that every vote matters in elections. That couldn't be truer in the Fruitland city bond election. The city tried to pass a $2.6 million bond to expand the size of their police department and fix up City Hall.

That bond failed on election day by a mere five votes. The city council gave the greenlight at their meeting on Monday night to formally request a recount from the Payette County Clerk's Office.

Bonds need a supermajority in order to pass, or 66.67 percent of the people saying 'yes.' In this case, 66.07 percent of people voting agreed.

Betty Dressen has been the Payette County clerk since the early 2000's. The recount for the Fruitland bond will only be her second. The official request still hasn't come from the city to the county, but once it does that’ll set things in motion.

“Then it goes to the sheriff, and the sheriff comes down and gets the ballots that are impounded until we get a date,” Dressen said.

The Idaho Secretary of State's Office schedules the date for the recount, according to Dressen. Then it’s the same process as election day.

"They will have the same count crew that counted the night we were counting the ballots come back in, and do the same procedures,” she said.

The recount is being done because the difference of this measure passing and failing was only five votes.

"So, we can say with confidence that the constituents of Fruitland, 66 plus percentage of them supported the bond measure,” Fruitland spokesperson Amanda Watson said.

Watson said because the difference was five votes, this recount won’t cost the city any extra money.

The money from the bond would be used to expand the current 1,200 square foot police department and it would renovate parts of City Hall.

"The city does very much believe these improvements are needed for the building,” Watson said.

However, the odds are stacked up against the city.

"We have not seen a vote flip, but we've seen very close margins similar to this one,” she said. “We've seen some votes come off the table and go the other direction, but not enough to flip the actual verdict of a vote."

When the recounting is about to start, the same group of people from election day will be hand counting the ballots. One person will call them out while two people will be marking the results down, and one person will be watching those people record the results.

More than 700 people voted on this issue, so Dressen said it would take about an hour to an hour-and-a-half to recount this since they do it by hand.

At this time, there has been no discussion on if the city will bring the bond back sometime next year if the recount fails to flip the results.

If the recount does flip the results and the bond passes, the bond will raise taxes on a property worth $100,000 by $41, according to Watson.

This is different from earlier estimates because on election day the city of Fruitland’s mill rate decreased. An earlier estimate had the bond raising property taxes by $48 a year.