One voter told us he waited for about an hour and a half to vote at Ada County's mobile voting unit. 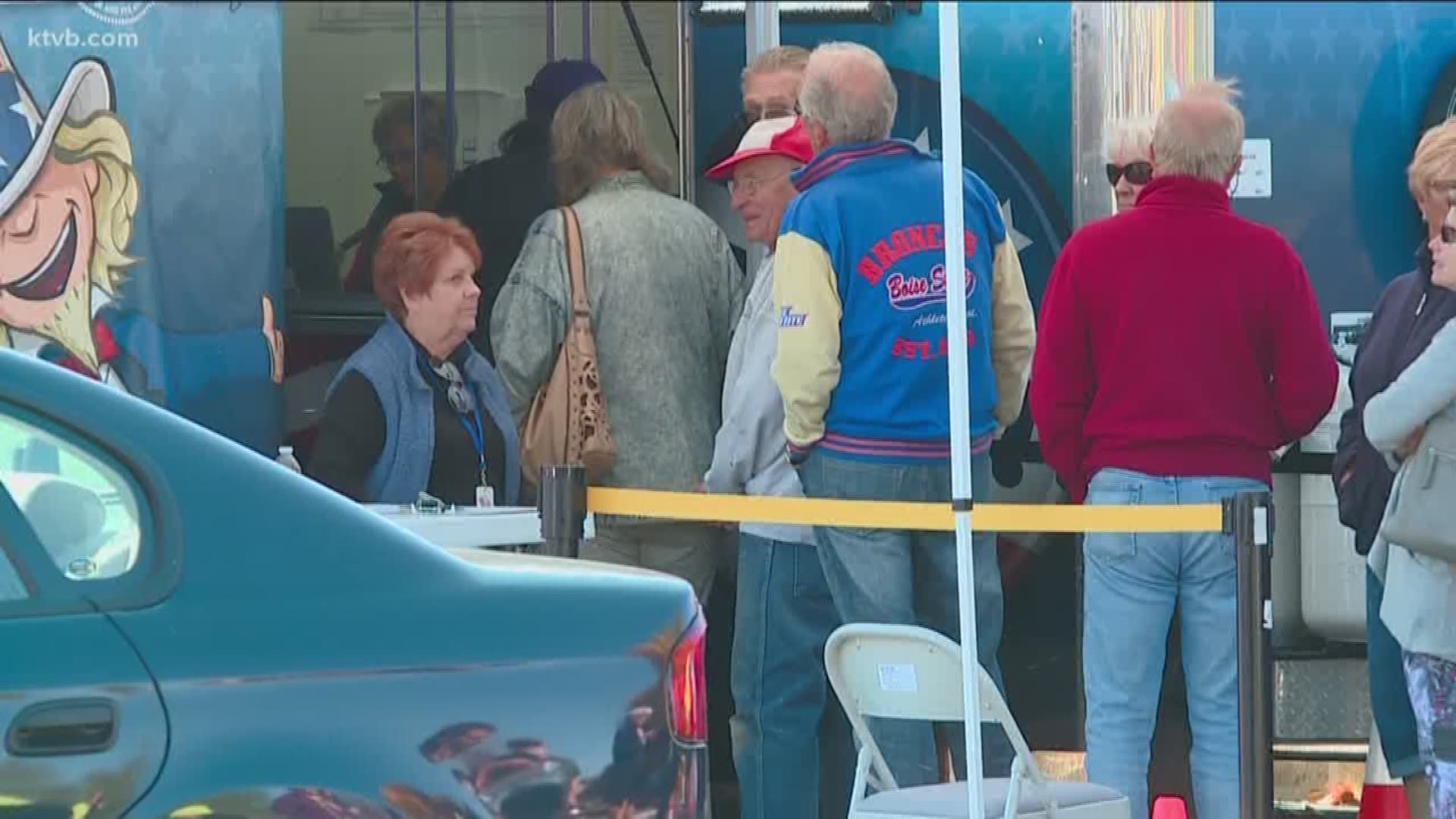 BOISE — Early voting for the November election got underway Monday in Ada and Canyon counties.

Ada County's mobile voting unit was stationed at the Garden City library Monday afternoon and there was quite a line.

Mark Roby told us he waited in line for about an hour and a half. But he said the wait was worth it and encouraged others to take advantage of the mobile voting trailer.

"This thing's gonna be a lot of places, so there's no excuse for not voting," Roby said. "It will move faster as they work the bugs out and get the system working better. But somewhere it will be near you. Don't say you can't get to the poll. the poll will get to you."

In addition to the mobile unit, people in Ada County can vote early at the Ada County Elections Office, Meridian City Hall and Boise City Hall.

In Canyon County, you can vote early at the county elections office in Caldwell.