Two groups have dumped tens of thousands of dollars into television ads for Dave Bieter and Lauren McLean. 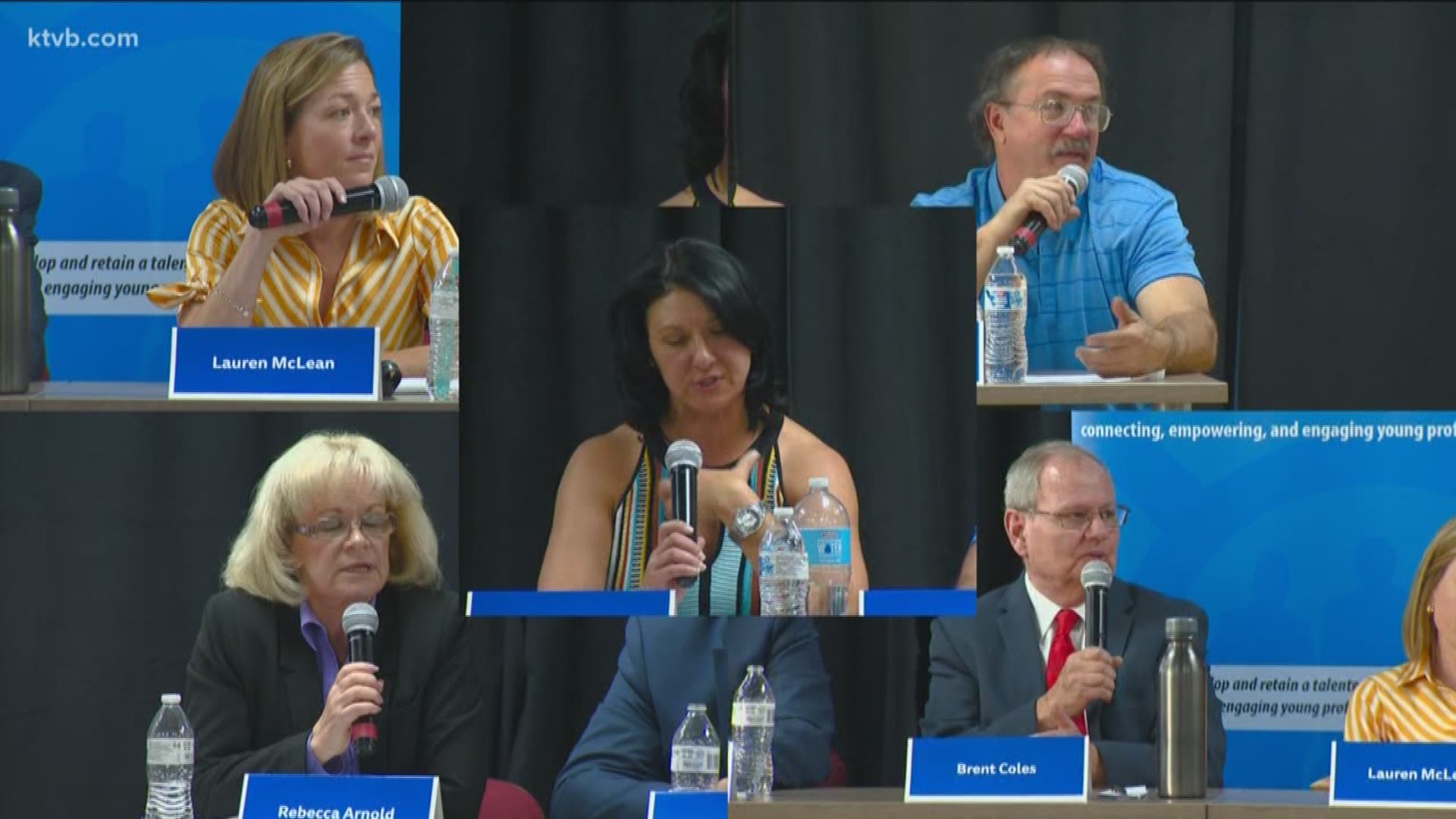 BOISE, Idaho — City Council President Lauren McLean and incumbent Mayor Dave Bieter have raised big bucks to power their mayoral campaigns, and they aren’t the only ones spending.

Conservation Voters for Idaho’s political action committee and a new PAC called Bright Future Boise, which is mostly powered by money from firefighter organizations, have been dumping tens of thousands of dollars into television ads for both candidates in an attempt to pull out a victory, according to the Idaho Press. That’s on top of the roughly $300,000 Bieter has raised and $244,000 McLean has raised for their campaigns this year, making this a cut-throat race fought on a variety of fronts.

Conservation Voters for Idaho has raised almost $200,000 and has spent money in support of McLean and city council candidates Patrick Bageant, Meredith Stead and City Council President Pro Tem Elaine Clegg. Early in the campaign, the PAC spent roughly $25,000 on mailers and literature for candidates but quickly pivoted to television. The  PAC also made some contributions to other local candidates Sam Linnet and Juan Martinez in Hailey and Jill Mitchell in Eagle.

In the first two-thirds of October, campaign finance reports show CVI put $97,500 toward broadcast television ads supporting McLean. The action fund also put another $5,000 into broadcast ads for Stead and Bageant. The organization also paid for time for its staff to work on campaign issues for their three endorsed city council candidates and McLean, totaling $6,181.

This funding came largely from national cash coming from the League of Conservation Voters in Washington, D.C. The fund also received smaller local contributions including $3,000 from Republic Services, which contracts with the city of Boise for waste collection services; $4,000 from HHS Construction; and $2,000 from Rep. Mat Erpelding, D-Boise.

The other major PAC in the race, Bright Future Boise, raised $91,500 for Bieter. All of these funds were used to power television ads on behalf of the mayor, leaning on his record for building new public safety facilities while in office.

Backers for the PAC included local and national cash from firefighter organizations, as well as $25,000 from property development company Gardner Property Holdings. Both local and national cash poured into their coffers, with $21,000 coming from the Boise Fire Fighters union, and $24,000 from the International Association of Firefighters. Other contributors included Seattle Fire Fighters, Montana Professional Fire Fighters and the Washington State Council of Firefighters Support Team.

In his regular campaign account, Bieter also received donations from a variety of firefighter unions, including the Boise Fire Fighters, but they funneled lots of cash into the Bright Future Boise PAC as well. The PAC was just filed with the Secretary of State on Sept. 3 and is headed up by Eagle Fire Department Battalion Chief Rob Shoplock.

Shoplock or Bright Future Boise treasurer Nagore Goitiandia did not return calls from the Idaho Press, but Jim Walker with the Boise Fire Fighters Union said his organization donated to the PAC because it was “a better avenue” to spread their message of supporting Bieter.

“It’s the first time in a long time that both the police union and the fire union have endorsed the mayor on a timely basis, and how can we get the message out that the mayor has been really good for our departments,” Walker said.

Bright Future Boise paid for a TV advertisement that was pulled until it could be edited after Boise Fire Chief Dennis Doan said it violated city policy because it showed firefighters in uniform and featured close up shots of their badges in a political advertisement.

“In June, I emailed all Boise Fire employees about the regulations in a detailed memo,” Doan said after the ad was pulled. “I also verbally warned the Local 149 leadership, prior to the filming of the ad, about the city regulations on political activity and the Boise Fire Department.”

These are not the only PACs in this race that have been contributing to candidates, although their money pales in comparison. Planned Parenthood Votes Idaho also supported McLean, Bageant and Stead just like CVI. The group gave cash donations to all three candidates, as well as paid for $4,000 in broadcast advertising for McLean.

Other than McLean and Bieter, Ada County Highway District President Rebecca Arnold also received support for her mayoral campaign from the Idaho Realtors PAC with $12,632 for campaign literature. She also received a $500 donation from the Building Contractors Association of Southwest Idaho.