Influx of absentee ballots causes slight delay in signature verification, estimated to be caught up after holiday weekend

Despite a delay in the signature verification process from an influx of absentee ballots, Idaho election officials say voters have nothing to be concerned about. 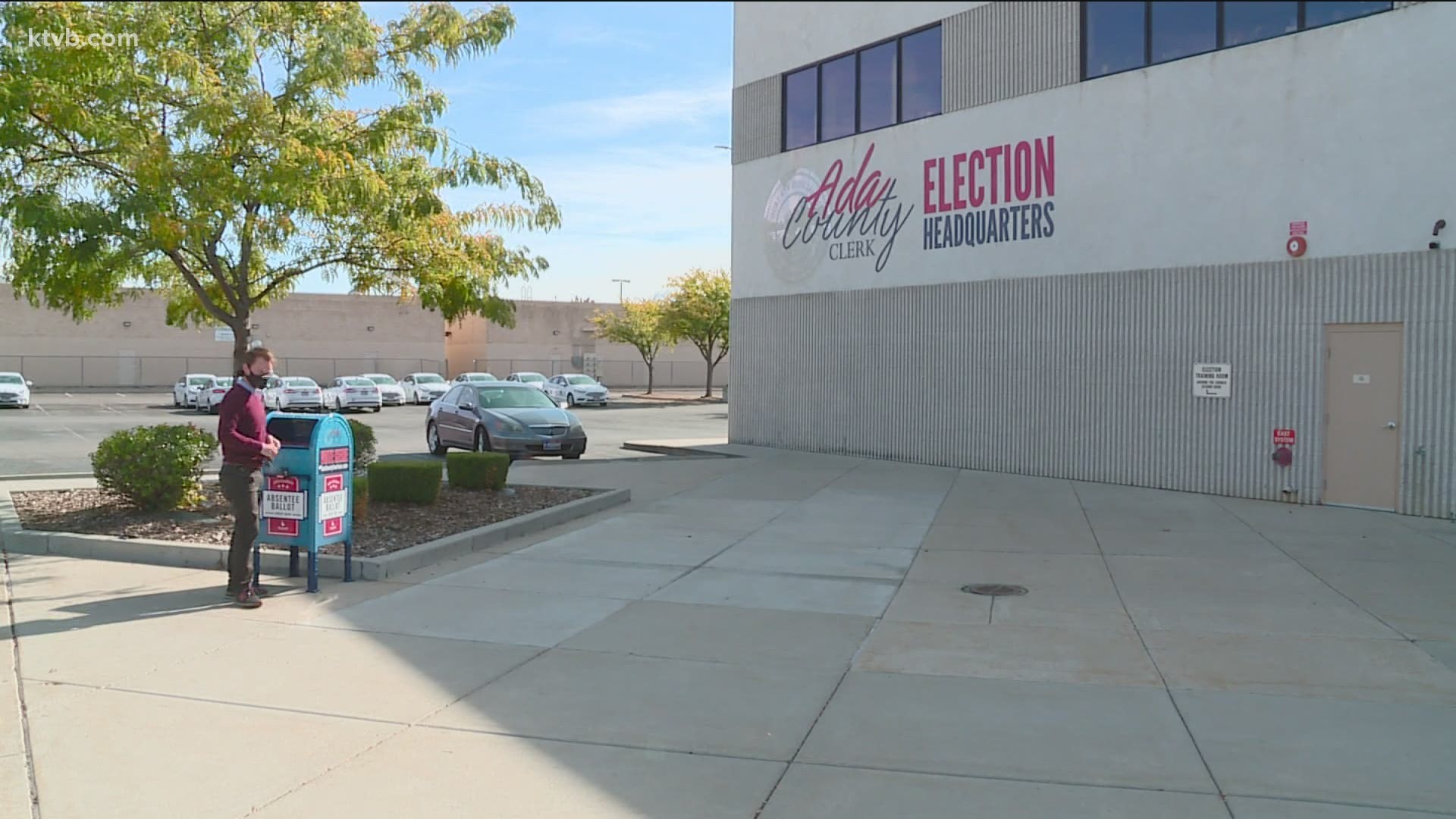 BOISE, Idaho — As more Idahoans decide to vote absentee or mail in their ballot this year, people still have questions about the collection and verification process.

A large number of Idaho voters have decided to vote absentee this year. Because of this, there is a delay in the signature verification.

“I think one of the biggest surprises this year is just how heavily used our drop boxes are being, both from our camera footage and from the number of ballots we are collecting from them," Ada County Clerk Phil McGrane said. "It’s been a really impressive turnout already so far for this election."

Here's how the process works: absentee ballots are collected from dropbox locations daily. Once collected, ballots are taken to an election warehouse where they are scanned, dated, and checked for verification.

Signatures are used to verify the voter is who they say they are. The signature on the ballot is compared to the signature of the voter's registration card.

The voter is then notified online that their ballot has been received or if there is a problem with signature verification.

“I think that the hardest part that we are seeing right now is a slight delay from when we go through and check the signatures and that’s just really driven by the volume that we are receiving right now," McGrane said. "Just to give an indicator, last Wednesday, which was the first real day of getting our mail back from the postal service, we received sixteen thousand ballots, just on that one day alone."

Voters, however, are not aware of what's happening on the back end and are becoming worried that their ballots won't make it to the election warehouse.

“I was kind of wondering, 'Wow, do they just sit in the box until election day? Is someone picking those up regularly?'” Idaho voter Laura McCarthy said. “Are they going to somehow indicate that that ballot has been received so that when I go online to check, I know that my ballot made it to the other end?”

Although there is a slight delay in the process, McGrane is confident that this holiday weekend will allow workers at the elections warehouse to catch up. He is not worried about getting all absentee and mail-in ballots processed and counted in time for Election Day.

Voters will be notified once their signatures have been verified or if there is a problem with verification. He said he's not worried about getting all the ballots processed and counted on time for election day.

Learn more about the November election in our Voter Guides:

Voting by mail in Idaho: How to properly fill out absentee ballots and make sure your vote counts