Soto plans to stop in all 19 counties that make up Idaho's 1st congressional district. 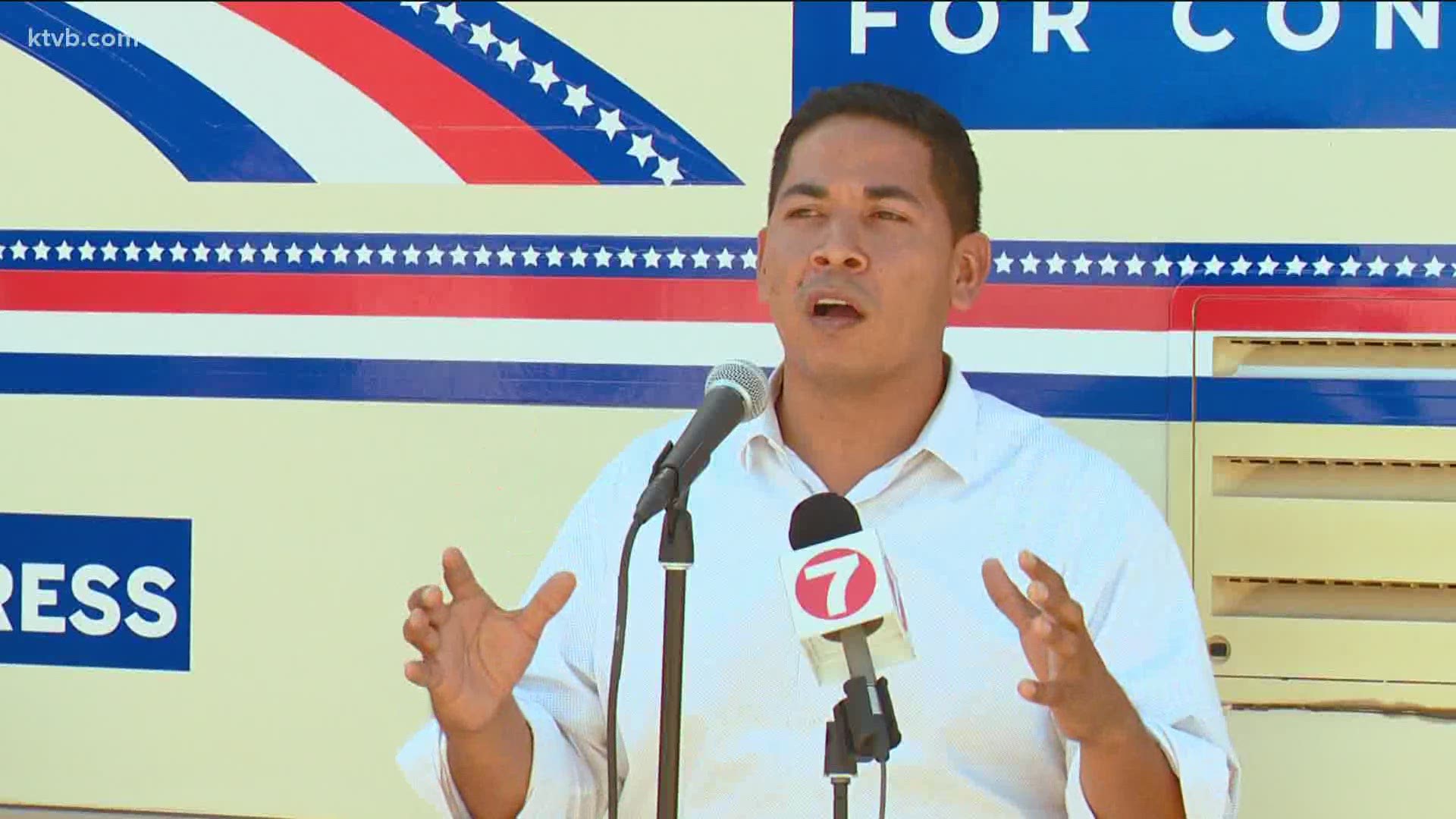 GARDEN CITY, Idaho — This Labor Day doubles as a celebration of the American worker - and the kickoff of political candidates' big push ahead of the November general election.

Monday afternoon in Garden City, Democratic congressional candidate Rudy Soto launched an RV tour in which he plans to stop in all 19 of the Idaho counties that make up the state's 1st congressional district.

Soto, a Nampa resident who served in the National Guard and worked as a congressional staffer, is running against U.S. Rep. Russ Fulcher, a Republican who is seeking his second term in Congress.

Soto said on Monday that, if elected, he will work to bridge the partisan divide in Congress.

"I've seen what's wrong with Washington and we need people that are willing to work across party lines," he said. "My biggest issue and what I'm most passionate about and purposeful around is healthcare, affordable healthcare and access. We need that now more than ever because of COVID, people that are at risk, the disparities.

"We need politicians to stop being so self-serving and work across party lines to get things done," he added.