'You're looking at a half a million-dollar endeavor': Comparing voter pamphlets in Idaho and Oregon

Idaho only sends out voter pamphlets for constitutional amendments and voter initiatives. Oregon, meanwhile, sends them out for every primary and general election. 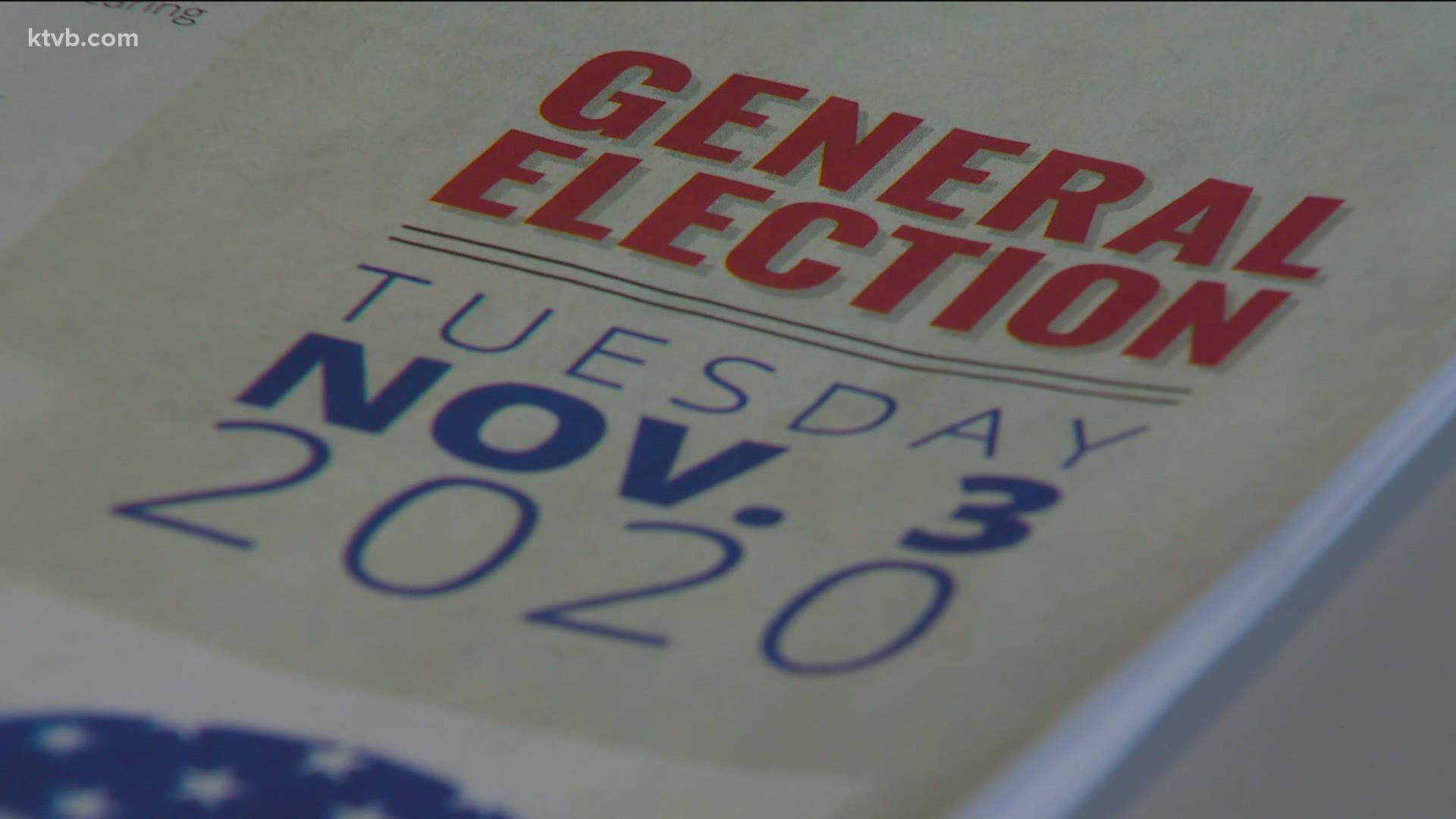 BOISE, Idaho — Voters across the state of Idaho should have received a voter pamphlet for the November election. However, the Gem State's voter pamphlet doesn't provide any details about the candidates on the ballots.

The Secretary of State's office is required by law to send out pamphlets when there are certain ballot measures like a constitutional amendment or a voter initiative.

Across the border in Oregon, voters can use their pamphlets to learn about candidates as well as voter measures.

The voter pamphlets in Idaho outline a lot of things, including how to vote, how absentee ballots are secured, the constitutional amendment, and more.

The main reason there is no information about any candidates, whether it's for the presidency, or county commissioner, or state office is due to a lack of funding.

“To do something like this right, you're looking at a half a million-dollar endeavor,” Deputy Secretary of State Chad Houck said. “Even just putting out the small print piece we just sent recently, that was about a $250,000 expense to put that piece out statewide.”

Houck added that there are other challenges besides cost, such as deciding what races should be included.

“The first challenge is figuring out where to draw that line,” he said. “The second challenge is getting the info back from the candidates so that it's a valuable tool and complete and comprehensive and fair tool for all of Idaho's voters to take a look at.”

In Oregon, voters can expect to see a candidate’s information in the pamphlets as long as a candidate has paid for it. The price varies by office. For example, a state senator or state representative is required to pay $750 to get their profile in the voter pamphlet.

Someone running for a county office is required to pay $600.

Oregon pamphlets also include ballot measures and important dates to remember including the voter registration deadline. That falls on October 13.

“They're mailed by the Secretary of State’s office, one per household,” Malheur County Clerk Gayle Trotter said. “Not mailed to individual voters; it is one per household in the state of Oregon.”

The state has been doing it for some time now, because voting by mail isn't new in Oregon.

“At least the over 20 years we've been doing vote by mail,” Trotter said.

Each county in the state gets a different voter pamphlet. Some counties actually make their own voter’s pamphlet while others use the state’s but add their own insert into it. It can serve as a handy resource for the voters who don't know who or what to vote for.

“If the candidates choose to put something - because it is not mandatory, it is totally optional - [voters] can go and look and see information on it so they can choose, do I want this candidate or that candidate,” Trotter said. “Because it gives them a platform on what they stand for, what their education is, background and things like that.”

The state of Idaho has tried to do a voter's guide in the past, but only offered that information online. Houck said they ran into a number of issues with that. One issue was getting responses from the candidates themselves. He also said the website itself didn't get a lot of traffic to it.