KTVB took a closer look the latest round of campaign finance reports and compared them to the money raised during the general election. 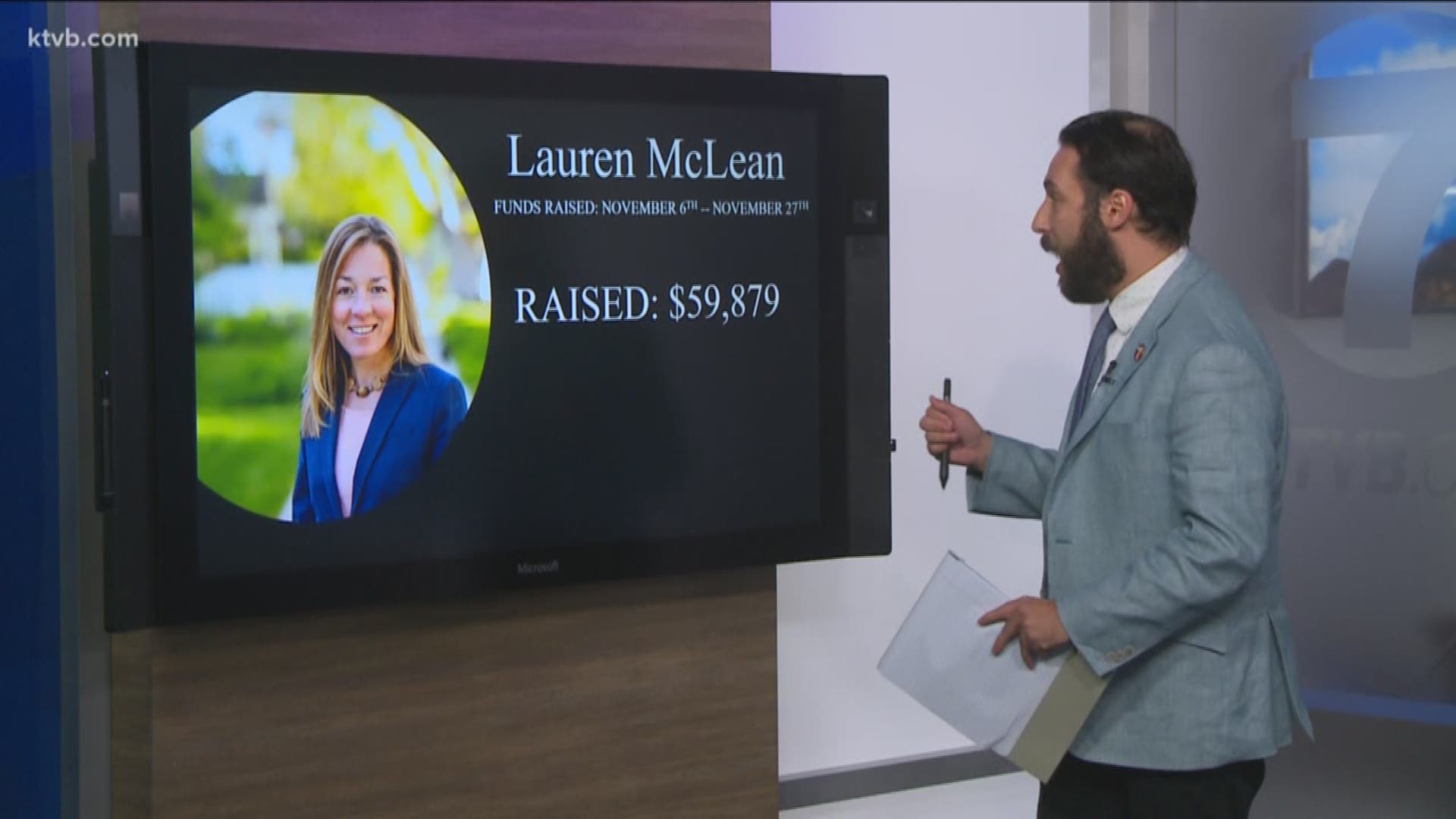 BOISE, Idaho — Voters in Boise are now less than a week out from the mayoral runoff election between Mayor Dave Bieter and Boise City Council President Lauren McLean.

The latest round of campaign finance reports for the runoff are now in.

During the general election cycle, Bieter out raised McLean by about $75,000.

During the current runoff reporting period, Nov. 6 through Nov. 27, McLean's campaign raised about $2,000 more than Bieter.

Here are their totals for the runoff period:

The Boise mayoral race caps donations at $1,000. However, that total reset when the candidates entered the runoff election.

So far, the Bieter campaign had 45 donors give the maximum amount.

Voters still have time to donate, so it is entirely possible for both campaigns to see more donations before election day.

MORE: McLean and Bieter answer questions from the homeless

These totals, combined with the donations collected during the general campaign cycle, give Bieter an edge over McLean in total financing.

The grand total, through November 26th:

Breaking down the general cycle finances and comparing them to the votes on election night shows how much each vote was worth in donations.

McLean secured nearly 46% of the vote back in November, and each vote was worth about $10.32.

Bieter came in with about 30% of the general election vote, each of his vote was worth about $20.31.

McLean raised significantly less money, but her campaign did make the most out of each dollar.

Donations to campaigns can still be made, but at this stage of the campaign, only donations of $1,000 need to be disclosed in paperwork to the City of Boise.