McGee quit the legislature amid sexual harassment allegations in 2012, preceded by a drunken driving arrest on Father's Day a year before. 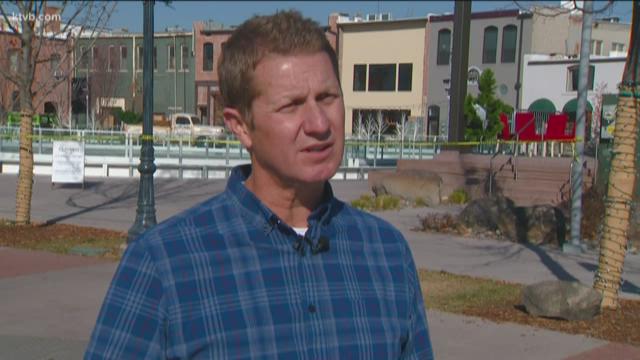 "We feel very humble that the community has decided to give me a second chance to serve.in a public capacity," McGee said.

McGee beat two other opponents to finish with 39% of the vote, enough to secure the council seat.

McGee quit the Legislature amid sexual harassment allegations in 2012, preceded by a drunken driving arrest on Father's Day a year before. The Republican senator stepped down before the Idaho Senate Ethics Committee could conduct an investigation on what happened. He spent 39 days in jail.

"When I did make a mistake I paid a very severe price for it, right," McGee said. "So now, my focus is doing the best I can and learning from any previous mistakes and just being the best servant to this community that I can."

Since his resignation from the Legislature, McGee has been slowly re-entering public life, including serving on the staff of an Idaho Supreme Court candidate, working at the Boise Rescue Mission, and working for the Downtown Caldwell Association.

"I've been involved a lot in the local community and so it's not like I need a lot of training or training wheels to make it happen and I kind of know what to do, so it's really just hitting the ground running and making this the best city to live," McGee said.