Tensions rose during the debate on the topics of transparency in governing and education funding. 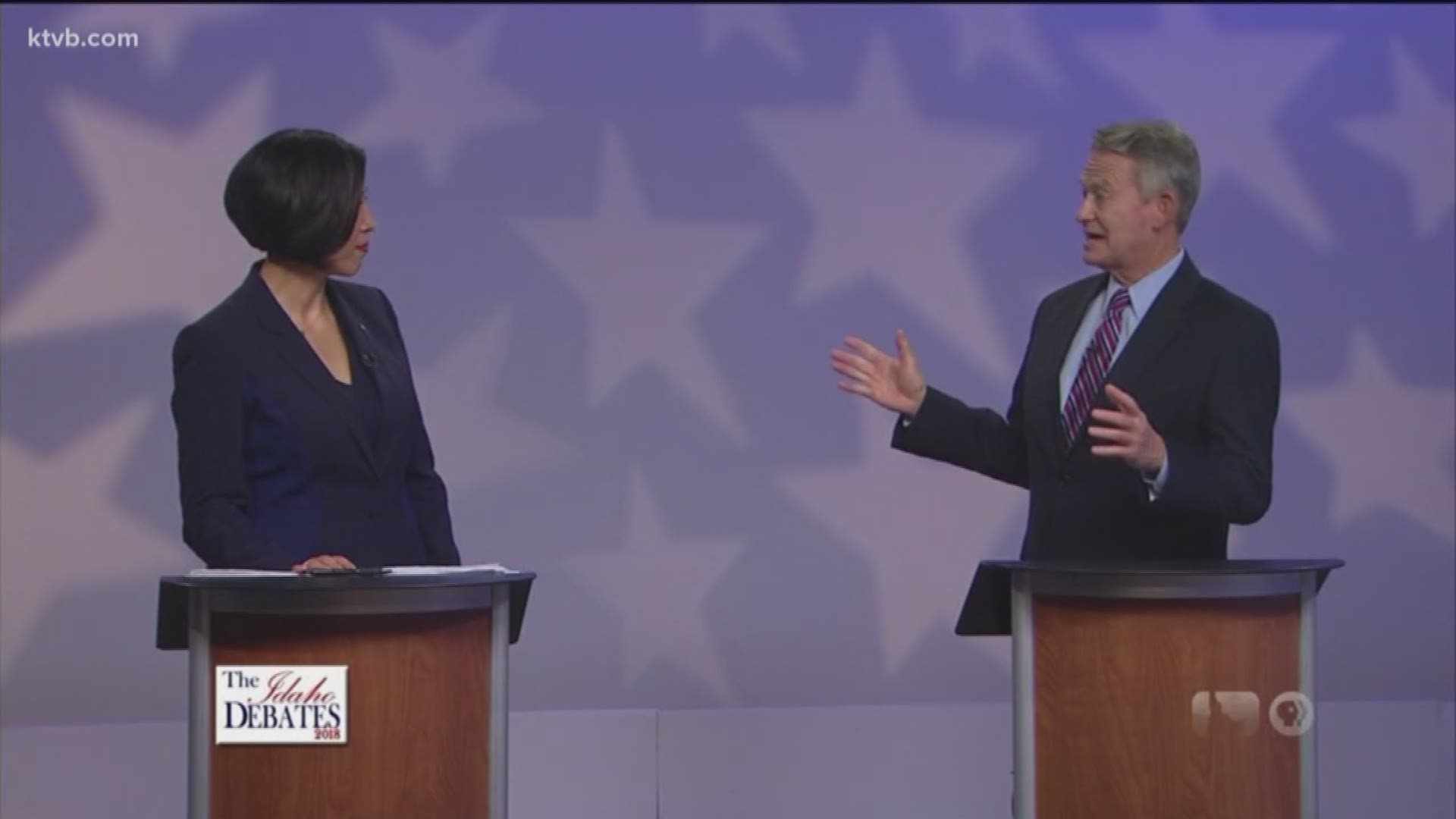 BOISE — It is the start of the debate season as we are just three weeks away from the general election.

And it got out of the gate in a hurry with a flurry.

KTVB’s Morgan Boydston was a panelist. She says the conversation between the candidates was really good. And while you never have enough time to cover all the topics, a lot of ground was covered.

The debate focused on everything from immigration to gun control to early education, and Medicaid expansion and health care.

Tensions rose on the topics of transparency in governing and education funding.

"The Little-Otter administration has failed the public good of Idaho,” Jordan said. “Once I'm governor I will fully show what transparency is about."

"Transparency is literally the mother's milk in the fact that there would be confidence of the people on what decisions are being made by their government,” Little said.

“I find it interesting that the lieutenant governor has refused to talk to the media, not only the local but national,” Jordan said. “So it’s odd you're saying this is about transparency and all of the things where you stand."

“I want to make sure that our listeners understand that you have not taken action so there is a lot of over-promising, which is what we have too much of,” Jordan said. “In fact when I grew up in this state I heard only promises and zero action."

“I'm proud of the fact that we lead the nation in increasing funding in schools, teachers,” Little said.

“Rate of increase, even though you think we're trying to get ahead. We may have gotten two steps ahead but we're still at the end,” Jordan said.

“We're not last in teacher pay. We lead every state around us in our ACT scores,” Little replied.

‘We've got some places that we've got a lot of work to do,” Little said.

‘We have a lot of work to do but it needs to be done under a new administration,” Jordan replied.

“I'm proud of what progress has taken place,” Little added.

It got heated at other points too, with Jordan often saying Little and Gov. Otter have failed the state in many areas.

Little sometimes scoffed and defended himself and the improvements he feels the current administration and Legislature have accomplished over the last several years.

In case you missed this debate, you'll have a chance to hear more from the candidates on Oct. 29 when Jordan and Little square off again on KTVB. That televised debate begins at 5:30 p.m. on Channel 7 and runs until 7 p.m. We hope you'll join us.