Candidates react to first ever mayoral runoff in Boise's history

The runoff election will be held on Dec. 3. Only residents living in the city limits of Boise will be able to vote. 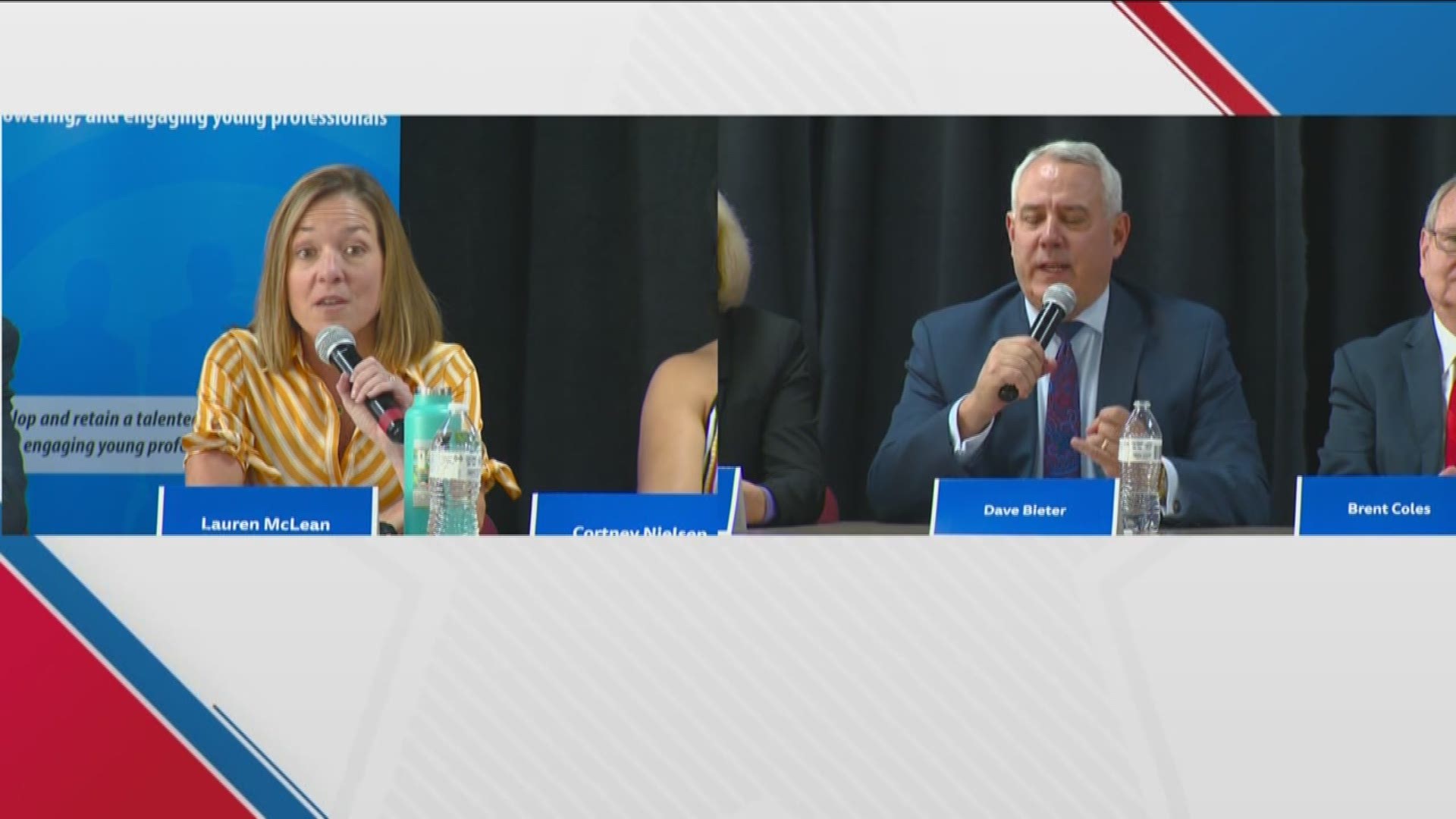 BOISE, Idaho — Preparations are underway for a first-ever mayoral runoff election in Boise. Lauren McLean earned 46% of the vote Tuesday night. Incumbent Mayor Dave Bieter received 30% of the votes. The rules say a candidate needs 50% plus one to win.

"We can make history if we give it our all in the next four weeks,” McLean said at her party on election night.

The celebration was short for McLean’s campaign as they geared up for the runoff that will now stretch this campaign for another four weeks.

"We are going to do what we've done this whole time which is talk to voters,” she said. “Where they're at, whether it's through a listening session or at their door, to text and phone call."

As the results kept coming in on election night, McLean’s lead slowly increased. Starting with around 42% of the vote, reaching as high as 47% before she finished the night at 46%. She said she was surprised to lead Bieter by 16%.

"You never walk into an election with an expectation that one you will win or two that you'll come out ahead,” she said.

Mayor Bieter wasn't available for an on-camera interview, but his campaign did release a statement that said in part,

"The results from last night's election made one thing clear - the people of Boise need more time and a robust dialogue to determine who their next mayor is. I welcome the opportunity to distinguish myself even more with my main competitor, Council Member McLean."

Both candidates will now be working to secure the vote from the residents that voted for one of the other candidates.

“We'll be focused on sharing our vision of a city for everyone, and me leading by example of regardless whether we agree or don’t agree I want to work with you,” McLean said. “This campaign is about working with everyone, and I'll be reaching out having conversations and hoping to earn votes."

In his statement, Bieter also talked about working hard until the runoff election date of Dec. 3.

"Over the next 4 weeks, we will work even harder to bring this election to more Boiseans so they can determine who they trust with the future of our city. On December 3rd, people will cast their ballots again and I have faith, together, we will make Boise the most livable city in the country.”

If McLean were to win, she would make history as Boise's first-ever elected female mayor.

“When I think about what that means for especially young girls and young women, and what and how important it is to recognize that, yes, that is a first and it is something I don't take lightly at all,” she said.

Carolyn Terteling-Payne was Boise’s first female mayor. She was appointed mayor after Coles resigned in 2003.

“Carolyn Terteling-Payne came into the mayor's office at a time the city needed someone to fix some problems, and she did an amazing job and she's been an inspiration to many of us for many years.” McLean said.

RELATED: Who raised the most money in the Boise mayoral race?

Early voting will take place the two weeks before election day. Polls will be open 8 a.m. - 5 p.m. Monday through Friday, with the exception of Thanksgiving.

On election day, Ada County Clerk Phil McGrane said he expects all 88 of precincts to be open in the city of Boise, and the hours will be 8 a.m. - 8 p.m. Same day voter registration will be available at the polls.

The election is expected to cost the city of Boise $100,000, according to McGrane.