Boise voter pamphlet has inaccurate information due to deadline

The city was planning to ask voters if they supported the library project, but changed course after the deadline for the pamphlet. 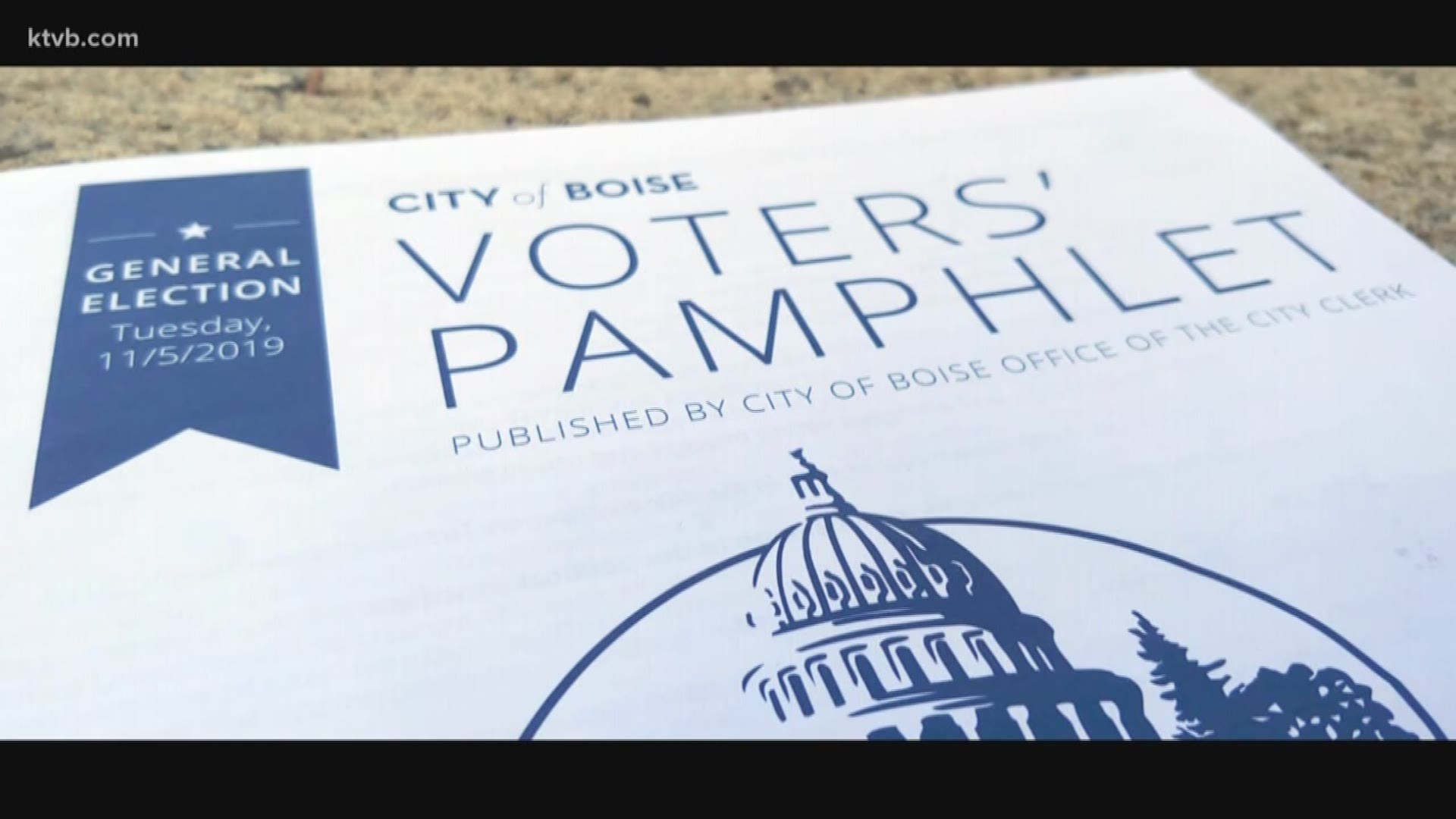 BOISE, Idaho — An informational guide for Boise voters was sent out with incorrect information due to the city’s abrupt course change on the main library project last month.

The argument against Proposition 1, which asks Boise voters if they would like to vote on any library project more than $25 million, says voting yes would be irrelevant because there will be a special election question on the same ballot asking voters more directly if they support the controversial proposed main library rebuild.

However, this special election question, initially proposed by the city council, will no longer be on the ballot.

Boise Senior Administrative Services Manager Craig Croner said the inaccurate information in the argument and rebuttal written by the Boise Public Library Foundation cannot be changed because Idaho state code required all of the responses by Aug. 1. This was about two weeks before Mayor Dave Bieter announced that the special election question — where voters would have directly voted on the library project — was no longer possible; the mayor also paused the library project because of cost overruns.

“Our stand is to make sure we go by state code,” Croner said. “...Our job as the city clerk is to receive the documents, follow state code and provide the documents as we received them.”

The city was planning to put a question on the Nov. 5 ballot asking voters if they supported the library project. It would have been an advisory vote.

This plan did not come to fruition after Ada County Clerk Phil McGrane told the city of Boise in mid-August the city didn’t have the authority to put such question on the ballot, at the advice of Secretary of State Lawerence Denney and Attorney General Lawrence Wasden.

Idaho state code requires a voters’ pamphlet be mailed out with information on any ballot initiatives, including arguments for or against the ballot questions, sourced from advocacy groups. Boise Working Together wrote the arguments in favor of both propositions.

If the majority of voters choose yes on either or both of the initiatives, there would be another election later on, once projects are introduced that meet the requirements set out in the ballot language. Currently the main library is on pause, and the sports park is still in talks with developers and the Greater Boise Auditorium District, so there are no details available.

David Klinger, a member of Boise Working Together, expressed frustration that no one changed the language in the pamphlet and said it’s confusing voters. McGrane did not officially say the special election question would not be put on the ballot until mid-August, but Klinger and the rest of his group argue there were questions about its constitutionality as early as July.

“We do … believe that all citizens are entitled to correct, accurate, and up-to-date information as they are making their own personal voting decisions in the sanctity of their homes or in the voting booth,” he said in an email. “It is regrettable that errors in the recently-released decision document should cloud that process.”

In response to concerns about confusion, Croner said any confusion in this situation comes from the groups submitting arguments for or against the ballot initiatives.

A representative from the Boise Public Library Foundation could not be reached for comment Thursday.