Bernie Sanders came in second in what was a close race between the two Democratic front-runners. 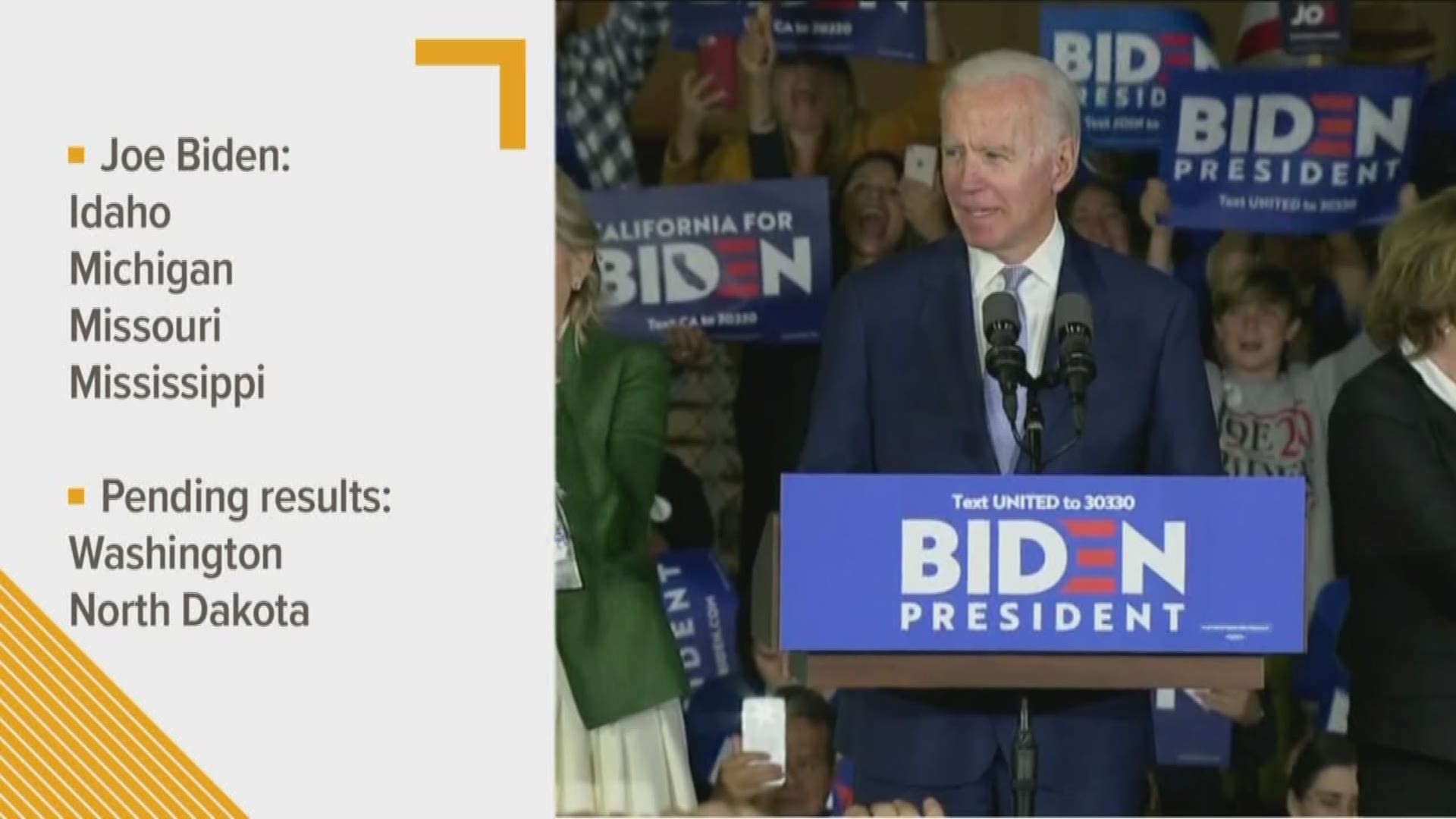 With 100% of precincts reporting late Tuesday night, Biden had received 49% of the vote, while Sanders had 42%, according to the Associated Press. That means Idaho's 20 pledged delegates will be split between the two with Biden getting 11 and Sanders getting nine.

Elizabeth Warren, who suspended her campaign last week, came in third with 3% of the vote. Michael Bloomberg and Pete Buttigieg, also no longer active candidates, round out the top five with a combined 3% of the vote.

Besides Biden and Sanders, the only other candidate still the race is Tulsi Gabbard, who picked up just 1% of the vote.

In Idaho's Republican primary, incumbent President Donald Trump was declared the winner just minutes after the polls closed Tuesday night. With 94% of the vote, he claimed all 32 of the state's GOP pledged delegates.

The winner in the Constitution Party was Don Blankenship, who claimed 237 votes, or 27.49% of the ballot.

Idaho was one of six states to hold presidential primaries on Tuesday. In addition to winning Idaho, Biden was also the projected winner in Michigan, Missouri, and Mississippi.

Results were still being tallied in Washington and North Dakota late Tuesday night.

On Tuesday, 352 Democratic delegates were up for grabs. In the race for the 1,991 delegates needed to win the nomination, Biden led Sanders 670-574 before Tuesday's results, according to an Associated Press allocation. However, 89 delegates from Super Tuesday have yet to be allocated.