Students in the Boise and West Ada school districts will go to school virtually on Election Day so schools can host polling sites. 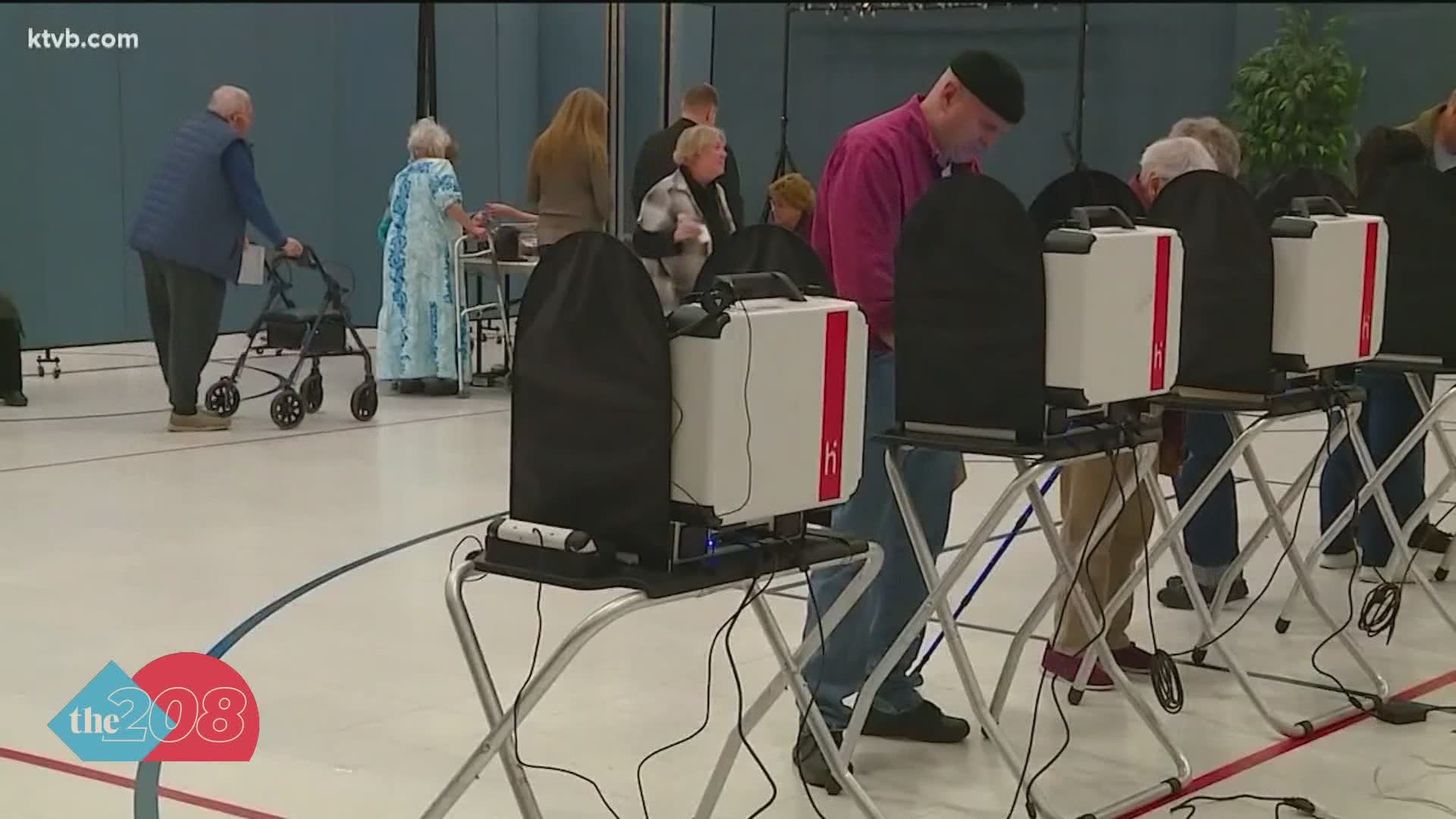 BOISE, Idaho — Thousands of people are expected to cast their votes on election day in Ada County.

With COVID-19 in mind, the Ada County Clerk’s Office teamed up with the Boise and West Ada school districts to create polling locations that allow for social distancing.

According to McGrane, the ideal polling location is a school gymnasium. So, for this election the Ada County Clerk’s Office worked with the school districts to host polling locations at dozens of schools, and also co-locate smaller precincts into bigger venues. To do this, schools are also altering their plans on election day.

Both Boise and West Ada school districts will clear out the schools and go virtual on Nov. 3.

Boise School District spokesman Dan Hollar told KTVB that being a community resource for voters was important to them, even if it meant altering the school schedule a bit.

“We gave a lot of thought to how we can make this happen,” Hollar said. “Mondays for us are all virtual days but to move that to Tuesday, November 3rd in light of the pandemic and making sure we are focused on doing not only everything we can to keep everybody safe, but to continue to support our community.”

The Boise School District's COVID-19 plan includes limiting student exposure to visitors on school grounds. By making the day virtual, they don’t risk student and voter crossover during the day.

McGrane said his office really appreciates the flexibility from the schools and that it’s making a huge difference for voters.

“Honestly without the support of the school districts and having the availability of schools for polling places, Ada County would have also had to dramatically reduce its number of polling locations," he said. "So really, this partnership has been a huge relief to all of us."

Hollar said it was important for the district to be an asset to the community this election.

The partnership between the schools and clerk’s office extends beyond just hosting polling sites. High school students are getting the chance to be involved with the election process.

“Every polling location in Ada County will have two high school students serving as poll workers as well,” McGrane said. “We rolled out over this past year our electronic poll books and we really wanted to take advantage of younger people being able to help support the new technology at the polls. So we will have two high school students who are specifically trained to help assist with those electronic poll books in every location. They are getting school credit for being there and it’s a great civics opportunity to get engaged.”

The Boise School District says they are excited to get students involved in the process.

“We were happy to provide that opportunity for our students, what a great learning environment for them," Hollar said. "What better way to learn about how an election year operates and learn more about the process of participating in an election.”

Watch: We asked some of your November election questions during KTVB's virtual town hall