A total of 867,250 Idahoans cast a ballot for this year, out of just over one million registered voters. 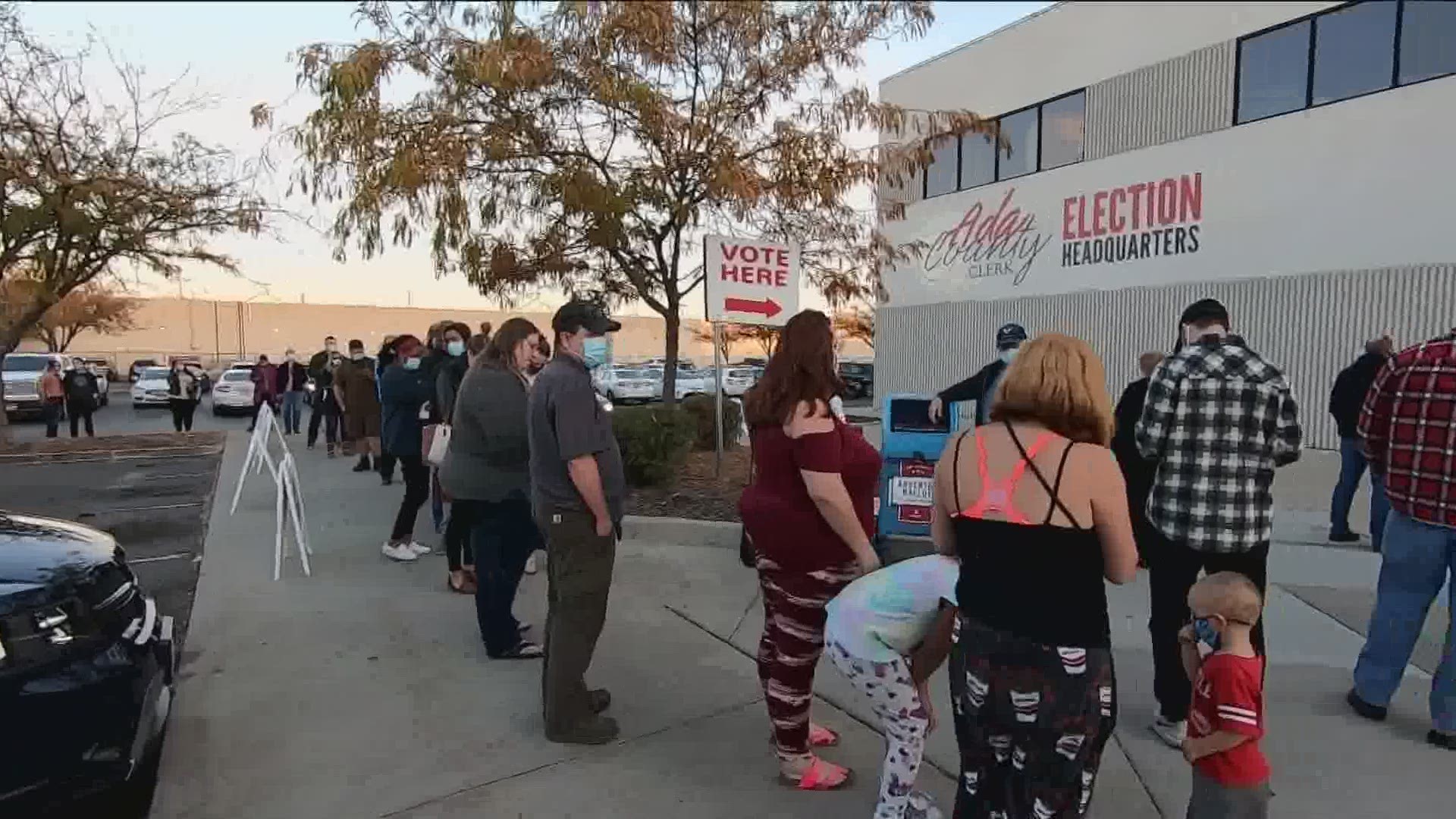 BOISE, Idaho — Voter turnout spiked for the 2020 election in Idaho, likely due in part to the option of mail-in ballots ahead of the Nov. 3 Election Day.

A total of 867,250 Idahoans cast a ballot for president this year, out of just over one million registered voters, according to the Idaho Secretary of State's Office. President Donald Trump won Idaho with 64% percent of the votes, but other states around the nation are continuing to count ballots, and neither Trump nor Democratic candidate Joe Biden has received enough Electoral College votes to claim victory.

The turnout is a major jump from the 2016 presidential election, in which 710,545 people voted in Idaho.