Voters will go to the polls in November to decide whether or not to move forward with a vote on the two projects. 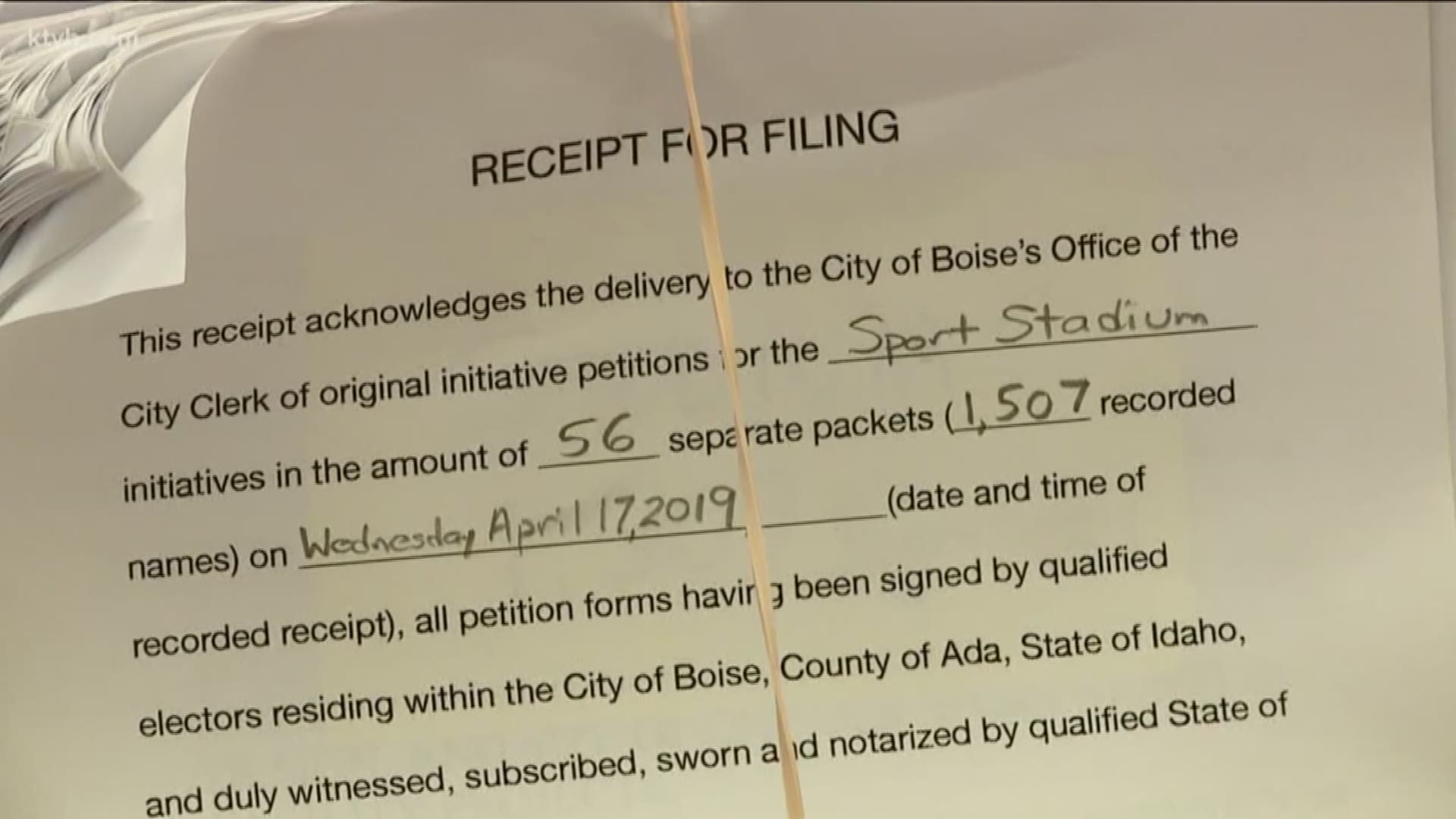 BOISE, Idaho — Boise voters will now have a say in two proposed projects: a new city library and a sports stadium.

Ada County Clerk Phil McGrane confirmed on Thursday that his office has verified enough signatures from petitions filed earlier this month to put the projects on November ballots.

According to Boise city spokesman Mike Journee, this will be a two-step process. In November, voters will decide whether they want a public vote on the two projects. If voters approve those initiatives, they will be asked in a future election whether the city should complete the projects.

In other words, November's election will be a vote on whether to vote on the projects.

On May 1, a grassroots' citizens group called Boise Working Together, filed more than 7,000 signatures on each project with the Boise City Clerk's office. The goal was to allow residents to be able to vote on the projects.

"What we see here is the democratic process at work. I respect the citizen engagement behind it and the passion for our community it represents. Now we will continue the conversation with Boise voters about the Main Library Campus, a project I strongly support as a tremendous asset for economic equality and prosperity for Boise’s future and people."

David Klinger, with Boise Working Together, said they're pleased with the news because it means residents will have a voice. He said it's not about whether or not people want the library or stadium - it's about being able to have a say in city projects that directly affect residents.

"We delivered on what we said we would get for them, which is an opportunity to be heard in the form of a vote in November," Klinger said. “We think that anytime projects of this magnitude come down the pipe, there has to be a greater engagement with citizens.”

Klinger said the group didn't feel like the city had done that with the two current proposed projects because the most common feedback they've heard from residents is they knew nothing or very little about the projects.

“We did not take a position in Boise Working Together either for or against a library or a stadium," he said. "We said we will get you a vote and an opportunity to be heard.

“What these petitions do is say to the city government, if you plan to proceed on projects – library or stadium projects – of a certain dollar amount, you must go to the citizens for their consent in the form of a vote,” Klinger added.

Each project needed a minimum of 4,962 signatures, or 20 percent of the voter turnout from the last city election.

The clerk's office had to confirm the signatures were residents of the city of Boise and that they were registered voters. On Thursday, it verified 5,610 signatures on the stadium and 5,698 on the library.

Klinger said the next steps are up to the city.

"The City Council has the option of adopting the language of the petitions as a formal city ordinance, or watching it go onto the November 2019 ballot," he said. "In essence, the ball is now in the City Council’s court."

If the resolution does appear on the ballot, it needs a majority vote to pass. Both Journee and Klinger expect the initiative to be on November ballots.