Clerk Phil McGrane told lawmakers in a working group on Monday there are a number of concerns surrounding the November general election. 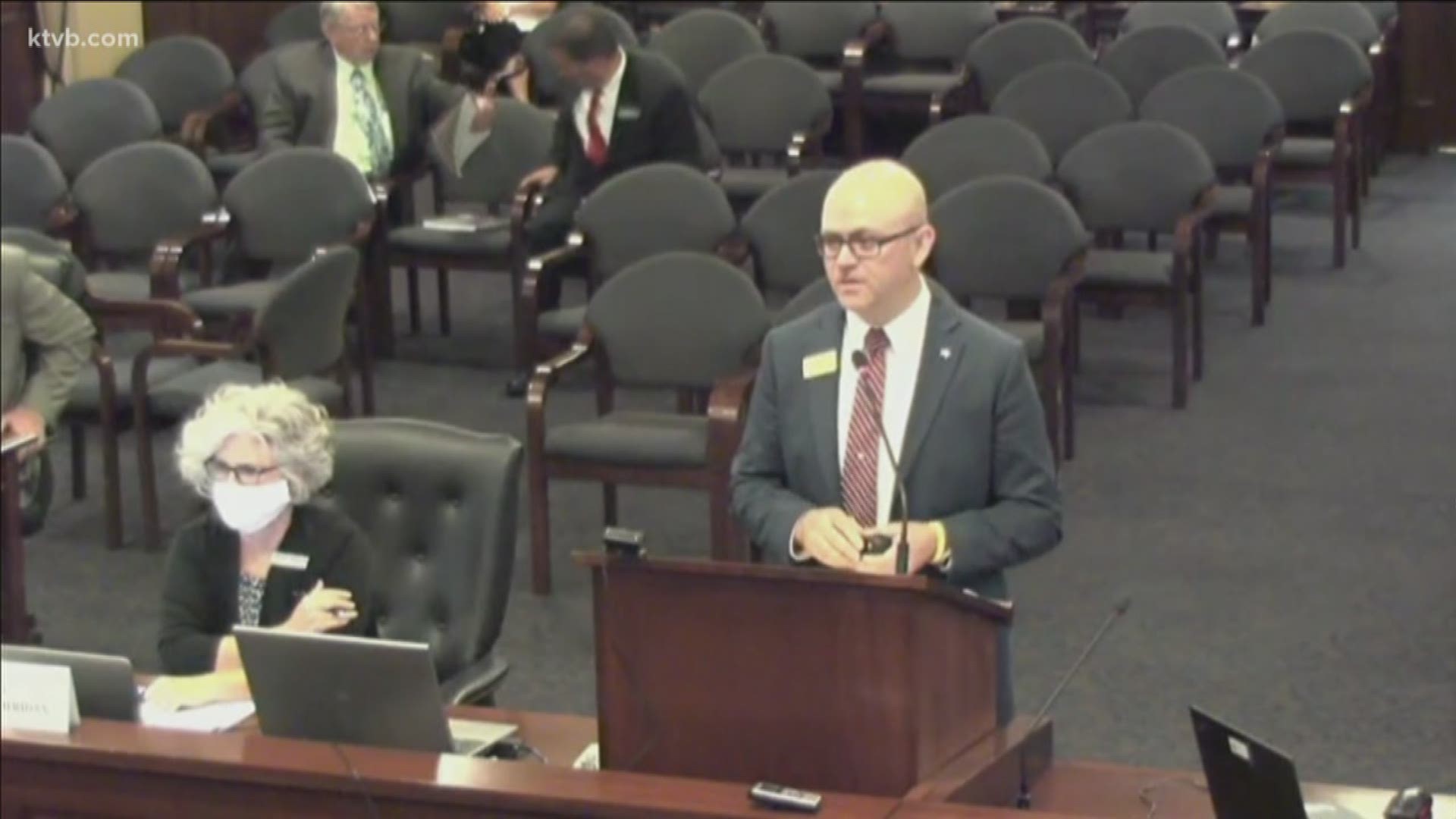 McGrane says a special session is needed to address concerns about the upcoming general election in November.

“The governor's [by-mail-only voting] proclamation only applied to the May election, so as it stands right now, elections are at your polling place as normal,” McGrane said.

The only two bodies that could change the format for the November election are the governor and the Legislature.

“We're going to have huge mailings from the get-go,' McGrane said. "I already have over 100,000 requests for absentee ballots in Ada County alone. At the same time, I have to figure out how to have in-person voting - whether that's at a polling location, a vote center or some other form, so we're trying to work through all of those details.”

McGrane presented draft legislation that would address the concerns. His proposed legislation would lower the number of polling locations because of an expected shortage of poll workers, who are generally older and could be more vulnerable to COVID-19.

“So, I proposed the idea of adding vote centers," McGrane said. "Vote centers would be much like a polling location but anyone from anywhere in the county could go to one of those locations and vote. You wouldn't have to go to your specific spot."

Members from both sides of the aisle had their concerns, including Senate minority leader Michelle Stennett. She urged caution in making big changes without a lot of time to implement those changes or make the public aware of them.

“They were talking about possibly having a special session convened so they could do many more things in a very short period of time," Stennett said. “Which I think concerns many people, and myself included, to do things hastefully as a matter of security, as a matter of safety for security in elections and safety for people involved particularly our poll workers.”

Instead, Stennett would much rather see an all-mail-in election - similar to the May primary - in November. She said this would be the most efficient and safest way of holding it. The legislative changes can be reviewed when the lawmakers return to Boise in January for their regular session, Stennett said.

However, he too is skeptical about voting centers for the November election.

“Everything we’ve been told about responding to the coronavirus is keeping people apart,” he said. "So, my concern is we’re having voting centers in lieu of precincts, I think we’re concentrating people.”

He also doesn't support changing the November election to mail-in-only.

“I'm an individual who values my freedom and the freedom of everyone else,” Monks said. “I think frankly you should have that choice where you get to vote.”

McGrane told KTVB that any decision needs to be made sooner rather than later.

“We need to make those decisions now because we’re trying to acquire the materials and supplies to do it,” he said.

County clerks don’t have the authority to implement a mail-in-only election, so that’s why he’s bringing his concerns to the Legislature now so they can address them.

“I don’t have the legal authority to make that decision," McGrane said. "If we’re going to consider an all-mail in election, we need a special legislative session to do it. That’s why we’re there at the Legislature asking for help.”

He also wants the Legislature to address the mailing and receiving of ballots.

“Four years ago, for the May primary election, Ada county mailed out just under 3,000 absentee ballots in 2016. In 2020 for the same election, we mailed out 130,000. That is a significant increase in the amount of mail we're handling,” he said.

Another concern that needs to be addressed, according to McGrane, is how to provide a polling location for those who have COVID-19.  Just because they're sick doesn't mean they lose their right to vote.

No action was taken at the meeting. The same working group will meet again on August 10. Gov. Brad Little would need to call the special session for it to happen.