The House voted to send to the Senate the bill that has work requirements for potential Medicaid recipients. 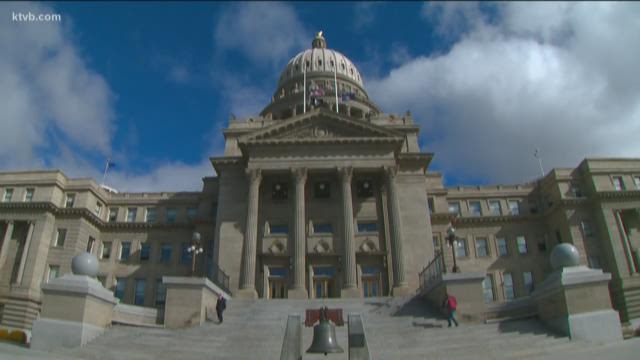 BOISE, Idaho — Dueling versions of legislation involving Medicaid expansion in Idaho advanced in both the House and Senate on Thursday.

On the House side, representatives voted 45-25 to send to the Senate the bill put forward by Nampa Republican Rep. John Vander Woude and that has work requirements for potential Medicaid recipients.

Meanwhile, the Senate Health and Welfare Committee voted 5-4 to send to the Senate legislation put forward by Republican Sen. Fred Martin that includes voluntary work for recipients. The bill received support from Reclaim Idaho, the group behind the voter-approved initiative that passed in November with 61 percent expanding Medicaid.

Martin, who has backed the voter-approved law that doesn't require work requirements, calls his legislation a compromise bill.

"My intent with this is to change this from 'us against them' to 'we,'" he said. "I'm hoping we can come together on this."

The House version, in addition to a 20-hour-per-week work minimum, would require people who are between 100 and 138 percent of the federal poverty level to continue paying for private insurance on the state-run health exchange. That requirement would only be lifted if the state fails to get federal approval for the plan by the start of next year, in which case those individuals would be moved to Medicaid coverage.

Voters authorized Medicaid expansion with an initiative called Proposition 2 in November after years of inaction by the Idaho Legislature. The expansion will provide access to preventative health care services for about 91,000 low-income Idaho residents, according to a risk management company hired by the state. The federal government would cover 90 percent of the estimated $400 million cost.

But many Republican lawmakers in the GOP-dominated Legislature oppose Medicaid expansion. Among their concerns are potential costs and what they have said could be an incentive for people not to work.

"That's our job as government: to allow them the freedom and opportunity. It's not to give them everything, but it's to allow them to better themselves," said Idaho Falls Republican Rep. Bryan Zollinger during debate on the House bill, which includes the work requirement. "It makes a person feel good if they're doing their part and their best, and I think people will want this."

Those opposed to the House bill argued that the mandatory work requirements will cost the state more money to administer while eliminating thousands from coverage and creating additional costs to the state for indigent care for the uninsured. They also said its fiscal note changed daily and was inaccurate.

The bill "is possibly the most half-baked thing I've seen in my years in this body," said Boise Democrat Rep. Ilana Rubel. "This is so far from what the voters voted for, it's not even a pale shadow of Proposition 2."

She said the work and other requirements would cost the state $3 million to $4 million annually to administer while causing, by her estimate, 22,000 people to not be covered. She said health care costs generated by those uninsured people could ultimately be picked up by the state.

In the Senate committee, senators talked openly that the House side was moving Medicaid legislation and felt compelled to get something to the Senate floor.

"I feel it's very necessary that we pass this out with a 'do pass,'" said Twin Falls Republican Sen. Lee Heider.

The 'do pass' is notable because the House committee that sent that legislation to the full House did so with no recommendation.

The first section of that bill directs the Idaho Department of Health and Welfare to look into the possibility of the federal government rather than the state paying for care of some people with mental health issues. Another section seeks to make sure all individuals eligible for Medicaid have access to work or job training.

RELATED: 'Sometimes you get into these quagmires': Medicaid expansion funding keeps lawmakers from going home

So with two opposing bills both going to the Senate floor, what does that mean for Medicaid expansion?

"That's a really great question because we have an interesting quandary where we have two bills both seeking to alter Proposition 2 on Medicaid expansion but in different ways,” Rubel said.

Sen. Brent Hill. (R - Rigby), Senate President Pro Tempore, also said it's hard to say what comes next but both bills can't become law so there's going to have to be some sort of compromise between House and Senate members.

“We’re going to have the two choices to look at," he said. "And we have to look at, number one, what do we like the best out of the two bills? Or, some won’t like either bill. Number two, what do we think we need to pass in order to get the funding we need for Medicaid so that it passes both houses and makes it to the governor’s office?”

Rubel said there are a lot of different things that could happen for next steps. She said the Senate could pass House Bill 277 as is. It could also reject it. The Senate could make slight modifications to the bill, or it could completely gut the bill's language, reword it and then pass it on under the same bill number.

"But these are quite different bills so I'm not sure that's their best option,” Rubel said.

She also said there's another possibility.

"Likely what will happen is there will be some sort of backroom meeting between leadership of both sides where they decide how they want to massage it," she continued. "And I certainly hope that they include a lot of parties in that because this is a very big deal.”

Hill added that most likely, there will be some form of communication between members of the House and members of the Senate to try and reach an agreement on one of the bills to push forward to the governor.

“I think you’re going to see the Legislature settle in on one of the two bills or maybe even some slight modifications to one of those two bills,” he said.

Idaho would not be the first state where added recipient requirements have been considered. Utah passed sweeping changes to a voter-approved Medicaid expansion earlier this year, cutting the number of people covered nearly in half and adding work requirements.

Also last month, the state Supreme Court upheld the voter-approved initiative for Medicaid expansion following a challenge from a conservative group that argued it was unconstitutional.

Gov. Brad Little has said Medicaid funding must be resolved before the legislature can adjourn for the 2019 session.