VERIFY: Can the Electoral College change the 2020 election results?

33 states and the District of Columbia have laws upheld by the Supreme Court that prohibit faithless electors. 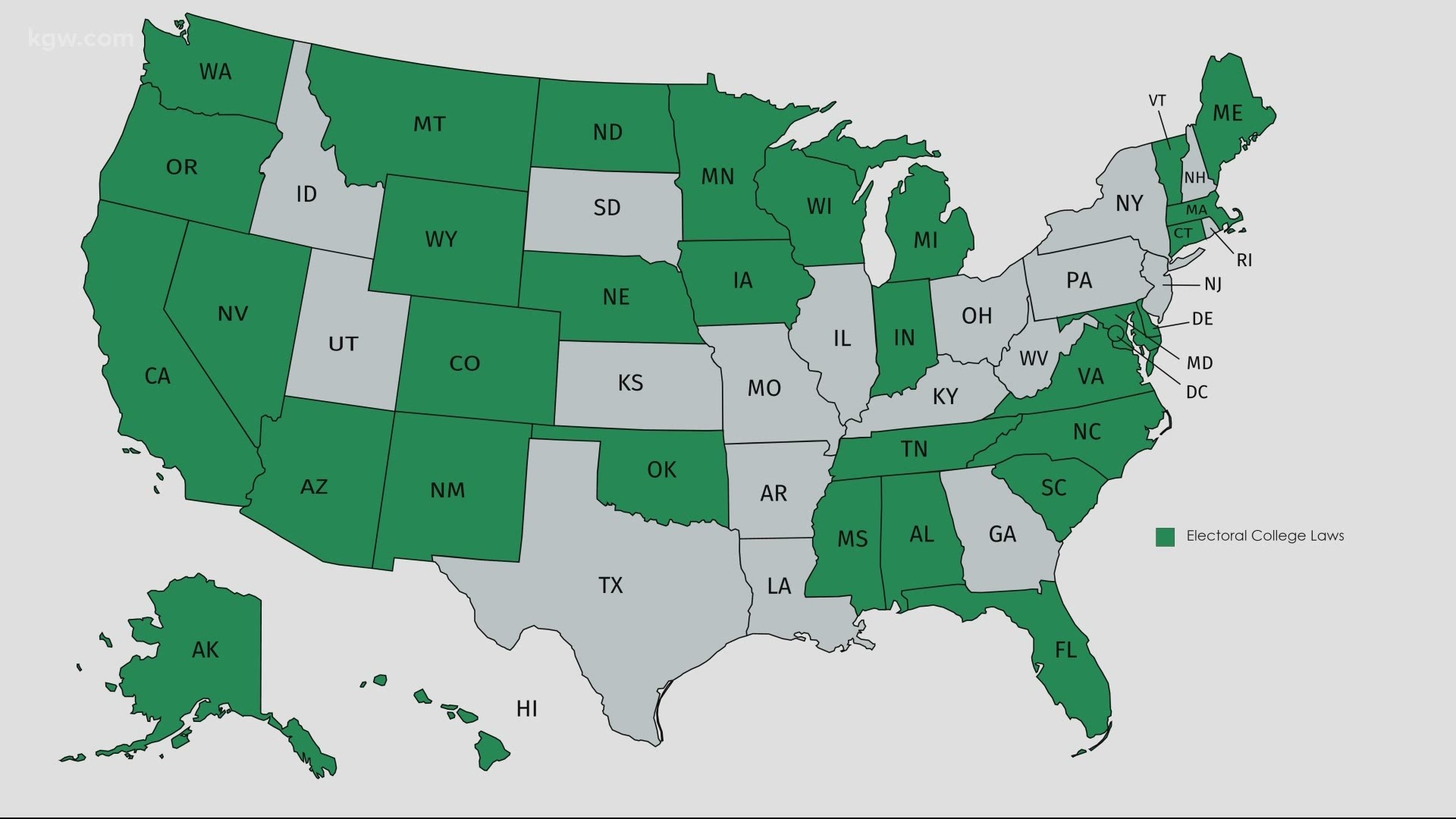 PORTLAND, Ore. — It has been over a week since Election Day and Joe Biden has been declared the president-elect.

KGW viewer Helen Rutherford asked, "What is to prevent the Electoral College vote to be changed to Trump's favor, as it was in 2016 even though he has not won the popular vote in the 2020 election?"

So KGW set out to Verify: Can the Electoral College change the 2020 presidential election results?

To start, we looked back at the 2016 presidential election. The Electoral College vote was not changed in 2016. We spoke to Portland State University Associate Professor of Political Science Chris Shortell, who said, "although there were 7 faithless electors who cast a vote for the candidate who did not win the majority of votes in their state, this did not in any way change the outcome of the election and is quite rare. 2016 was the first election in over 100 years to have more than one faithless elector."

It is extremely unlikely, said Shortell, that the Electoral College will cause a changed outcome in the 2020 presidential election.

More than 37 Democratic electors would have to switch their pledged votes to change the outcome of the election. This number of faithless electors it would take to change the results would be unprecedented and highly improbable.

In addition, the electoral slates are selected by their respective parties. Shortell added, "Where Biden won the most votes in a state, the Democratic slate of electors gets to cast a vote. In states where Trump got more votes, the Republican slate of electors will cast the votes. These electors are not random people- they are party loyalists and activists who are selected because of their commitment to the party."

It should also be noted that 33 states and the District of Columbia have laws upheld by the Supreme Court that prohibit faithless electors.

KGW can Verify: There is no precedent for the Electoral College to change the election results in Trump’s favor. U.S. presidents are not decided by the national popular vote, but by winning in enough states, and the electors in these states are often bound by law to vote for their respective party. Electoral College members are also selected due to loyalty to their party.

Do you have something you want us to Verify? Let us know. Email us at VERIFY@kgw.com