He also called on Boiseans to find alternatives to single-occupancy vehicles. 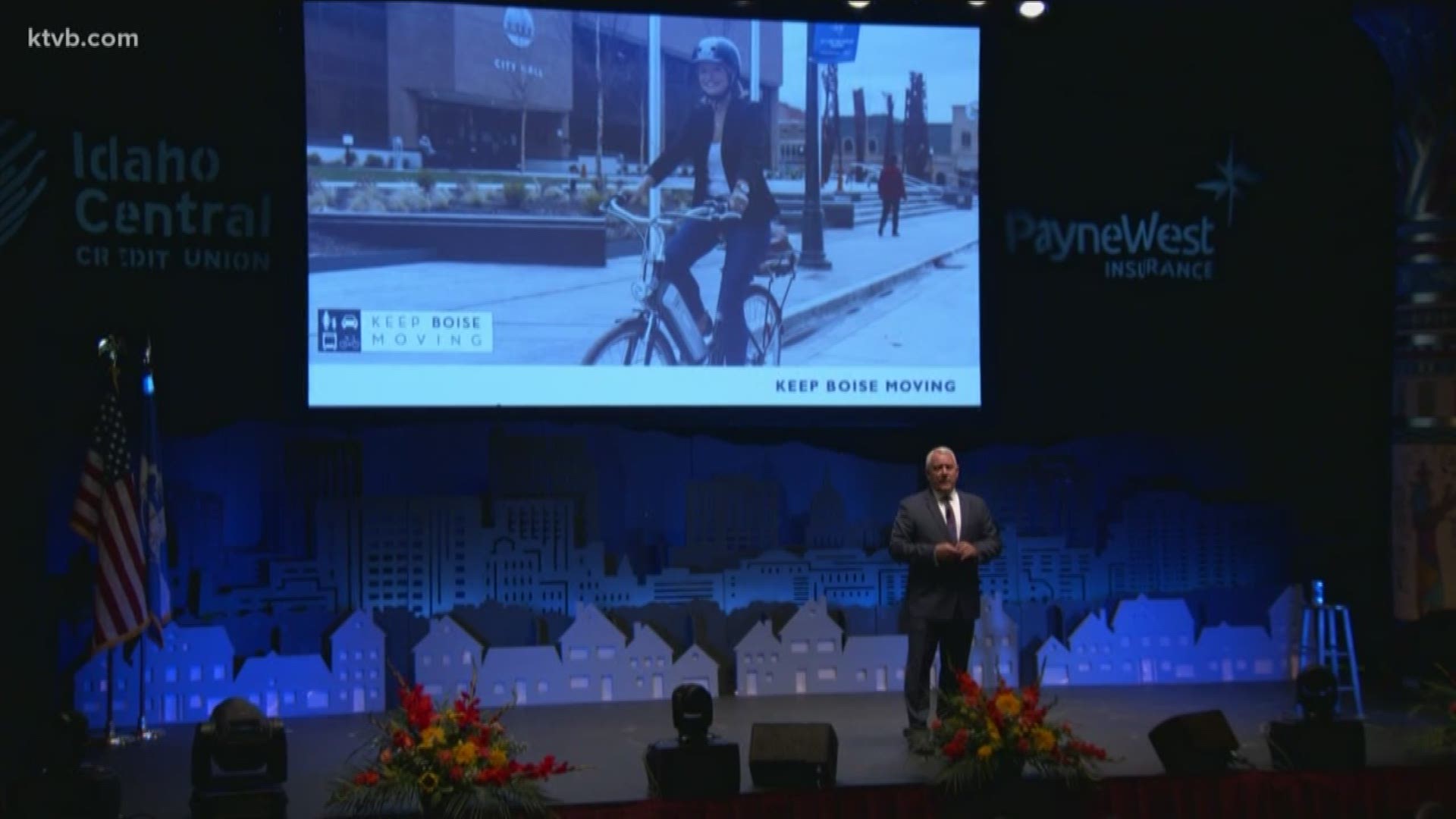 Boise Mayor David Bieter outlined the city's highlights and priorities, from the past to future plans, during his the annual State of the City address Wednesday at the Egyptian Theatre.

He called on partners who worked with the city on those projects to turn their attention to 166 families with children who need homes.

Another big issue, the mayor said Boise has to be creative when it comes to another pressing issue: traffic and transportation, as there are limited funds for expanding transit, and another agency, ACHD, oversees the city's roads.

Now, he's urging the people of Boise to address the growing traffic issues in ways that each one of us can control.

"Relying nearly exclusively on single-occupancy vehicles is not the way we're going to go in the future. We need biking and walking and carpooling and transit, and even scooters, when the time arrives - even if it's just one trip a day," said Bieter. "Eighty-one percent of our trips are in single-occupancy vehicles. What if we could lower that 10 percent? That's our goal: 10 percent over the next 10 years.

Bieter is in his fourth term as Boise mayor.

He is running for re-election in a race that has six challengers.