Who raised the most money in the Boise mayoral race?

Candidates in the mayoral race have been bringing in thousands of dollars, even more than recent statewide races. 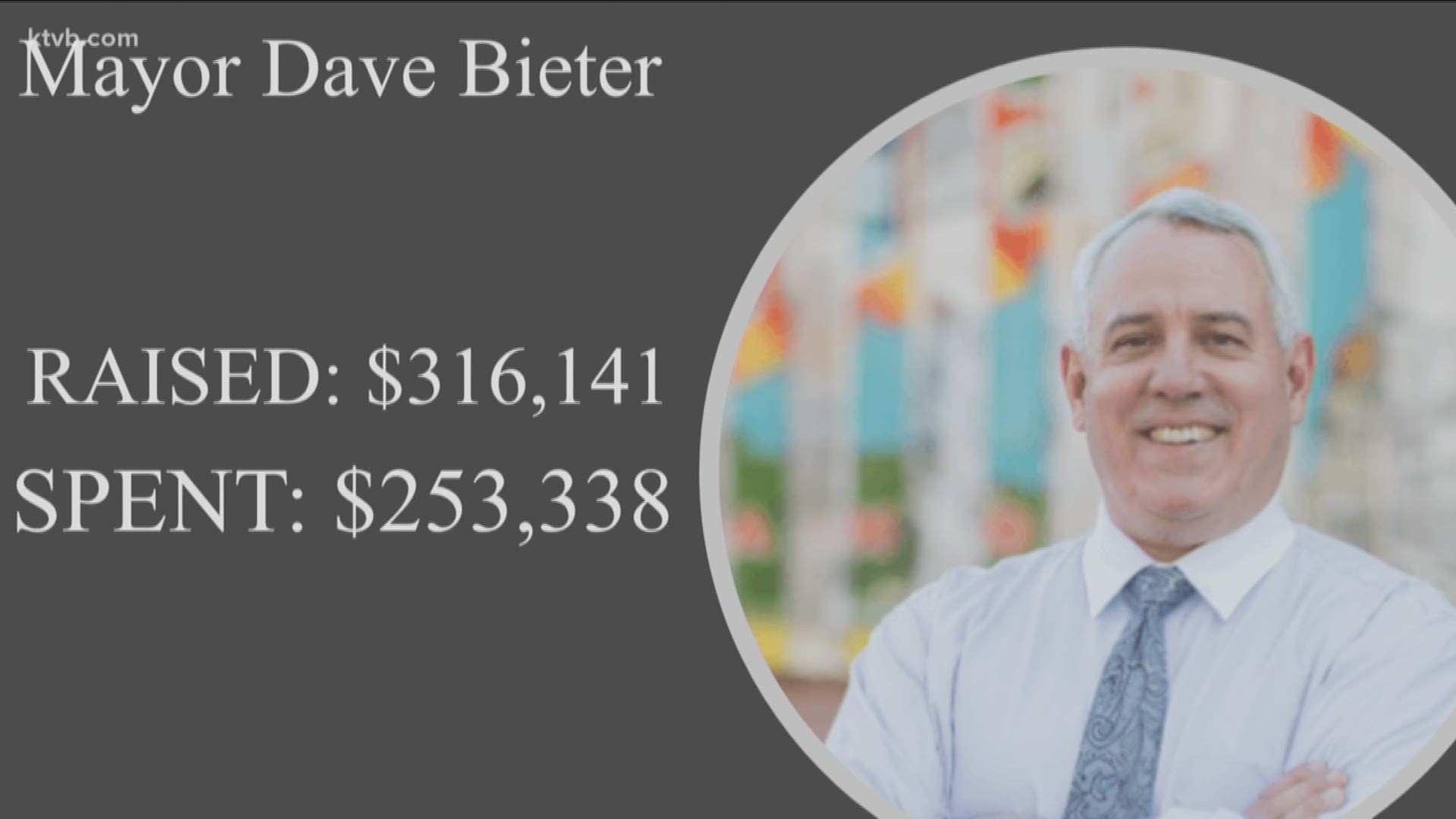 Next Tuesday, Idahoans are set to make some big decisions across the Gem State.

In Idaho’s capital city, candidates in the mayoral race have been aggressive about political fundraising and spending.

Who raised the most in Boise?

"There is a lot of money going, especially into these mayor races, more than we've seen historically, and not just historically for mayor's races, but races in general,” said McGrane. “Idaho is not known for huge amounts of money going into elections, and this election is starting to show some of these signs that these are getting more serious, and more money is being poured into local politics."

McGrane adds that the entire race is bringing in more donations than the big statewide races did last year.

"To put it into contrast, Mayor Bieter has raised more money than any of the statewide officers raised last cycle, other than the governor candidates. Doesn't matter, that's lieutenant governor, superintendent of public instruction, he has raised more. And, Lauren McLean, most likely by election day, will have raised more than those candidates as well,” explained McGrane.

Something else to keep in mind, starting January 1, 2020, campaign finance reporting will change across the state.

A new statewide system will streamline all races and the finances that play into them.

This is part of sunshine laws that were recently expanded.

It's all in the spirit of transparency, so everyone, not just journalists and politicians, can keep track of the money.