'The voters have spoken': Boise mayor calls for a pause on library project

Mayor Dave Bieter said he's heard from the voters and it is clear they want a different version of the project. 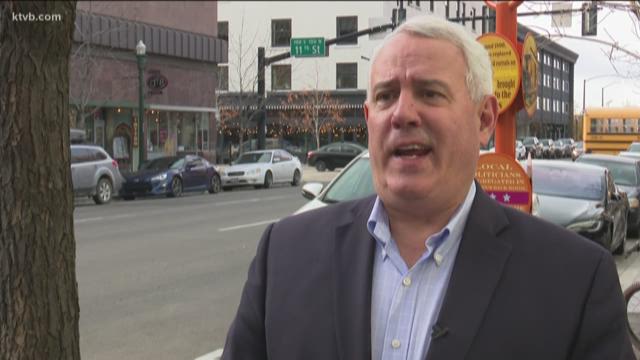 Boise Mayor Dave Bieter announced Monday that he will recommend an immediate reset to the Main Library project.

He says the pause is in response to estimated costs for the project going beyond the initial budget set by the City Council and the need for further public dialogue.

"The voters have spoken, and they said we'd like to take another look at this and we understand that," the mayor said.

Bieter said he will take his recommendation to the Boise City Council, but he still believes a new library is vital to the city.

"It's a vital part of what we do and we need a new library," he said. "We're anxious to get out and tell people more about it, and get their thoughts and move forward with a project that works."

This time around, Bieter said he plans on getting the public much more involved in the decision-making process.

"We did about 30 different outreaches the first time, and we'll do 60 now or however many it takes," he said. "We'll engage the public and get it right."

Bieter is facing a runoff election on Dec. 3 against City Council President Lauren McLean. They were the top two voter getters in the Nov. 5 election. McLean received 46% of the vote, while Bieter got 30%. Since neither got a majority, there will be runoff.

McLean told KTVB it was clear to her that people were not happy with the library project.

"They value libraries just as I do, but they wanted to see this done differently and lead with a different style of leadership," she said. "It didn't take an election night to show me that, and the public knows clearly they can have better and they want better."

She said she was interested in working with the citizens of Boise to come up with a project that doesn't break the bank, like the former project.

"Residents of this city were clear that they hope to see a downtown library more reflective of the budget needs today," she said. "While still providing the opportunity and education and access that a library provides."

McLean supports the idea of constructing a new library downtown, but said the public needs to be involved every step of the way.

"I've been constant in my belief that you can actually honor the will of the people, and the ballot measures and ensure we have a library that is worthy of the city and celebrated by the community," she said.

Bieter said he plans on doing even more outreach than was done before, and that he's interested in working with the people to come up with a new downtown library.