Some people who testified called some of Mayor Lauren McLean’s new programs wasteful spending, while others rallied for reallocating police funding. 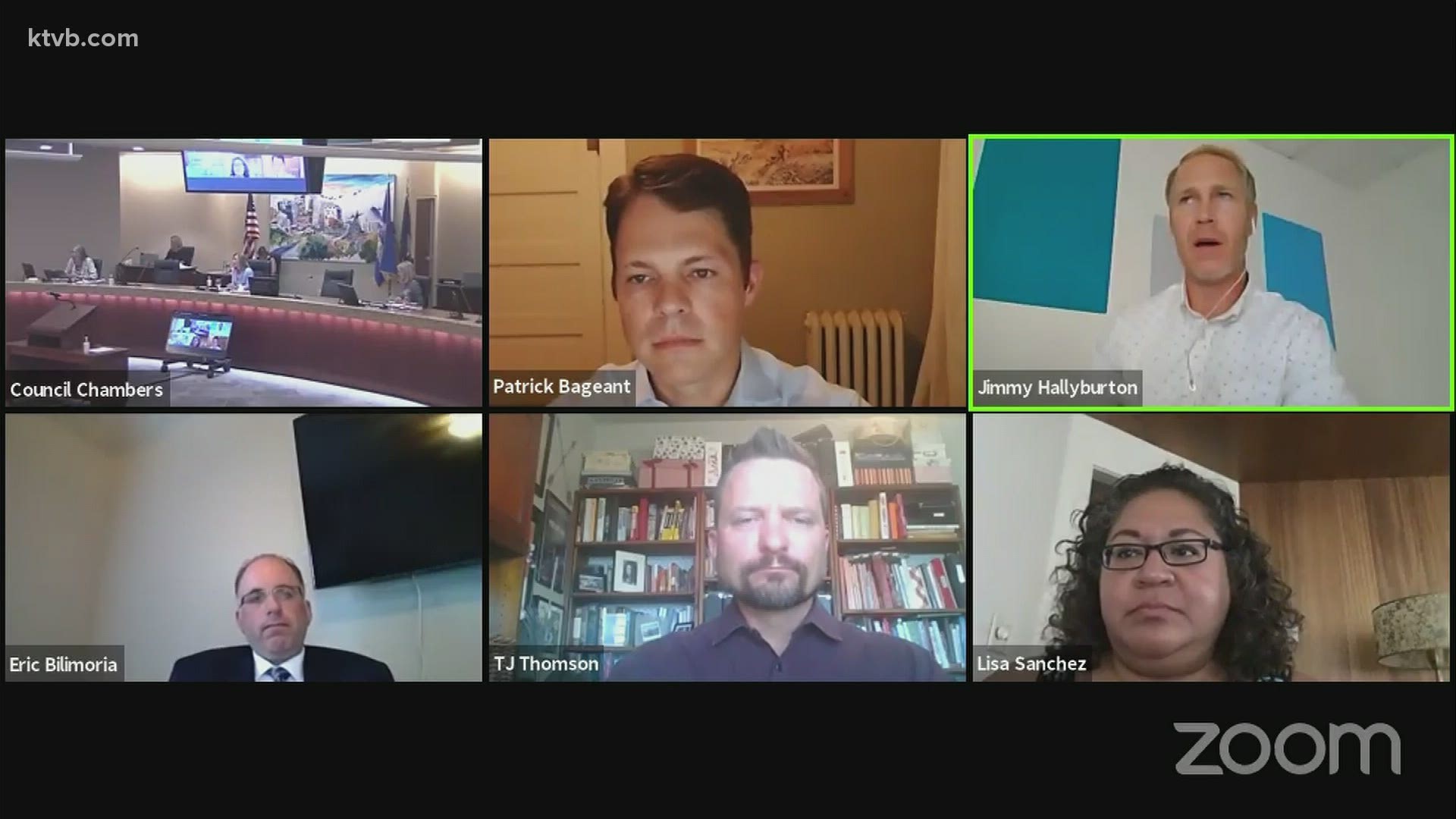 BOISE, Idaho — After roughly two hours of divided testimony, Boise City Council voted 4-2 to move ahead with the proposed fiscal year 2021 budget that includes a roughly $1 million increase to the budget for the Boise Police Department.

The Idaho Press reports the Boise City Council on Tuesday night heard dozens of citizens weigh in on the proposed $238.7 million budget. The proposal is $34 million less than the current budget and does not include a property tax rate increase.

Some people who testified called some of Mayor Lauren McLean’s new programs around climate change, eviction prevention and studies for diversity and inclusion wasteful spending, while others rallied for reallocating police funding and asked for the city not to increase the police budget.

When it came time to vote, city council members Jimmy Hallyburton and Lisa Sánchez voted against the proposal because of the increase to the police budget. Hallyburton said he struggled with his vote because he had heard in the community that people of color did not feel safe and protected by law enforcement. He lauded Boise Police Chief Ryan Lee’s new proposal to expand the behavioral health team to respond to mental health incidents with civilian employees instead of just sworn officers, but he said it was not enough to keep those services under the umbrella of law enforcement.

RELATED: Protests in downtown Boise begin to wind down after a largely peaceful night

His suggestion to hold the proposed funding for Boise police at the current levels until a robust conversation could be had with elected officials and community members for a better solution failed, but City Council President Elaine Clegg said the city is still moving forward with conversations about how to reform policing and mental health crisis services in the city.

“Let’s bring all of the partners together, both private and public and figure out how to get more resources for mental health,” she said. “That’s imperative.”

For the first time in over 15 years, the city's proposed budget does not include the maximum 3% tax increase allowed by the law. The city did have an increase in the property tax portion of the budget, which came partially from the 1.8% increase from new construction as well as increases in taxable values set by the Ada County assessor.

Several people who testified against the budget said they hoped for more meaningful property tax cuts and did not support some of McLean’s new proposals. Virgil Clark said he viewed some of the proposals, like studies around environmental justice, diversity equity inclusion and some funds to study the possibility of day care for city employees, to be a dramatic expansion of government power.

“I see this expansion as excessive and a clear and broad based effort of social engineering by the political left,” he said.

Several other people who testified were pleading for reductions in the police budget, or to hold funding at the same levels, in order to reallocate funding to areas like mental health response and education instead of policing. Jasmine Cascada, a Boise public school teacher, said she thinks Boise’s move to expand behavioral health teams will just continue the same cycle of people of color and others being afraid to seek help from the police.

She also spoke out against the placement of police officers in school through the School Resource Officer program.

“These children are not building relationships with these officers,” she said. “They are developing fear."