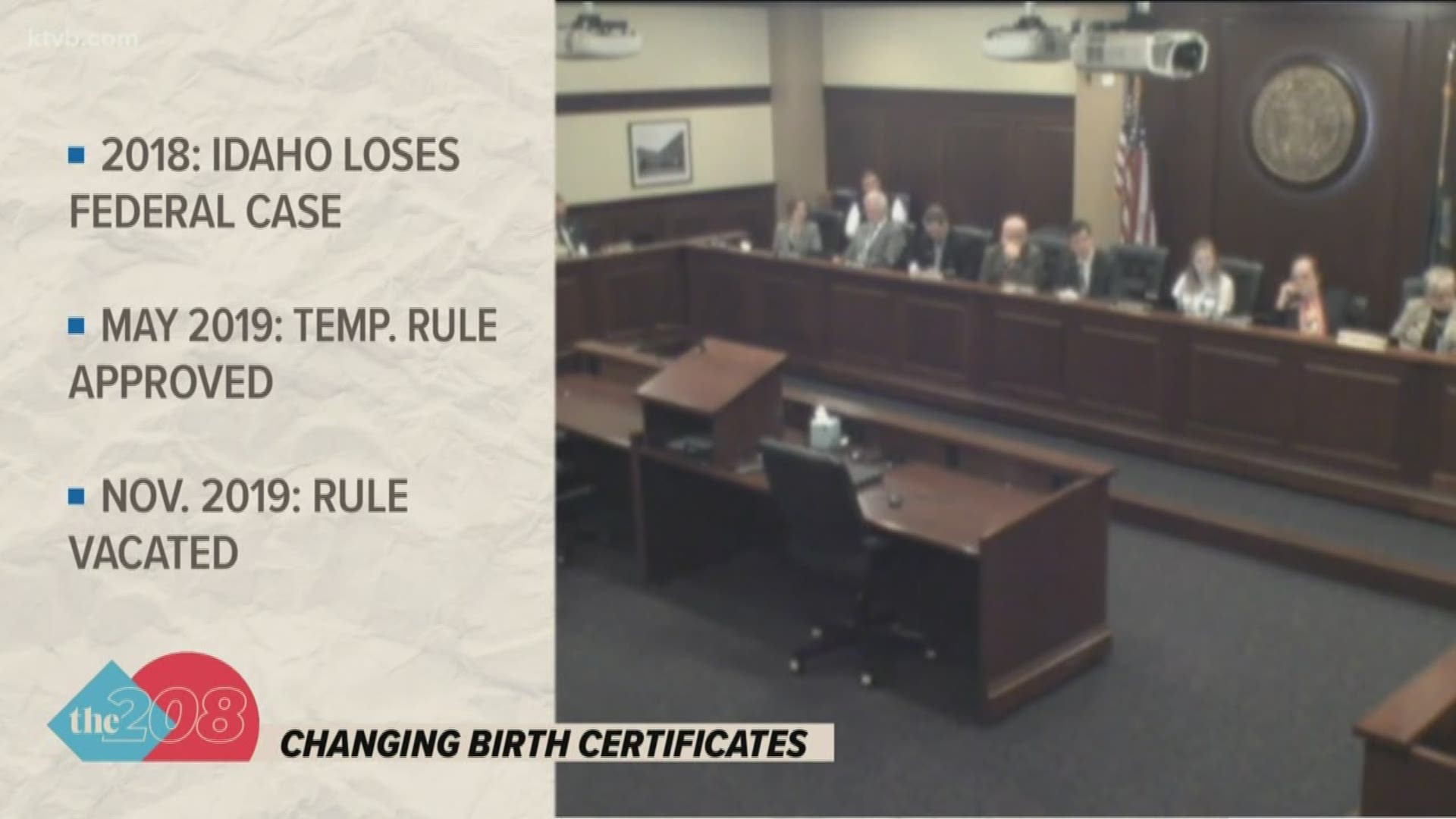 BOISE, Idaho — A bill that would prevent transgender Idahoans from changing their gender on their birth certificate was sent to the House floor on Friday morning with a party-line vote.

Idahoans are currently able to update their birth certificates to align with their gender identity.

Should this bill pass, state employees responsible for mandating birth certificate changes will be given a choice of whether or not to assist the individual in changing their gender on their birth certificate.

Rep. John Gannon, D-Boise, told the State Affairs Committee that this legislation served no purpose other than to discriminate against a vulnerable population in Idaho.

“This legislation is a legal disaster, setting the state of Idaho up for an expensive losing lawsuit paid for by taxpayers and putting state officials at risk of contempt proceedings," Gannon said. "Let’s get to work on property taxes, education funding, and the issues that affect us in our daily lives. This legislation serves no purpose but to raise emotions and discriminate against an already vulnerable population.”

The State Affairs committee cannot comment on the bill at the moment, but the official minutes of this meeting will be available in the coming days.