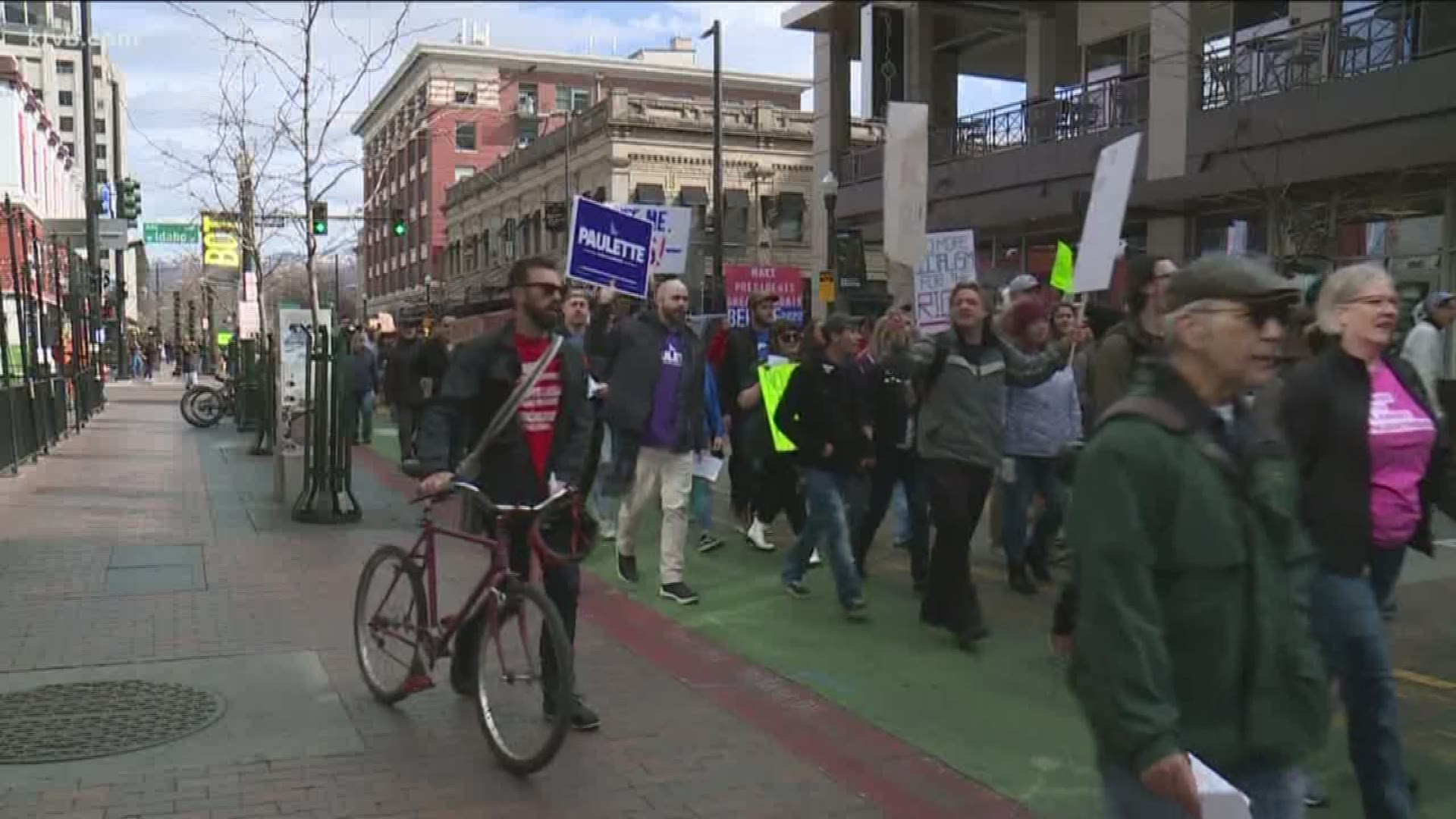 BOISE, Idaho — Hundreds of Bernie Sanders supporters showed up to the capitol steps on Saturday to march in support of Democratic presidential candidate Bernie Sanders.

The crowd started on the steps of the Idaho Capitol Building then marched through the streets of downtown Boise, holding "Bernie 2020" signs.

Supporters ended the march at Ann Morrison Park and spent the rest of the event listening to live music and speakers from Sanders' campaign.

Justin Snyder, the organizer of the event, said event attendees are hoping to persuade undecided voters to cast their vote for Sanders.

"The swing voter we are looking for is not necessarily a red to a blue voter, but more a non-voter to a voter," Snyder said. "The more visible we can be in the community, the more people we can talk to."

Volunteers at the event and the attendees are hoping to gain support for Sanders in Idaho's first primary election.

"I met some of my closest friends volunteering for Bernie in 2016, even if I didn't know anyone else going, you couldn't pay me to miss this," said Naomi Johnson, a volunteer for Sanders' campaign. "Bernie people are good people."

RELATED: 'We are not fans of Michael Bloomberg': Protesters gather outside Bloomberg's Boise headquarters