'There's so many good things to come from this': Idaho Gov. signs bill allowing growing, transport of hemp

The new law does not allow selling to Idaho consumers hemp products containing any amount of THC. 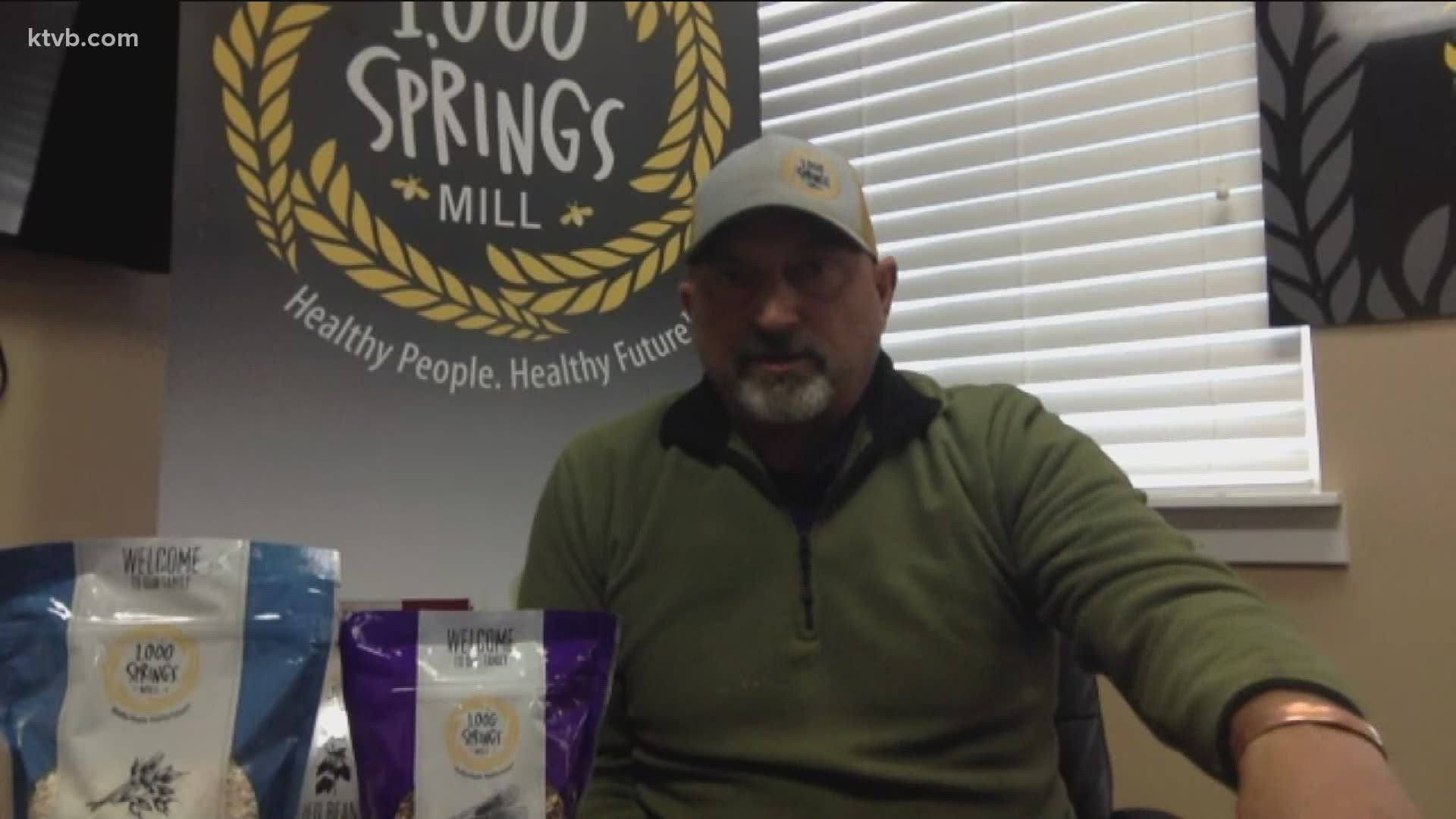 BOISE, Idaho — Idaho Gov. Brad Little has signed into law a bill legalizing the production and transportation of hemp with up to 0.3% of THC, the cannabis compound that gives marijuana its high.

The Republican governor signed the bill Friday that makes Idaho the last state to do so. However, the new law does not allow selling to Idaho consumers hemp products containing any amount of THC.

Now that the bill has passed, the state will need to put together a plan for managing and regulating hemp. Once complete, that plan will need to be approved by the federal government.

Farmers, like Tim Cornie, are excited about the opportunities hemp will bring the state.

"There's so many good things to come from this," he said.

Cornie is a co-owner of 1,000 Springs Mill, an organic, non-GMO farm based out of Buhl, Idaho.

"We're healthy people, healthy future. That is our trademark," he said.

The farm grows, processes, and packages a lot of their own crops for retail, everything from black beans and barley to popcorn and more.

"Now we can put hemp, handle it and package it and be able to compete in that market as well," Cornie said.

Cornie has been a big supporter of the bill to legalize growing and transporting hemp; he also testified in support in both the Idaho House and Senate chambers this session.

"Because it was good for rural Idaho," he said. "It allows the state of Idaho to be competitive because all the other states are able to grow hemp, but Idaho could not."

However, it's going to take some time before Idaho farmers can start growing the crop, as Idaho still has to submit its state plan. Even after that plan is approved, it will still be tricky for Idaho farmers to start growing, according to the bill's sponsor Rep. Caroline Troy (R-Genesee).

"Once it's approved, farmers can apply to grow," she explained. "They have to give the coordinates of where their ground is at, where they'll be raising that hemp on, it'll have to be tested."

The bill allows hemp to be processed, transported and sold. Hemp grown cannot surpass .3% THC. If it does, it is considered "hot hemp" and it will have to be discarded.

THC is the compound in Cannabis that gives marijuana its high. Hemp sold cannot have any THC in it, however.

"I think Idaho is going to stay very strong on that stance," Troy said.

Even with some of the restrictions, the lawmaker believes the crop will be beneficial for the state and farmers alike.

"Our imaginations are the only thing that can limit us on hemp," she said. "That is a pretty exciting product for farmers to grow."

Cornie does not plan on growing the crop himself but does plan on contracting that out to a younger farmer.

"That helps keep [agriculture] and youth in agriculture," he said. "We think this might be a little value-added product that a kid coming from college says, 'Well. there’s not enough money on the farm.' They could grow some hemp grain and be more profitable per acre."

Once the hemp is ready to be harvested, Cornie would pay the farmer a certain amount per pound. His company would then prepare it for sale.

"That's going to create more jobs that are very much needed," he said." "Being able to add this to our line of products is going to bring in more employees that we're going to need to hire so this helps our community as well."

Backers say the state’s climate is ideal for growing hemp, and farmers could sell hemp seeds and a hemp-derived extract called cannabidiol, or CBD, which is seen by many as a health aid.

Hemp products with low amounts of THC are not considered intoxicating.

The state department of agriculture will be in charge of writing that plan for hemp. Part of this process includes getting feedback from farmers, like Cornie.

Troy said the plan could be approved sometime in late summer or early fall.