Rep. John Green, a Republican lawmaker from Post Falls, was convicted in Texas Wednesday of conspiracy to defraud the U.S. government. 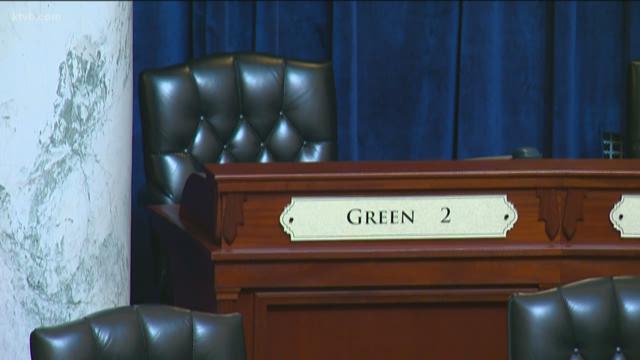 BOISE, Idaho — The Idaho House voted unanimously to expel a state representative Thursday afternoon, one day after he was convicted of a felony.

"Today was a solemn and difficult day for the Idaho House of Representatives," Speaker of the House Scott Bedke said.

Rep. John Green, a Republican lawmaker from Post Falls, was convicted in a Texas federal courthouse Wednesday of conspiracy to defraud the U.S. government.

Idaho House representatives voted 65-0 to remove Green from his seat. The vote came after House Republicans spent several hours in a closed caucus.

"In our caucus, there were many opinions expressed, there was empathy and sympathy expressed to the situation, yet it became clear that we had a job to do and that they were up to the task to doing it," Bedke said.

Green said Wednesday after his conviction that he would not resign as a representative and planned to be back at the Idaho Statehouse on Monday to continue serving as a lawmaker.

He said that he plans to appeal his conviction and will have time to finish out his term in the Idaho Legislature before he is sentenced.

The case dates back to 2005, when Green was practicing as an attorney in Texas. According to prosecutors, Green's clients sent their profits into a trust account Green controlled, in order to avoid paying federal income taxes on the money.

RELATED: Idaho lawmaker convicted of conspiracy to defraud the US government in Texas case

RELATED: Temporary lawmaker sworn in to fill in for Rep. John Green, who's on trial in Texas

But Kane, who wrote the letter in response to questions from Green's fellow representatives, added that it would be up to the Idaho House to vote to remove Green from office. The Idaho Constitution maintains that both the House and the Senate may remove a member "for good cause shown" with a two-thirds majority vote.

The assistant chief deputy also pointed to a section of state law that allows the House and Senate to determine their own rules of proceeding and judge the qualifications of its own members.

A temporary replacement has been sitting in for Green in the Idaho Legislature during his criminal case.

"I'm glad it finally got resolved," said Assistant Minority Leader Rep. Ilana Rubel. "It was pretty crystal clear from both statute and from the constitution that there is no way constitutionally we could have a member continue in office where there has been a felony conviction."

"It's important to me that it was unanimous, we are caretakers to these seats," Bedke said. "On our watch we wanted to do our constitutional and statutory duty and I think we performed that today."