An intervening car saved the lives of 2 people nearly hit by a red light runner in Phoenix. It was all caught on video.

The intervening driver will be OK, police said. The other driver was arrested on suspicion of driving under the influence and aggravated assault. 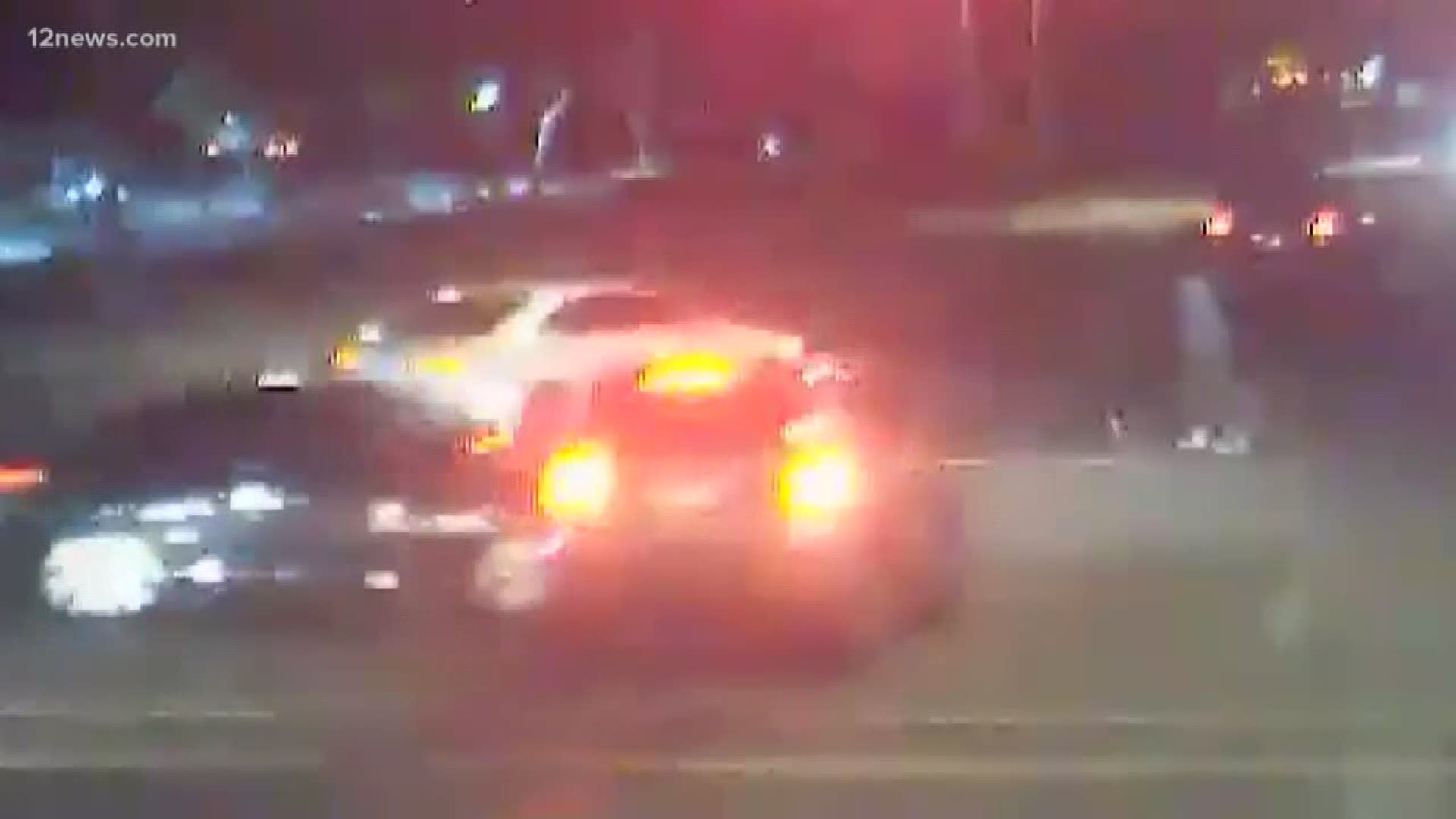 Two adults pushing a stroller saw their lives flash before their eyes when a car came barreling through a Phoenix intersection on a red light -- but they were saved by a driver who happened to be turning left at the perfect time.

Video released by the Phoenix Police Department on Wednesday showed the couple pushing a stroller through a crosswalk at 53rd Avenue and Indian School Road around 10 p.m. on Oct. 14.

Cars were seen turning left in front of the couple as they were crossing the street.

Then a Jeep driven by 23-year-old Ernesto Otanez Oveso is suddenly seen speeding into the intersection on a red light -- right where the couple was standing.

But another car, a black Chevrolet Cruze driven by a 27-year-old woman, came to the rescue, slamming into the speeding car before it could hit the couple.

RELATED: Woman arrested in connection to hit-and-run deaths of father and son in Chandler, police say

Oveso and a woman in the car with him took off running after the accident, the police department said.

While in a parking lot just south of the intersection where the crash happened, Oveso noticed a man following him and telling him to stop, police said.

Court documents show Oveso pulled out a knife and tried to stab the witness through the driver's window and missed. Then he stabbed the rear door on the driver's side.

Officers came into contact with Oveso in the parking lot and saw him stuffing the knife in his pocket, court documents say. Police said the knife was recovered at the scene.

Oveso was arrested on DUI and aggravated assault charges. Court documents show he already had a felony warrant and a misdemeanor warrant on record.

In Oveso's car, police found a handgun on the floorboard of the driver's seat and a spent casing next to the driver's door. Court documents show Oveso has two felony convictions and is not allowed to own a gun.

The woman with Oveso at the time of the crash was not located.

The driver in the Chevrolet will be OK, the police department said. She suffered non-life threatening injuries.