Owner evicts Portland woman, 84, from apartment: 'I don't know what I'm going to do'

“Nobody wants to kick an elderly woman out on the street, that's not what this is about,” said Legacy Property Management owner Abraham Walsh. 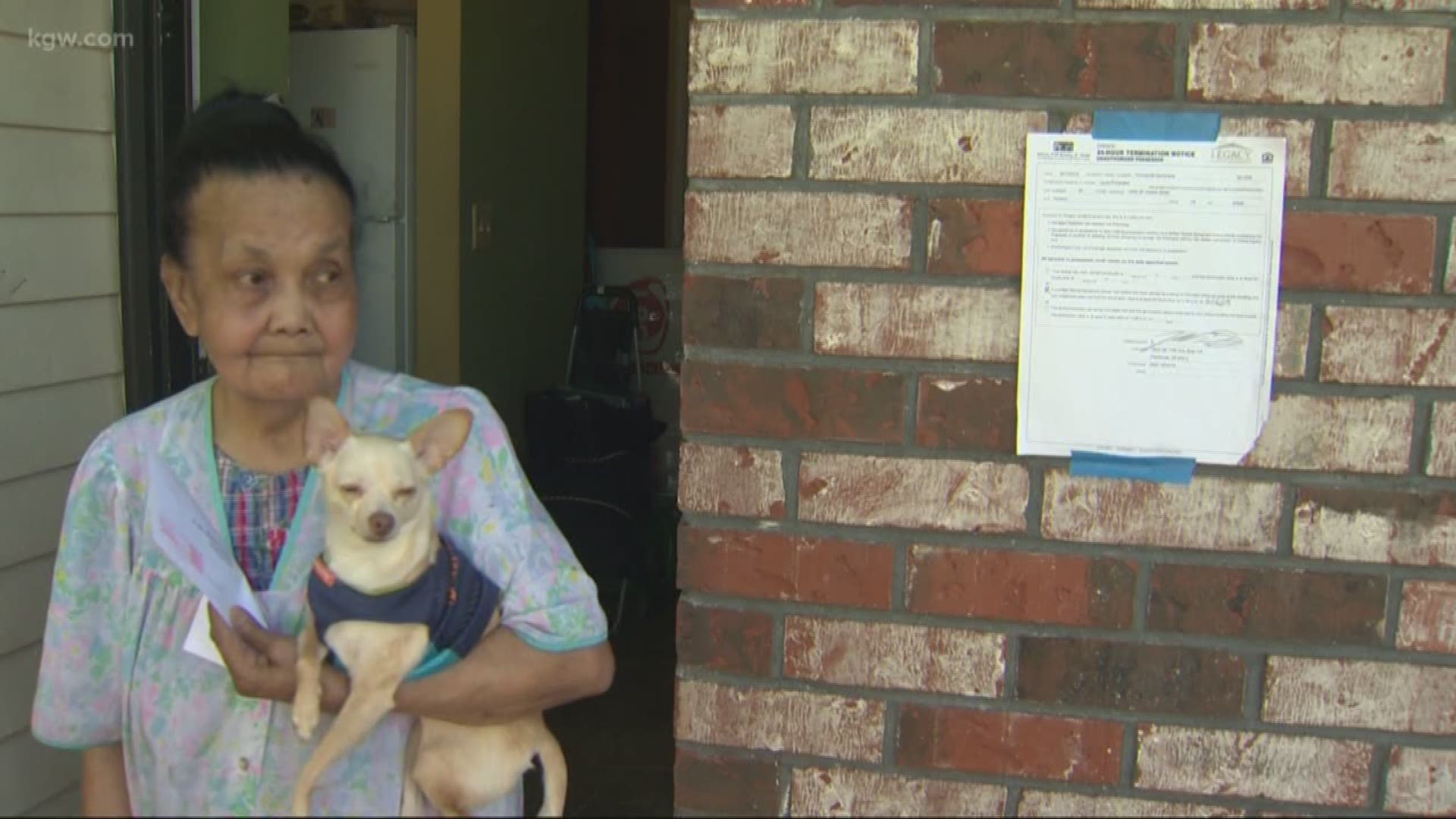 PORTLAND, Ore. — UPDATE: Lynne Richardson will not be evicted after all. She received help from a nonprofit and will move in late July. Read more

An 84-year-old woman is scared she'll be homeless after getting an eviction notice at her Southeast Portland apartment Thursday morning.

“I don't know what I'm going to do. I freaked out,” said Lynne Richardson, after finding the 24-hour termination notice on her door. “I said, 'What do you mean get out? Where do you want me to go?'”

Richardson has lived at the Thomasville Apartments on Southeast 143rd & Division Street for about five years. In May, she moved into a different unit at the same complex to help a sick friend. Last week, that friend died. Richardson’s name was not on the lease making her an unauthorized occupant.

“Because they don't have her name on the lease they're treating her like she has no rights, like she's a squatter,” said Margot Black, a volunteer advocate with Portland Tenants United. “Lynne called me hysterical and in tears.”

Black said Northwest Pilot Project found Richardson a new home, but it won't be ready until mid-July. Rent at Richardson’s current home is paid for through June. The late tenant's son told KGW he gave Richardson permission to stay in the apartment through June.

“Where we should be treating our elders with kindness and respect and protecting their rights and dignity, we're extorting them for rent money,” Black said.

Richardson said a Legacy Property Management employee offered her two options: move or sign a one-year lease at around $1,200 a month. That's up from the nearly $800 monthly rent her late roommate was paying.

The increase is too much for Richardson.

“I'd like to stay here for a few days until I find my place,” Richardson said. “If the landlord would be able to reasonably deal with it, I'd be happy.”

“Nobody wants to kick an elderly woman out on the street, that's not what this is about,” said LPM owner Abraham Walsh.

Walsh said the company's attorneys advised them to take possession of the unit to protect their assets. He also said the company intended to offer Richardson a month-to-month rental option.

“It got lost in translation somewhere,” Walsh said.

Walsh also said Richardson could stay through June if she submitted an application for month-to-month rent, put down a deposit and signed a rental agreement.

“I don't know this woman, personally,” Walsh said. “She may be the most trustworthy person on the planet or she might not be.”

RELATED: Average rent in Portland went down last month, but still up over the past year