State child welfare workers are moving forward with plans for surgery on Dixon despite opposition from the girl and her mother. 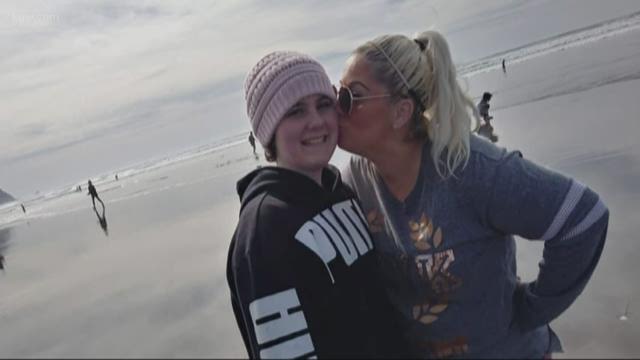 PORTLAND, Ore. — State child welfare workers are moving forward with plans for surgery on a 13-year old cancer patient despite opposition from the girl and her mother.

During a Monday hearing in Clackamas County Circuit Court, an attorney from the Oregon Department of Justice said Kylee Dixon has a doctor’s appointment this week. No date has been set for the surgery to remove a tumor.

The 13-year old remains in foster care. A judge requested that the State Department of Human Services place Kylee with a family member.

Judge Heather Karabeika denied requests from two of Kylee’s aunts to intervene in the case.

Kylee has been in state protective custody since June, when her mother failed to follow a court order to bring her daughter for prescribed medical treatment. Police found Kylee and her mother in Las Vegas, Nevada.

RELATED: Medical kidnapping or saving her life? A 13-year-old with cancer is caught in the middle

Kylee’s mother, Christina Dixon is facing charges of criminal mistreatment and custodial interference after turning herself into police last week. Christina appeared at Monday’s hearing, along with friends, family and supporters.

RELATED: Mother of 13-year-old Oregon cancer patient turns herself in to police

The case raises questions about the rights of parents when it comes to medical decision making. Previously, Judge Karabeika ruled state child welfare workers can make medical decisions for a 13-year old.

The judge allowed Christina to visit with her daughter after today’s hearing. A court order prohibits them from having face-to-face visits. Instead, contact is typically limited to phone calls.

"The fact that I was able to spend some time with her meant everything to me," Christina said. "It was really hard to see her in the emotional state of mind that she was in."

Christina said the next court date is in early September. She plans to file a motion for an emergency hearing if the state schedules surgery on her daughter prior to the next hearing.