Oregon clerk fired for pulling gun on robber with hatchet: 'I was scared for my life'

“I already knew that as soon as I drew the gun, I was getting fired,” Kristofer Follis told KGW 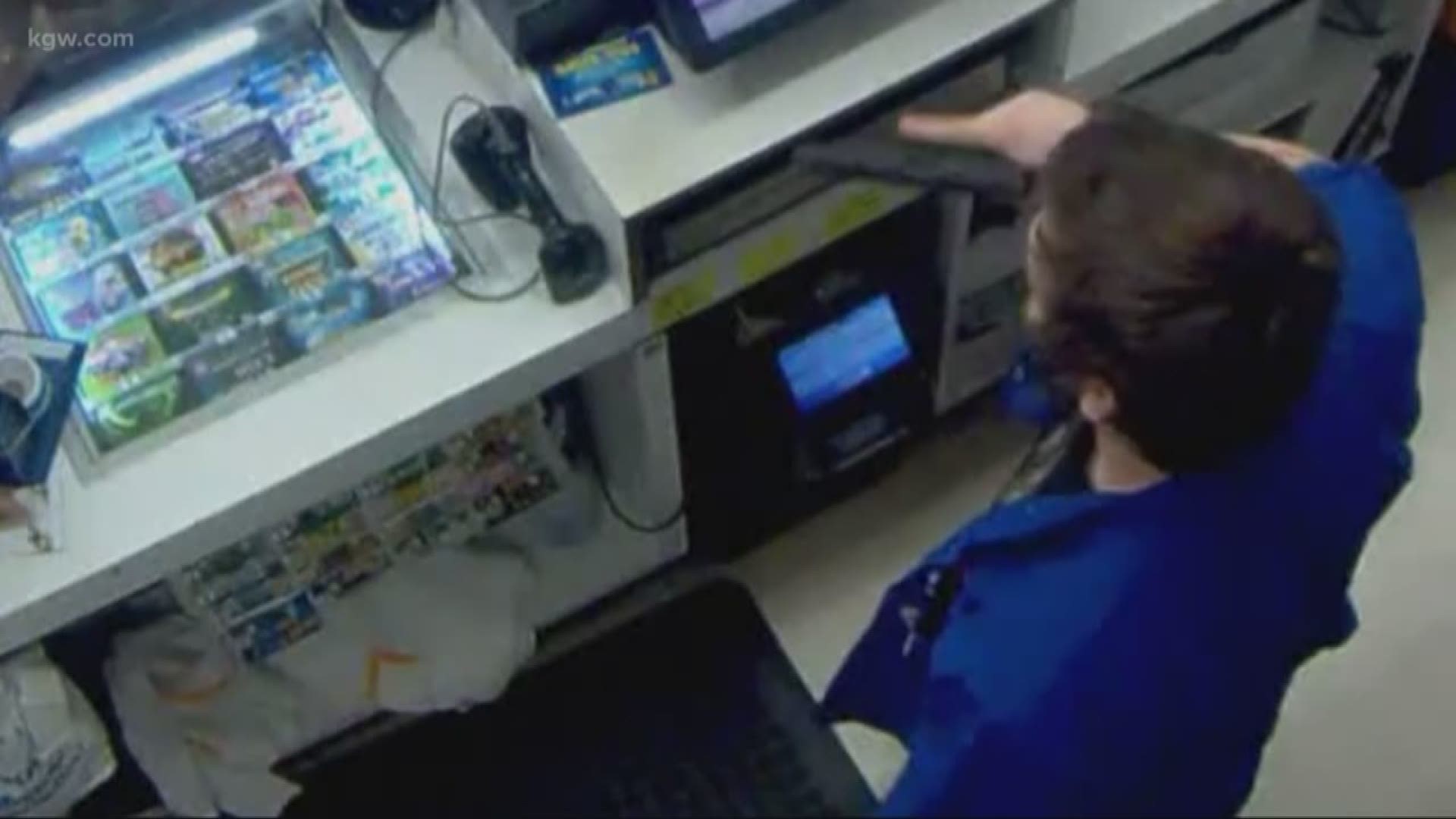 PORTLAND, Ore. — A former Plaid Pantry clerk was fired for pulling a gun on a hatchet-wielding robber last month, the company confirmed to KGW.

Kristofer Follis was working the graveyard shift at the Oak Grove Plaid Pantry on April 28 when a masked man walked in and pulled a hatchet out his pants.

“I was scared for my life, like, what could be happening?” Follis said. “As he approached the counter, within a second I drew my gun."

The mere sight of the gun brought the would-be robber to his knees, then sent him out the door.

Follis has a concealed weapons permit. What he didn't have that night was permission to use his gun at work. Plaid Pantry has a strict no-weapons policy for its employees.

“I already knew that as soon as I drew the gun, I was getting fired,” said Follis.

In a statement to KGW, a Plaid Pantry spokesman said in part, “The company makes significant investments in security equipment and training in robbery deterrence and violence prevention ... .  In the event a robbery does occur, the focus shifts entirely to non-resistance, cooperation, and violence avoidance for the safety of our employees and customers.”

Follis says he gets it.

“I completely understand, I broke company policy, but it upsets me that I lost my job,” said Follis, who still stands by his actions. “Your life's not worth a minimum wage job.”

The robber is still at large. He was described as a Hispanic man in his early 20s, about 5 foot, 5 inches tall. He was wearing a dark jacket with a hood, a dark green or olive ski mask, khaki pants and dark sneakers with white soles.

Anyone with information on the suspect is asked to call the sheriff’s office tip line at 503-723-4949 or use the online  form.