The classes are currently being taught at Normandale by Said Garaad, the assistant principal of Edison High School in Minneapolis. 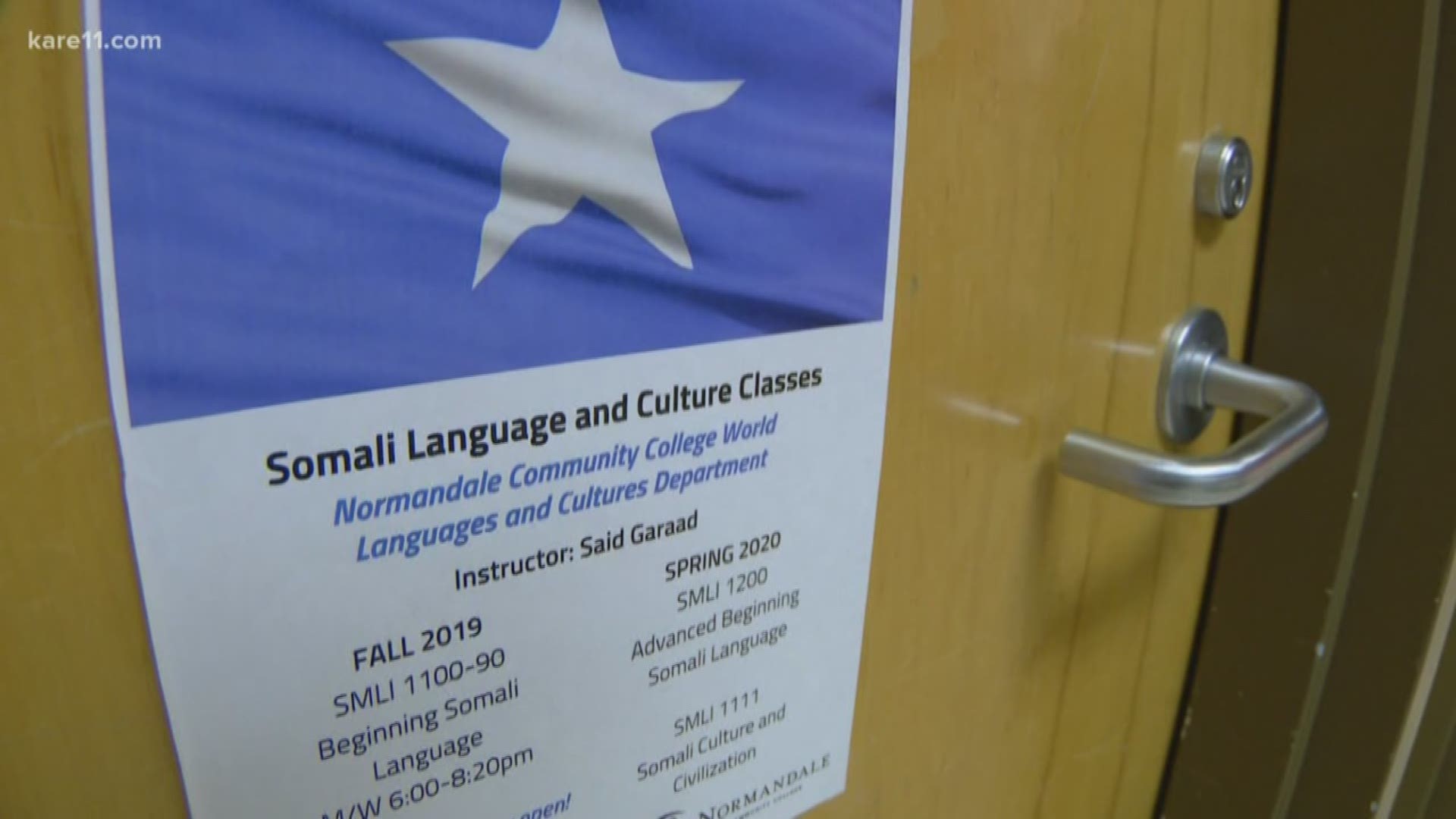 "We pride ourselves on being inclusive and also really recognizing the uniqueness that all of our students bring," Jen Bouchard said. Bouchard is a faculty member of the World Languages Department and the coordinator of the International Experience Center for Normandale.

Normandale touts a diverse campus and by that they mean the course offerings too. This semester, they've diversified it even more by adding a Somali Area Studies course.

"To our knowledge, it's the first Somali Area Studies program of its kind to combine two years of language and a culture and civilization course at a community college in the nation," Bouchard said.

The class is a hit among students. It's full for the semester.

"I wanted to join the class badly because I wanted to learn Somali even more," Shahid Dagane said. Dagane said he didn't make it into the class but was happy to share why he was so eager to sign up.

"I couldn't keep a good conversation with my grandmother, who speaks with a heavy Somali accent," he said. "I had to ask my mother if she can translate some of her words for me."

Dagane said he spent years learning English and was busy, so he let his Somali slip. Mulki Ahmed also shared a similar experience. She said she was born in America so her parents spent her childhood speaking English. Ahmed did get a spot in the Somali language class this semester.

"I like that it's not just Somali kids," she said. "There are other people who are trying to learn more about it, which I find very motivating for me."

She said she was actually surprised to hear that this class was the first of its kind.

"I was shook," she said with a laugh. "I was like, wait-- so we're learning all these other languages but this is the first Somali class in Minnesota? That shook me."

She added that she was proud to be a part of an institution so willing to take the first step.

"I am. I feel like it's very important," she said. "And it tells you something about the school."

Ahmed is right. This speaks volumes to Normandale's direction, especially when the Department of Education is threatening to withold fedearl funds from a Middle East studies program in North Carolina because the department said the program is too favorable to Islam.

"It really depends where the funding streams are coming from, who is reviewing those applications and what are the institutional priorities at that level," she said. "We certainly do feel fortunate to now have received two rounds of this funding that allows us to do critical work."

For students and faculty and Normandale, change is welcome and it couldn't have come at a better time.