The ceremony recognizes those who have gone above and beyond the call of duty through their unwavering integrity and leadership. 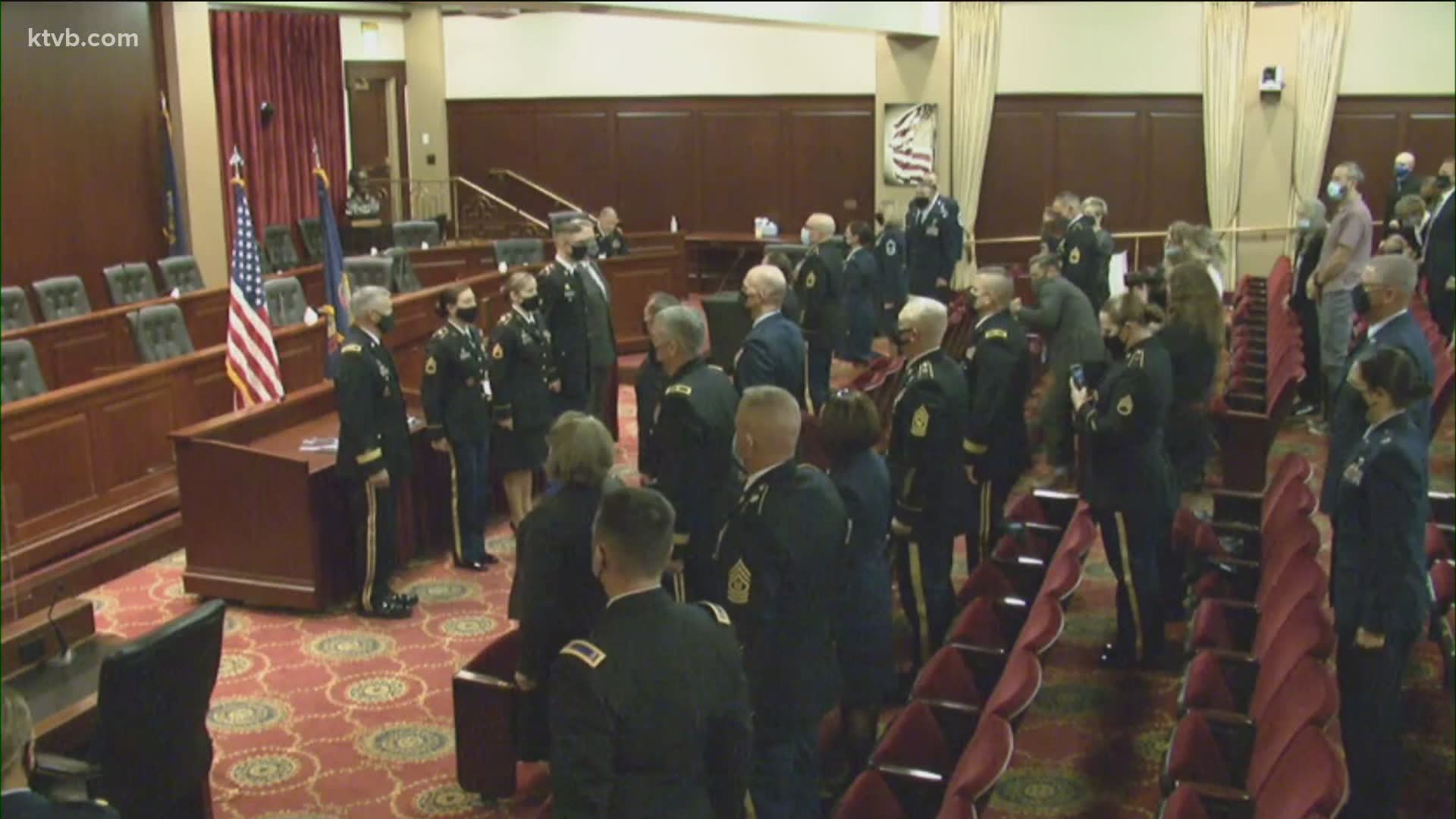 BOISE, Idaho — A number of Idahoans have been recognized for their exceptional service to the community.

The ceremony recognizes those who have gone above and beyond the call of duty through their unwavering integrity and leadership.

The Idaho Cross is the highest state award presented to a military member or civilian employee. It recognizes an action that saved someone's life or a significant act of heroism.

Gov. Little thanked all the recipients before their names were announced.

"The individuals receiving this award today truly live out the values of courage and selflessness," Little said. "You are true heroes. You saved lives and rescued families from devastating losses. You stayed calm in stressful situations - a testament to your training and your character. There is no greater honor than saving the life of another. Thank you for your heroic acts."

Sgt. Vanderwiel was able to clear an infant’s airway and bring her back to consciousness.

And Spec. McHenry witnessed a rollover crash with four kids and two adults in a minivan on 1-84 near Mountain Home. He applied a tourniquet to a female passenger's arm, which may have saved her life.

"This is a well-deserved honor for these soldiers," Garshak said. "Each of them acted without hesitation to provide life-saving measures to a member of our community. Our citizen-soldiers and airmen are always ready and always there."

Leaders from the 124th Fighter Wing were presented with the 2020 Outstanding Unit Award. In 2020, the wing deployed to 17 bases in 13 countries, completing its most diverse and second largest deployment in its history. More than 400 airmen supported named operations in Southwest Asia.

"It is truly an honor for me to help present this important award that recognizes the incredible value of working as a strong team in accomplishing a mission," Little said.

Grecko received the Idaho Distinguished Service Medal for his service as Idaho's civilian aide to the Secretary of the Army from 2018 to 2020. The state National Guard medal is awarded to members who show exemplary service to the state of Idaho and the nation. Grecko retired from the U.S. Army in 1996 as a colonel and participated in Operation Desert Storm.

This month, the Idaho National Guard celebrates 130 years of serving the community.