Capt. Patrick Amersbach is a graduate of Bowie High School. “I'm overwhelmed by the amount of support,” he said of the messages he’s received while deployed in NYC. 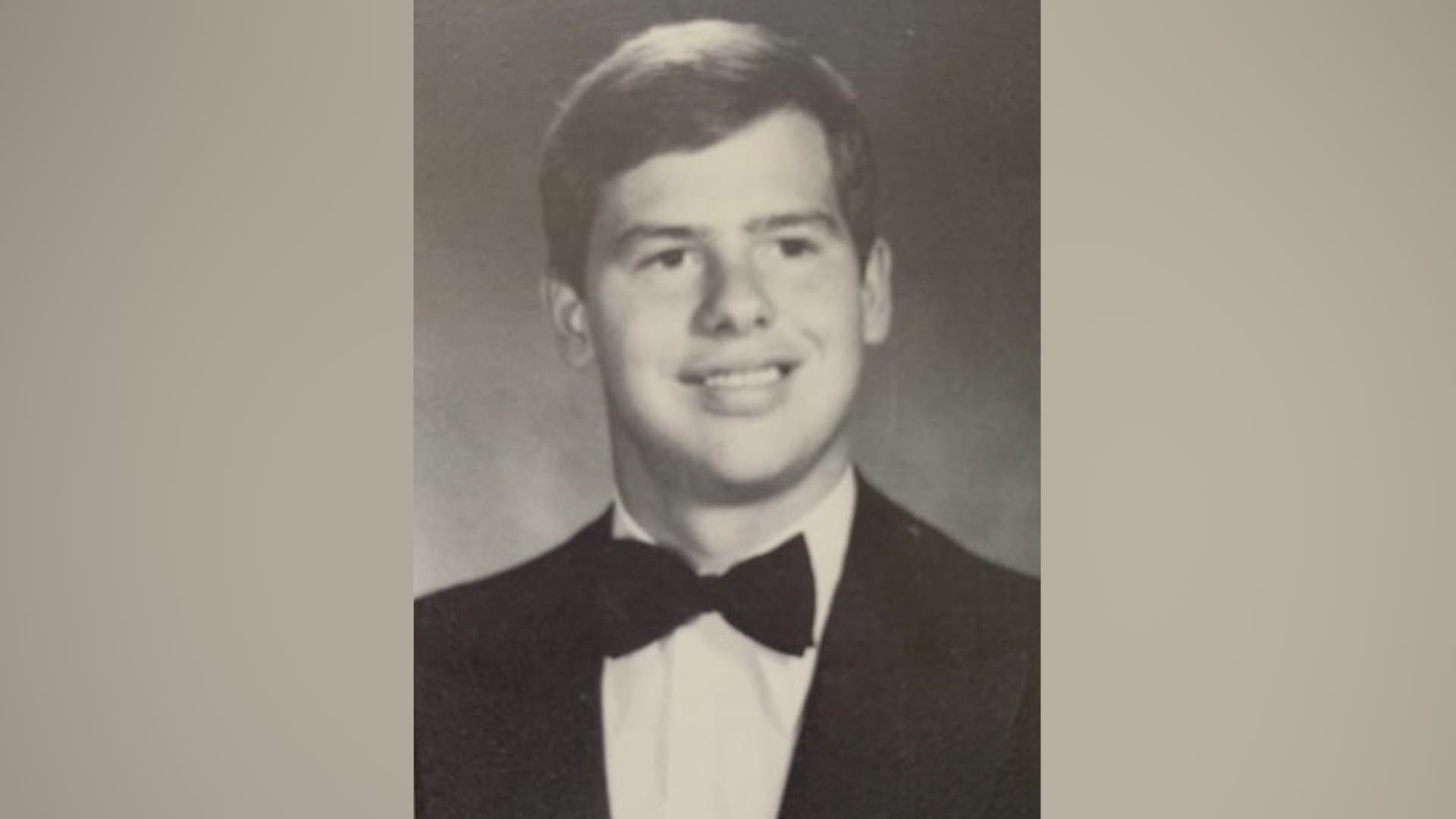 BOWIE, Md. — USNS Comfort Capt. Patrick Amersbach was born and raised in the DMV, and now he's playing a major role in the response to COVID-19. He's the hospital ship’s commanding officer.

Amersback's roots in the DMV are deep. He provided WUSA9 with a picture, almost 40 years old, of his graduation photo from the Bowie High School Class of 1982. He says he still has friends here, and told WUSA9 the lessons he learned growing up in Maryland are still with him at the helm of the USNS Comfort.

“Playing sports, whether it was for the City of Bowie, the Boys and Girls Club or a pickup game at the local elementary school... we used to have football games over at Kenilworth Elementary school,” he recalled. “Teamwork really has made a difference, something that I think I carried on from my time in Bowie into the military.”

Amersbach's career in the military has taken him all over the world, most recently to New York City, where the Comfort is a large part of fighting the COVID-19 pandemic. The Comfort is one of only two Navy hospital ships. Essentially, it's a floating military health care facility. Each has the capacity to fill 1,000 beds.

The combination of medicine and military is right in Amersbach's wheelhouse. He has nursing and health policy degrees. The Bowie native has spent almost 30 years in the Navy. During many of his tours, he's led medical divisions.

“We feel that we are making an impact and helping out New York City,” Amersbach said.

Making an impact is the whole purpose of this mission – the hospitals in New York were simply overrun and overwhelmed by the pandemic. The Comfort was sent to relieve some of that stress.

But this deployment came with challenges. The captain recalled the ship left quickly; they arrived in New York and had to work out the communications and patient transfer process; and then, their mission changed.

Initially, they were supposed to help with hospital overflow of non-COVID patients. Shortly after the ship sailed into New York Harbor, officials said they simply weren't getting enough of them. The need for treating those with coronavirus was greater.

On board the Comfort, they have the capacity to treat the worst – and what they're seeing is pretty bad. When we spoke to Amersbach, he said they had dozens and dozens of patients in their ICU and on ventilators, and their doctors had performed about 30 surgeries.

Like civilian hospitals, the Comfort runs an around-the-clock operation with specialized medical staff. They include neurologists, pulmonologists and critical care and internal medicine specialists.

“Their morale is very high,” Amersbach explained. “They also understand the gravity of why we are here and this mission and the importance of it.”

We wanted to know how he is making sure his crew can accomplish their health care mission and also stay safe from the virus.

“We follow the same CDC guidelines, in addition to that of DOD to protect the crew,” he said. “We social distance as much as possible. We moved approximately 500 of our crew into a hotel to allow further social distancing to decompress the berthing areas, the areas which they live on the ship, the areas in which they eat on the ship.”

As the team from up and down the East Coast continues to watch the COVID-19 trends, Amersbach added they'll be on the ship, ready to help for as long as they're needed. He has a message for those supporting him back here at home.

“I've got to say thank you,” he said. “I'm overwhelmed by the amount of support. Email, social media continue to come in. I see faces and names that I haven't seen in a long, long time, so I’m ecstatic for that. I’m very proud to be from Bowie and from Maryland. I got family in Baltimore. They’re all over the area there and honestly, I can’t be more proud and humble at the same time, to be where I am and to be able to trace my roots back to very humble beginnings.”