Fighter pilots from Singapore, Australia and the United States take to the skies at Mountain Home Air Force Base 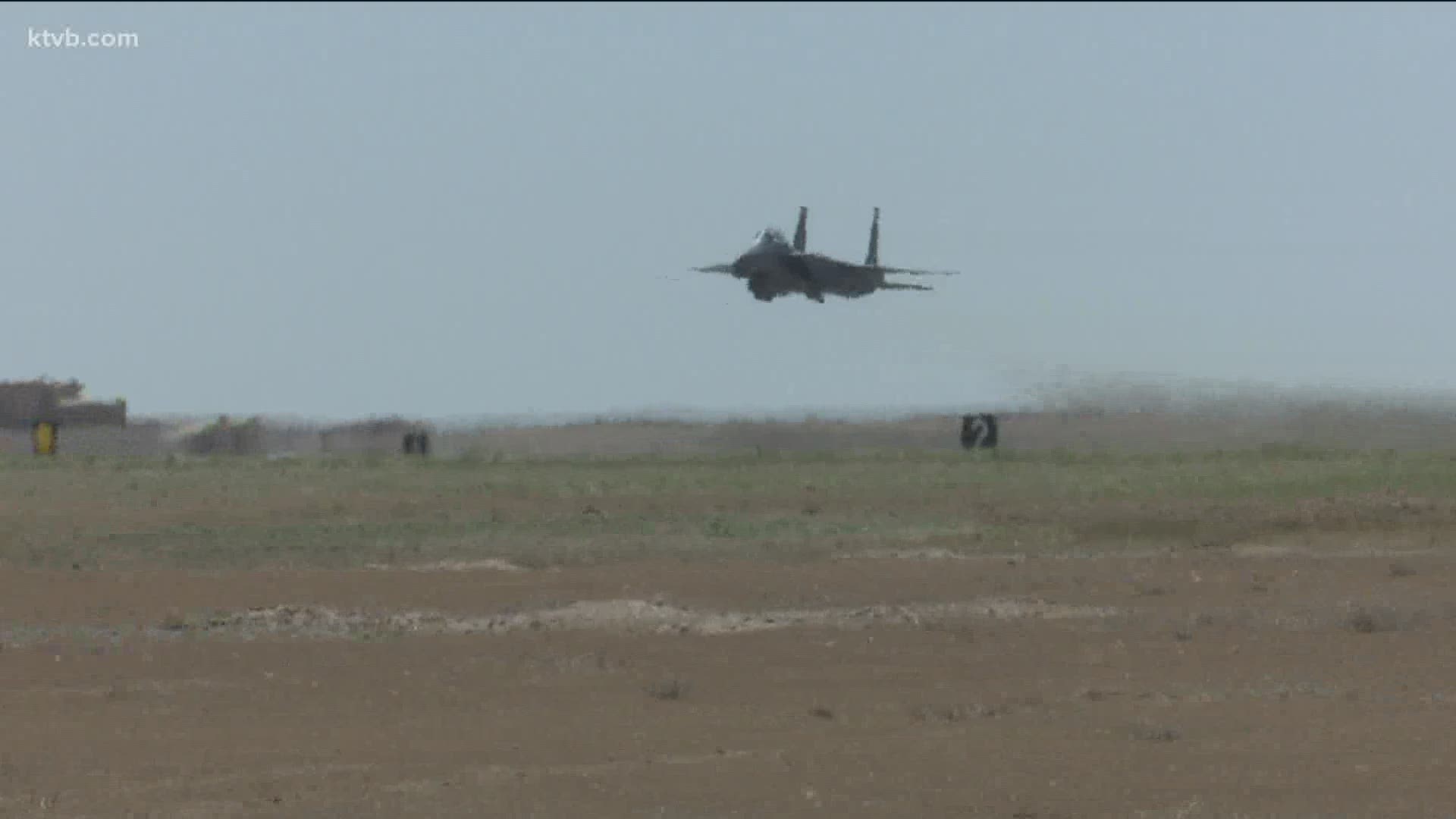 MOUNTAIN HOME AIR FORCE BASE, Idaho — Airmen at Mountain Home Air Force Base took to the skies Wednesday morning, but it wasn’t just any regular exercise.

“Nine separate fights across the week. We’ve got over 70 plus aircraft parked out on the ramp. We got 12 plus flying units and additional units beyond that,” Maj. Mike Lynch said. “A large-scale shooting war is what we’re looking to simulate here out on the range.”

Gunfighter Flag works in conjunction with the Army, Navy, and pilots from Singapore and Australia. With so many different groups, Maj. Lynch said communication between groups is key.

“We all speak different technical languages and this exercise provides us the ability to find where we walk about things slightly different, work out how other people are used to referring to it and make sure we are all on the same page,” Lynch said.

Air Traffic Control put their communication skills on full display. The crew is working on innovative ways to be more efficient. Cutting down on bulk and the need for proper infrastructure, ATC says the equipment isn’t new; however, the combination of equipment and their use is.

“The purpose of what we’re doing is making it more agile,” Air Traffic Control Supervisor Brandon Hodge said. “Easier to transport where we can actually just carry this in pelican cases on and aircraft, jump off, and set up operations.”

ATC says the training was successful. They identified problems and found solutions while active in the field. Over 50 planes were in flight.