A-10 Warthogs from Idaho take off for the Middle East

The planes based at Gowen Field are part of an Idaho Air National Guard combat support mission. 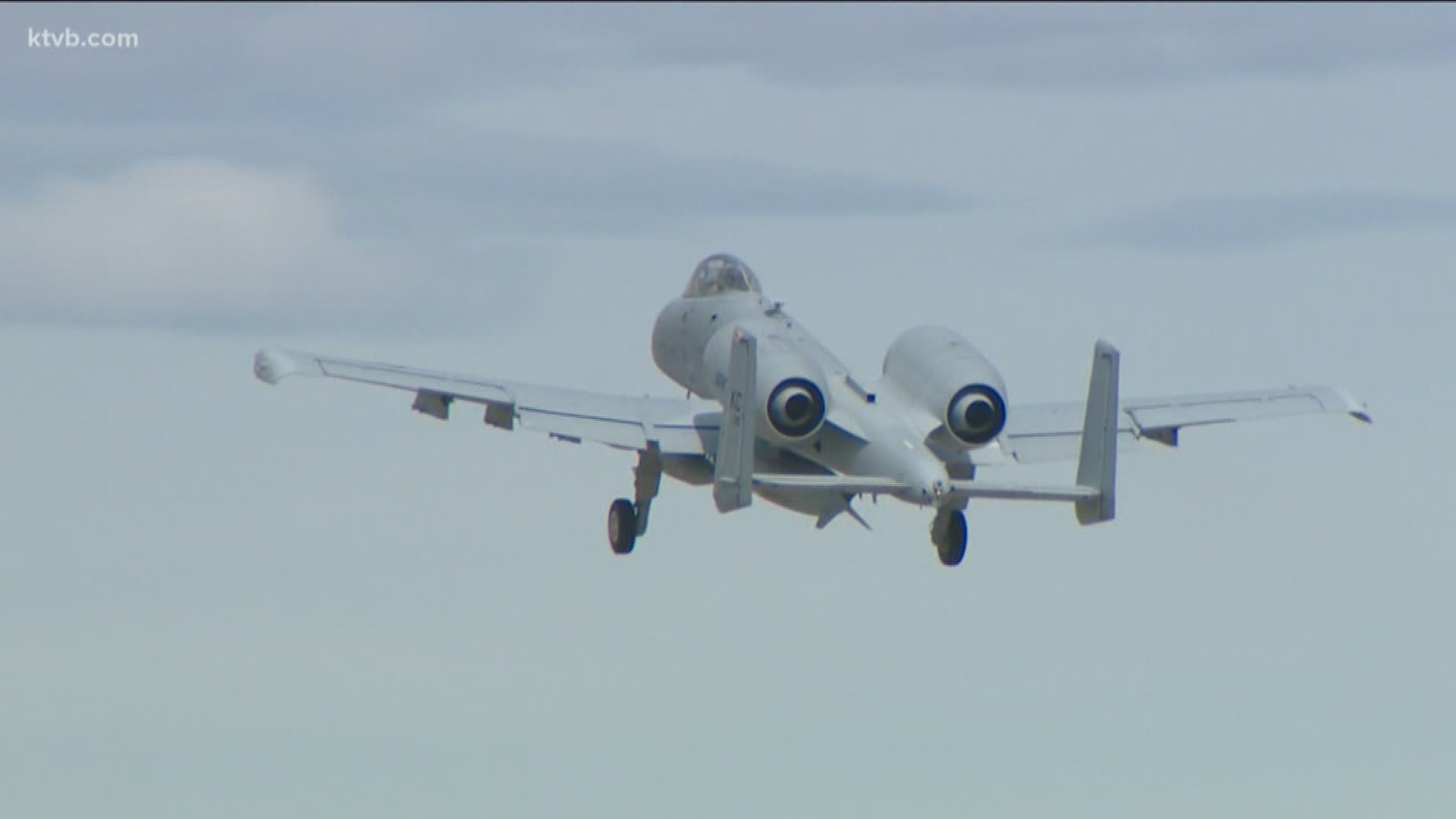 BOISE, Idaho — About a dozen A-10 Thunderbolt II aircraft based at Gowen Field are deploying to support combat operations in the Middle East.

The single-seat, twin-engine jets flew out of Boise on Tuesday morning.

Col. Mathew McGarry, commander of the 124th Operations Group, said the pilots will make stops at several airbases on the way to the Middle East. It may be as long as a week before the planes arrive where the operations are taking place -- a location that is not being disclosed.

A total of more than 400 members of the Idaho Air National Guard's 124th Fighter Wing are participating in the deployment, which is the second-largest deployment in the wing's history. It includes multiple aircraft, pilots, security forces, maintenance and medical personnel, along with various other support staff.

"This is what people signed up for," McGarry said. "They are excited to for the opportunity to deploy and answer the nation's call."

The A-10 Thunderbolt II, nicknamed the "Warthog," is designed to provide close air support for U.S. Army soldiers and Marines on the ground.

"When troops on the ground are in a pinch, they call us and request either some kind of a more detailed overview of the area that they're about to operate in, or if they get into a firefight, they need some help, we can provide that fire support," McGarry said.

The A-10 crews from Idaho also will assist other aircraft that provide air support. If necessary, they'll work on combat search-and-rescue missions.

In addition to the pilots who took off from Gowen Field on Tuesday, about 200 airmen departed Monday, and more are expected to fly out in the coming days.

"You have intel troops who provide the pre-flight briefing, and then the debriefing after the flight. There's troops who build up the munitions, people who load them, obviously all the maintenance people who work on the airplanes to keep them ready to fly and safe," McGarry said, also mentioning that there are airmen tasked with inspecting pilots' gear and supplying fuel, among other jobs that are part of the mission.

While they're gone, many other members of the Idaho Air National Guard have missions here at home.

The time frame for this latest deployment has not been set, but McGarry said past deployments for the 124th Fighter Wing have typically lasted about six months.

"We hope this one won't be that long, but it's a pretty uncertain time right now," McGarry said.