Trump also lashed out at the probe, claiming that it was 'an illegal takedown that failed.' 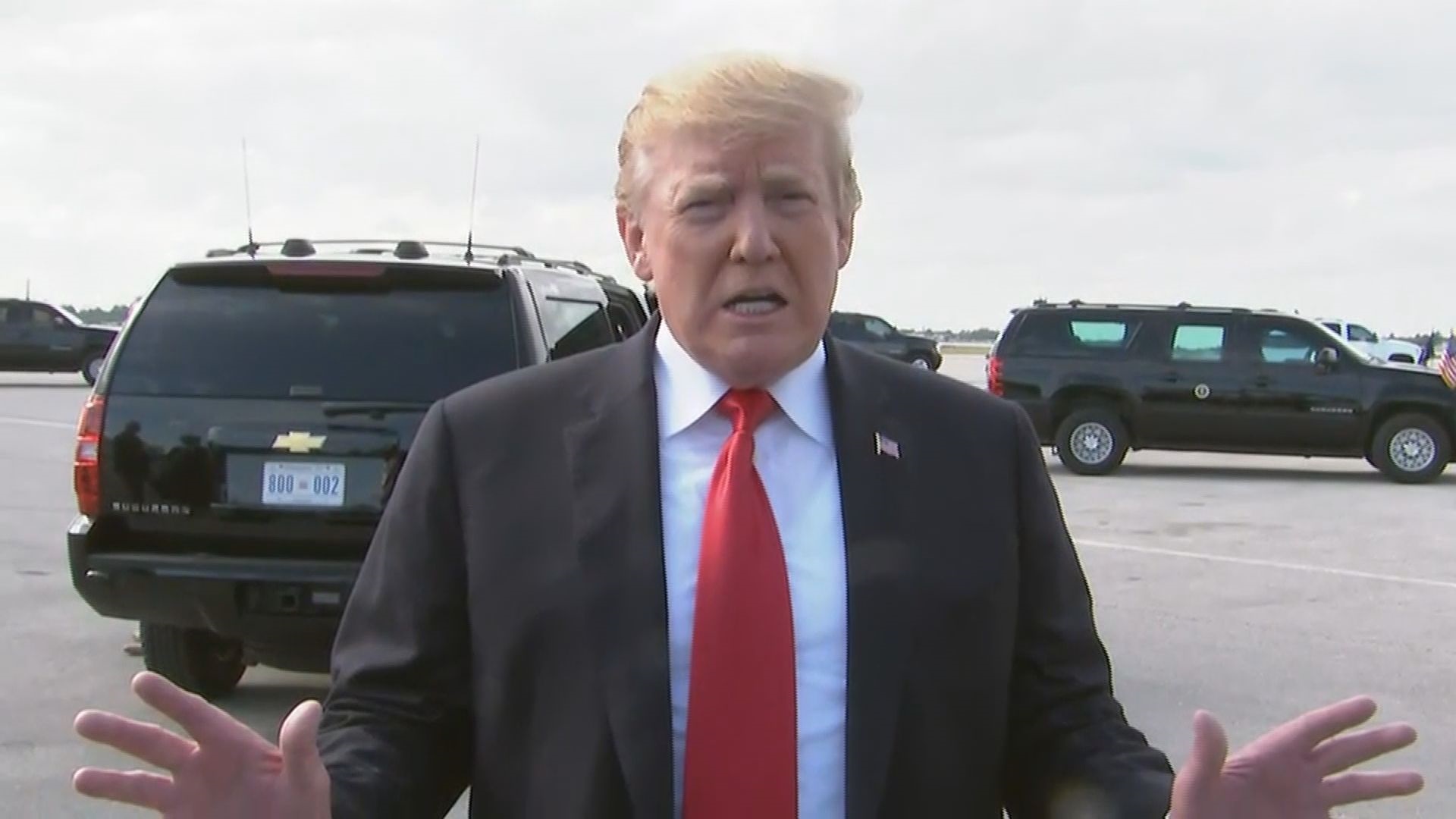 President Donald Trump is touting the Justice Department's summary of special counsel Robert Mueller findings, saying "it was a shame" the nation had to go through the investigation.

Trump claims the report found "there was no collusion with Russia, there was no obstruction." In fact, Mueller did not make a determination on whether Trump committed obstruction of justice in the Russia probe. Attorney General William Barr and Deputy Attorney General Rosenstein determined that evidence gathered by Mueller was insufficient.

The summary does say Mueller did not find that the Trump campaign or its associates "conspired or coordinated" with Russia in its efforts to influence the 2016 election.

Trump is also lashing out at the investigation, claiming without evidence that it was "an illegal takedown that failed."

Trump spoke to reporters before boarding Air Force One to return to Washington from a weekend at his private club in Florida.

The president also claimed "Complete and Total EXONERATION" in a celebratory tweet following the release of a summary of special counsel Robert Mueller's report.

Trump writes, "No Collusion, No Obstruction, Complete and Total EXONERATION. KEEP AMERICA GREAT!" as he heads to the airport in Florida, where he's spent the weekend.

The Justice Department said Sunday that Mueller's investigation did not find evidence that Trump's campaign "conspired or coordinated" with Russia to influence the 2016 presidential election. Mueller also investigated whether Trump obstructed justice, but did not come to a definitive answer.

But Attorney General William Barr says in a four-page letter to Congress that Mueller's report "does not exonerate" the president on obstruction and instead "sets out evidence on both sides of the question."

RELATED: What happens next now that Robert Mueller finished the Russia investigation?