Announced on the former first lady's birthday, child nutrition advocates say the change will result in fewer fruits and vegetables and more fries and pizza. 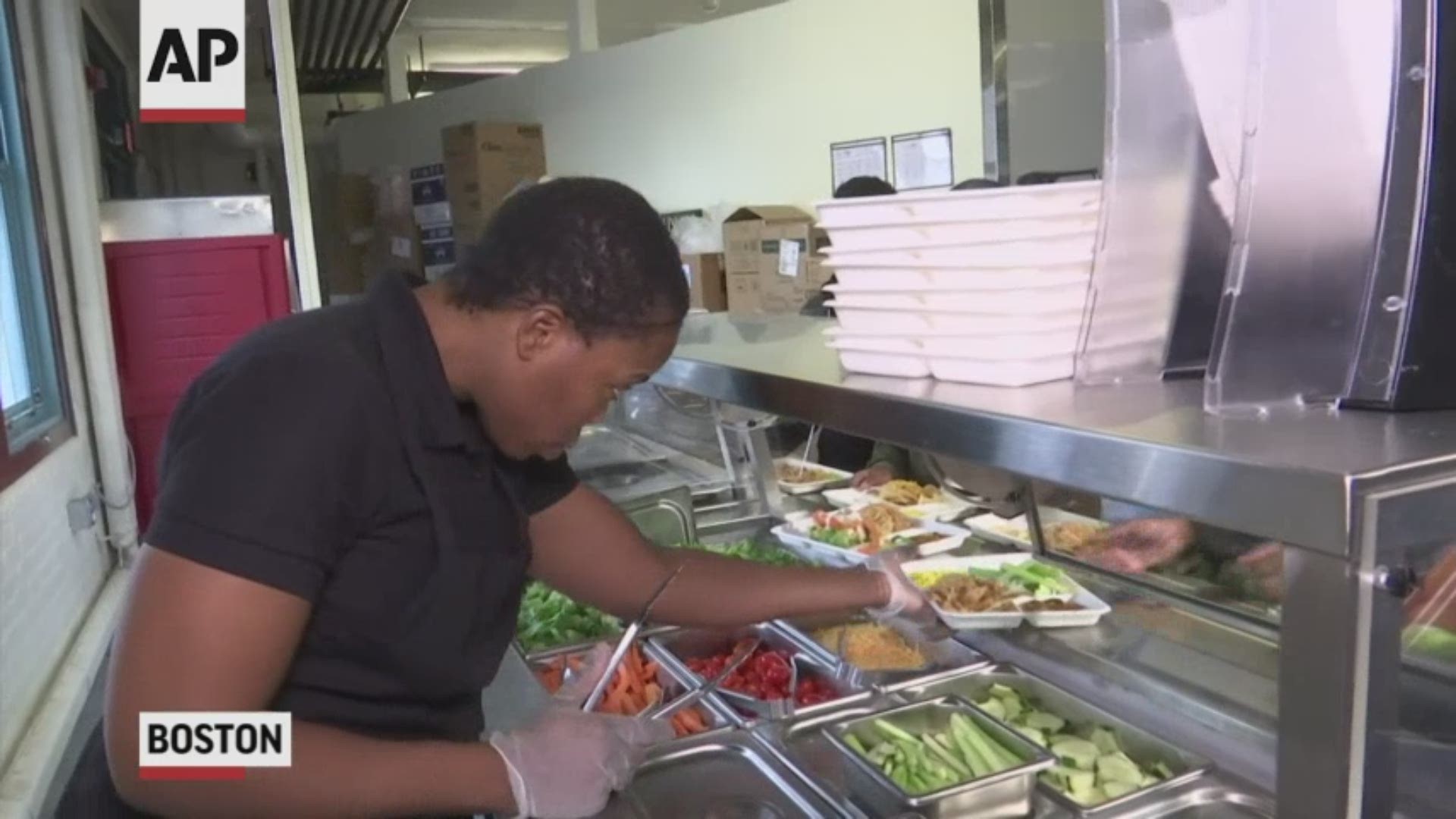 WASHINGTON — The video above was published in May 2019 after another Trump administration rollback allowed white bread to return to school lunches.

President Donald Trump's administration is proposing a rollback of nutrition guidelines for school meals that had been promoted by former first lady Michelle Obama as part of her campaign to combat child obesity.

But child nutrition advocates say the change will result in fewer fruits and vegetables and more fries, pizza and other unhealthy foods in the meals served at school.

Credit: AP
FILE - In this Thursday, May 4, 2017 file photo, a third-grader punches in her student identification to pay for a meal at Gonzales Community School in Santa Fe, N.M. All students are offered the same lunch at Gonzales and other Santa Fe public schools to avoid any chance of embarrassing students whose parents may have fallen behind on meal payments. In April 2017, New Mexico became the first state to outlaw the shaming of children for any unpaid meals. (AP Photo/Morgan Lee)