In a statement released by lawyer Michael Avenatti, Swetnick said she witnessed efforts by Kavanaugh and Mark Judge to get teenage girls 'inebriated and disoriented.' 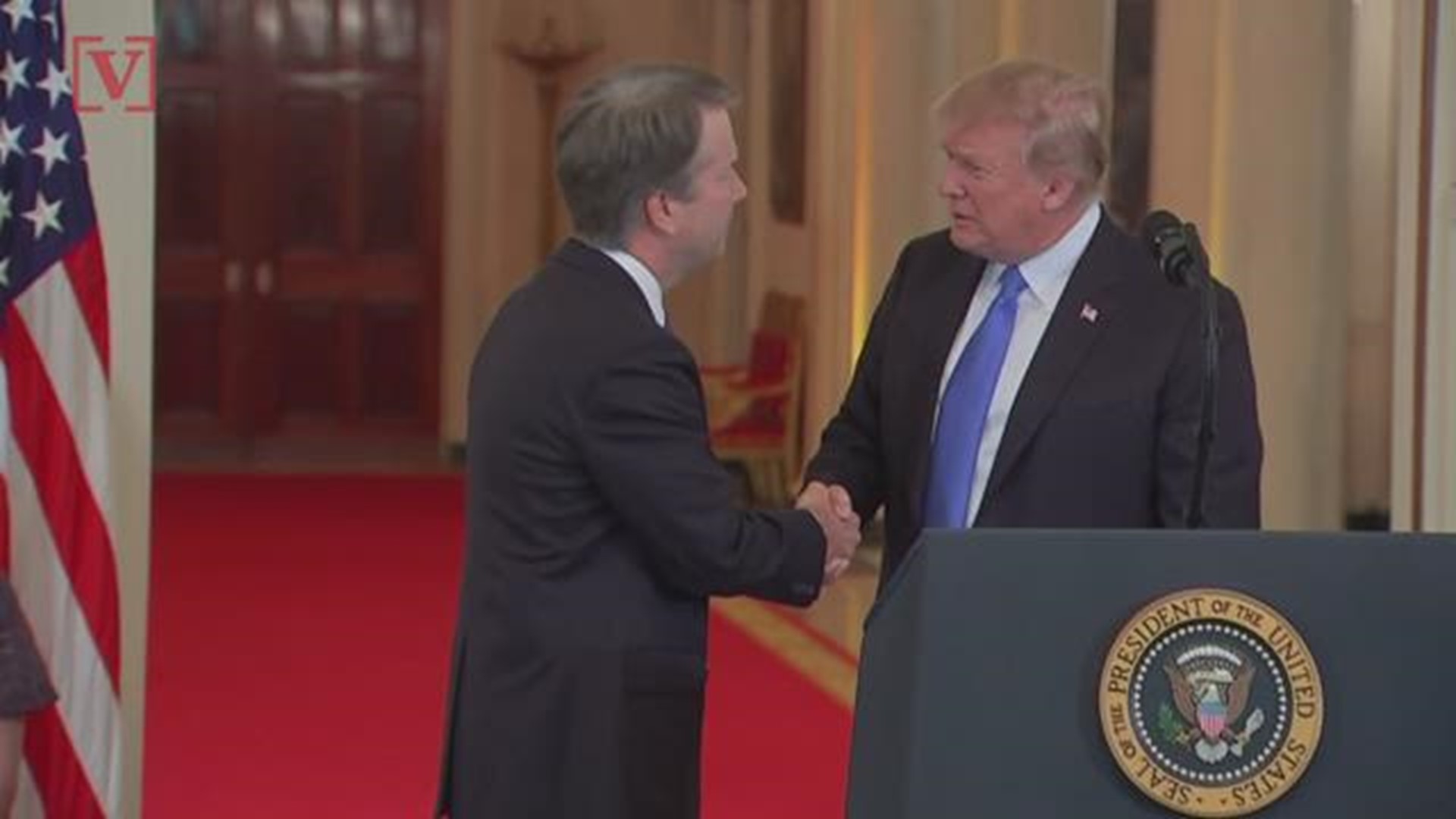 Julie Swetnick, a client of attorney Michael Avenatti, alleged in a signed statement released Wednesday that Supreme Court nominee Brett Kavanaugh would drink to excess and "engage in abusive behavior" toward teenage girls while he was in high school.

In an explosive statement released by Avenatti, Swetnick claimed that in the 1980s, she witnessed efforts by Kavanaugh and his classmate, Mark Judge, to get teenage girls "inebriated and disoriented so they could then be 'gang raped' in a side room or bedroom by a 'train' of numerous boys."

"I have a firm recollection of seeing boys lined up outside rooms at many of these parties waiting for their 'turn' with a girl inside the room. These boys included Mark Judge and Brett Kavanaugh," she alleged in the statement, naming Kavanaugh's high school classmate.

Swetnick alleged she became one of the victims of "one of these 'gang' or 'train' rapes." She did not say that Kavanaugh or Judge had sexually assaulted her.

Swetnick, a resident of Washington, D.C., said she was a graduate of Gaithersburg High School in Maryland. She currently holds clearances for her work with the Treasury Department, U.S. Mint and the IRS.

Kavanaugh called Swetnick's allegations "ridiculous" in a statement released by the White House on Wednesday.

"This is ridiculous and from the Twilight Zone," he said. "I don’t know who this is and this never happened."

"Avenatti is a third rate lawyer who is good at making false accusations, like he did on me and like he is now doing on Judge Brett Kavanaugh," the president tweeted. "He is just looking for attention and doesn’t want people to look at his past record and relationships - a total low-life!"

Avenatti is a third rate lawyer who is good at making false accusations, like he did on me and like he is now doing on Judge Brett Kavanaugh. He is just looking for attention and doesn’t want people to look at his past record and relationships - a total low-life!

In the face of the new allegations against Kavanaugh, the Democrats of the Senate Judiciary Committee have called on Trump to either withdraw Kavanaugh's nomination or to direct the FBI to reopen an investigation into his background.

Republican Sen. Jeff Flake of Arizona, another member of the Judiciary Committee, said he still expects the committee to vote on Kavanaugh's nomination on Friday.

"But those of us on the committee have to be prepared for the possibility, indeed the likelihood, that there will be no definitive answers to the very large questions before us," he said on the Senate floor.

“But obviously I take it seriously and believe that it should be investigated by the committees,’’ said Collins, who is considered to be a key vote on Kavanaugh's nomination.

At one point, Collins, who is facing pressure from both sides over her vote, was shepherded by a cluster of her GOP colleagues onto the Senate floor so she could avoid talking to reporters. Sen. John Barrasso, R-Wyo., stood in front of her, walking straight through a group of reporters and saying repeatedly, "Coming through, coming through."

For his part, Avenatti has called for an FBI investigation into Swetnick's allegations.

"Under no circumstances should Brett Kavanaugh be confirmed absent a full and complete investigation," he said on Twitter.

Avenatti also said he is still waiting for a response from Judiciary Committee Chairman Chuck Grassley, R-Iowa, over Swetnick's allegations about Kavanaugh. He included emails he exchanged with Grassley's staff earlier this week.

Committee Chairman Chuck Grassley reiterated on Twitter that the allegations against Kavanaugh and other leads were being investigated by his committee staff, as well as agents detailed from the Bureau of Alcoholic, Tobacco, Firearms and Explosives and U.S. Immigration and Customs Enforcement.

Abt 20 of my cmte investigators are tracking down all allegations/leads & talking to all witnesses & gathering all evidence. We have experienced fed agents on detail from ATF+ICE along w seasoned congressional investigators from my nominations & oversight teams +temp SCOTUS staff

Ford and Kavanaugh are set to testify before the Senate Judiciary Committee on Thursday.

In Swetnick's statement, she said she met Kavanaugh and Judge in the early 1980s at a house party. She described the two as "extremely close friends."

"There is no question in my mind that Mark Judge has significant information concerning the conduct of Brett Kavanaugh during the 1980s, especially as it relates to his actions toward women," she said. Ford, the first woman to accuse Kavanaugh of assault, alleged that Judge was present for that incident.

Swetnick alleged she attended more than 10 parties where Kavanaugh and Judge were present, where she witnessed the two drinking excessively and engaging in "highly inappropriate conduct, including being overly aggressive with girls and not taking 'No' for an answer." The behavior included grabbing girls and fondling them without their consent, she alleged.