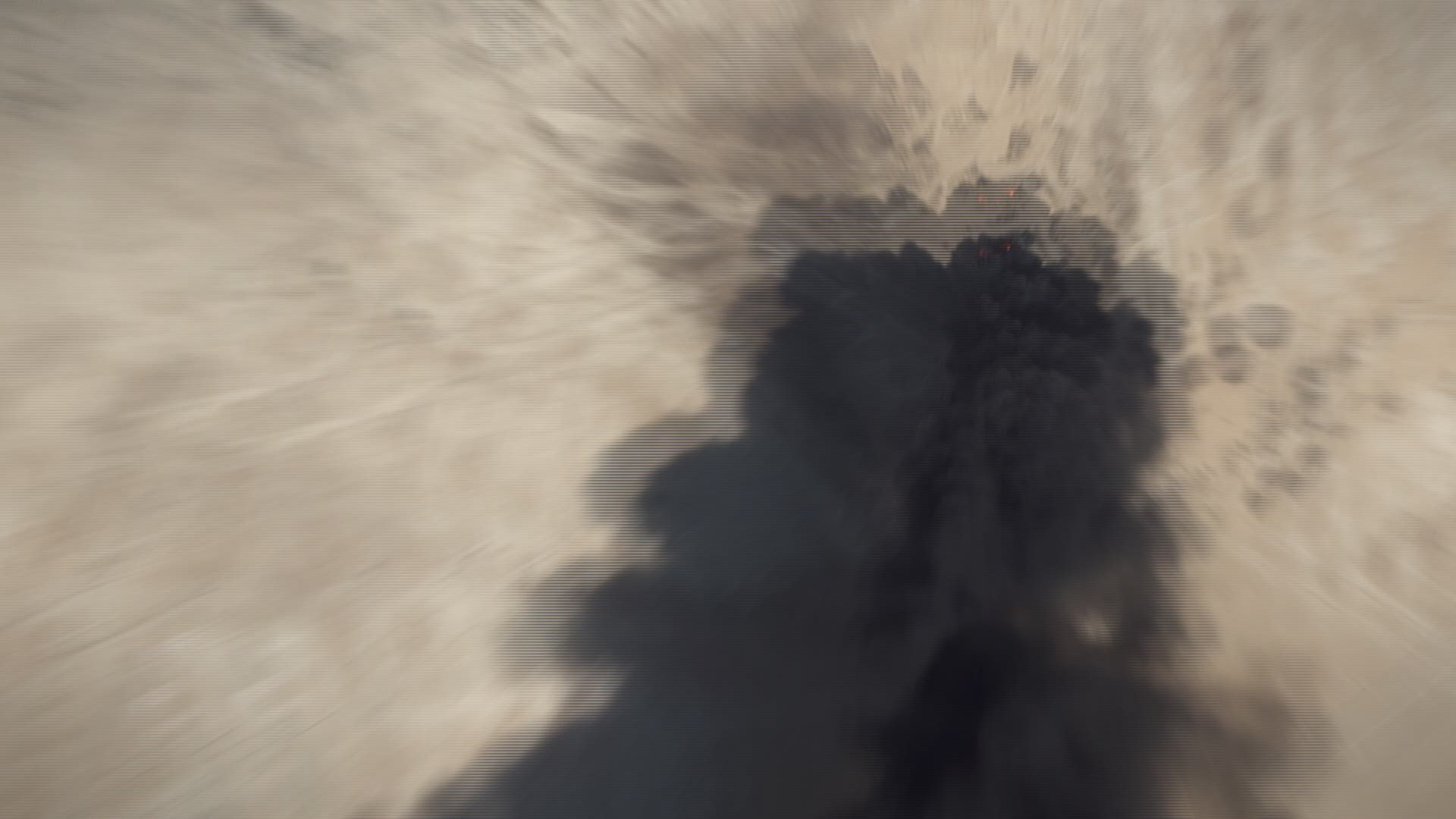 DUBAI, United Arab Emirates — Saudi Arabia's energy minister said Tuesday that 50% of its daily crude oil production that was knocked out by a weekend attack had been restored and that full production is expected by the end of the month.

"Where would you find a company in this whole world that went through such a devastating attack and came out like a Phoenix?" Prince Abdulaziz bin Salman said about the state-owned Saudi Aramco, which was the target of the attacks. His question to reporters, many of them Saudi, drew applause.

The state-run company's ability to quickly recover from an attack of this magnitude on its most important processing facility highlights not only its resilience, but its importance as the kingdom's crown jewel.

Prince Abdulaziz said production capacity would be up to 11 million barrels per day by the end of September.

RELATED: Trump: US locked and loaded for response to attack on Saudis

His briefing to reporters was highly anticipated around the world, with oil prices spiking more than 14% on Monday on the first day of trading after the attacks on Saudi Arabia. It was the biggest single-day jump in years due to the damaging attack.

Following reports of how quickly the kingdom could restore production, oil prices fell on Tuesday. Brent, the international benchmark, was down 6% to $64.89 a barrel. U.S. oil was down 5.4% to $59.50.

The attack also took out 2 billion cubic feet of daily gas production. Aramco, the Saudi oil company targeted, said no workers were wounded in the attack.

Iranian-allied Houthi rebels in Yemen, which Saudi Arabia are at war with, claimed responsibility, saying drones were launched in the attack.

Saudi Arabia, however, has claimed the attack did not come from Yemen and said initial investigations show Iranian weapons were used. The kingdom, though, has not yet said where the attack was launched from or what kind of weapons were involved.

The U.S has made similar allegations, going so far as to say the attack may have been launched from Iran itself or nearby Iraq, where Iran has powerful proxy militias on the ground.

Iran has denied the charges.

Trump declared Monday it "looks" like Iran was behind the explosive attack on the Saudi oil facilities. But he stressed that military retaliation was not yet on the table in response to the strike against a key U.S. Mideast ally.

Trump, alternating between aggressive and nonviolent reactions, said the U.S. could respond "with an attack many, many times larger" but also "I'm not looking at options right now."

Earlier, he had said the U.S. was "locked and loaded." He also said the impact of oil production shortages would not be significant on the U.S., which is a net energy exporter.

The American Automobile Association, known as AAA, said Americans can expect local pump prices to start to increase this week by as much 25 cents per gallon throughout September, but that how long the higher price lasts for depended on how quickly Saudi Arabia could restore production.

The attack was the among the most serious escalations in tensions in the Persian Gulf in recent months. The crisis stems from President Donald Trump's decision to pull the U.S. out of the 2015 nuclear deal between Iran and world powers. He also re-imposed and escalated sanctions on Iran that sent the country's economy into freefall, including targeting its oil exports.

Iran's supreme leader said Tuesday "there will be no talks with the U.S. at any level". His remarks appear to end all speculation about a possible U.S.-Iran meeting between the two countries' presidents at the U.N. later this month.

Iranian state TV quoted Ayatollah Ali Khamenei, who's been personally sanctioned by the Trump administration, as saying the U.S. wants to prove its "maximum pressure policy" against Iran is successful. "In return, we have to prove that the policy is not worth a penny for the Iranian nation," Khamenei said.

"That's why all Iranian officials, from the president and the foreign minister to all others have announced that we do not negotiate (with the U.S.) either bilaterally or multilaterally," he said.

There had been reports about a possible meeting between Trump and his Iranian counterpart, Hassan Rouhani, during the upcoming U.N. General Assembly next week in New York.

One U.S. official, speaking on condition of anonymity to discuss internal deliberations, said the U.S. was now considering dispatching additional military resources to the Gulf but that no decisions had been made. In recent months, the U.S. has boosted its military presence with an additional aircraft carrier in the area, as well as fighter jets, bombers, reconnaissance aircraft and air defenses.

The Saudis invited the U.N. and other international experts to help investigate, suggesting there was no rush to retaliate and that the kingdom is looking for an internationally backed response to the attack.

Saudi Arabia also called on the international community "to shoulder its responsibility in condemning the perpetrators" and "clearly confronting" those behind the attack.

For his part, Khamenei on Tuesday reiterated Iran's stance that if the U.S. returns to the nuclear deal, Tehran would consider negotiations.

"Otherwise, no talks will happen ... with the Americans," he said. "Neither in New York nor anywhere" else.