The 'Back-to-School Essentials' PSA from Sandy Hook Promise contains graphic content and may be difficult for some to watch. 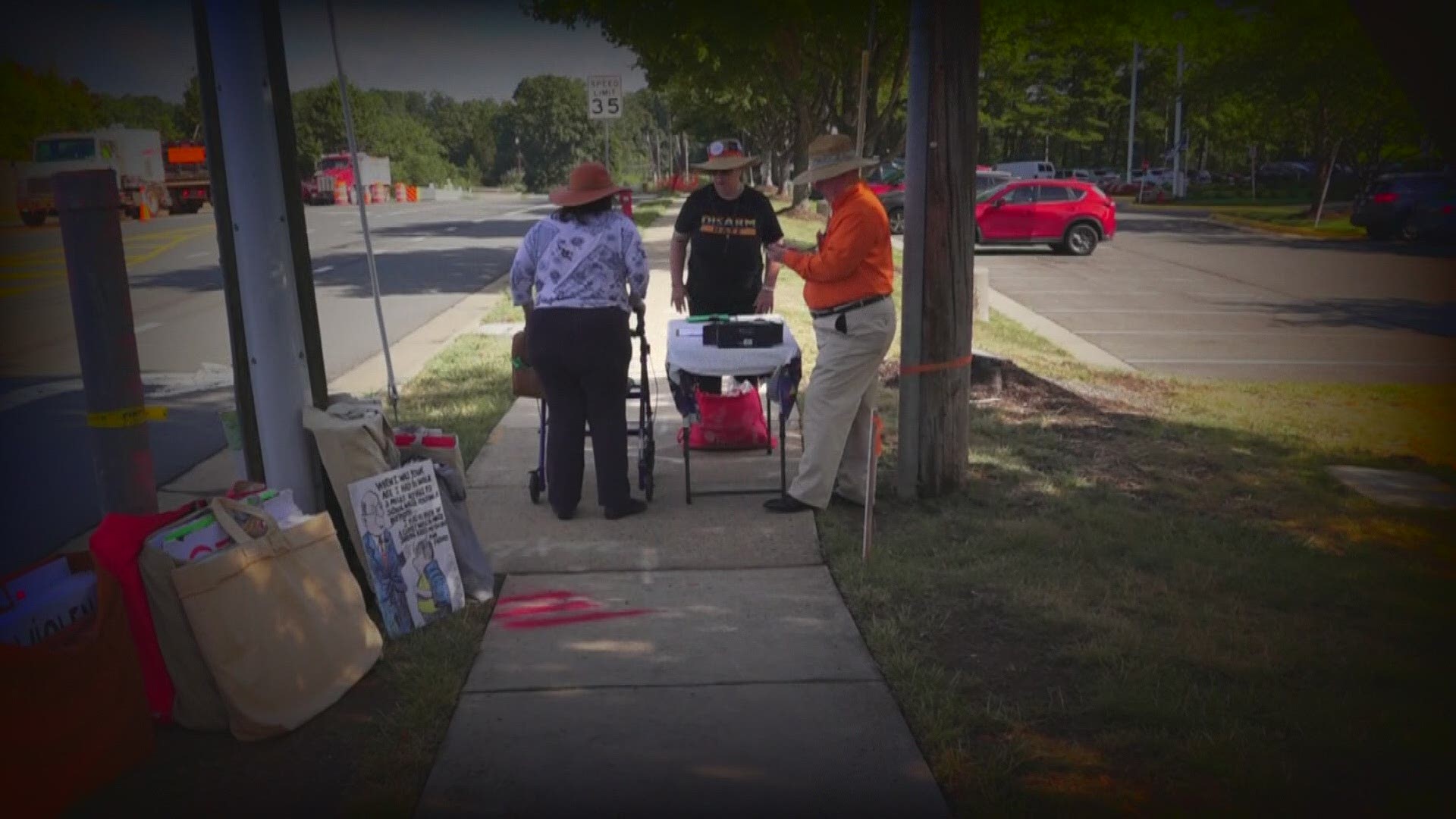 WASHINGTON — The latest public service announcement from the group Sandy Hook Promise depicts how kids could be forced to use everyday essentials to fight for their lives during school shootings.

The 67-second ad debuted Wednesday and begins with cheery scenes of young students at school, showing off their new back-to-school items.

But the video slowly unfolds to show students using those very same supplies to react to a school shooting. One boy, seen running down the hall in terror, comments that his new sneakers are "just what I need for the new year." Another girl uses her "must have" jacket to tie a door closed. Another boy uses his skateboard to shatter a classroom window in an attempt to escape.

The video is meant to shed light on the gruesome reality that students face, according to a release from the group.

Sandy Hook parent Nicole Hockley, who helped develop the organization's annual PSA, told NBC's "TODAY" show that they don't want people to turn away from it, "so pretending it doesn't exist is not helping to solve it."

One chilling scene slowly zooms in on a girl hiding in a bathroom. She uses a smart phone to text "I love you mom." She then sobs as the sounds of a door squeak open, followed by heavy footsteps.

Editor's note: The following PSA contains graphic content related to school shootings and may be difficult to watch for some.

Hockley, whose 6-year-old son Dylan was killed at Sandy Hook Elementary School, told "TODAY" that the scene with the girl and the phone gets her every time.

As the video ends, ominous music continues with text on the screen that says, "It's back to school time, and you know what that means. School shootings are preventable when you know the signs."

RELATED: Bullet-resistant doors could be coming to a school near you

Family members of those killed in the mass shooting at Sandy Hook Elementary School on December 14, 2012, run the Sandy Hook Promise group. The organization says their mission is to "prevent gun violence and other forms of violence and victimization."

School shootings have gained a lot of attention in the debate over gun control in the United States, but the data is scattered. As CNN reports, there is actually no central database to track school violence, but since 2009, at least 177 U.S. schools have experienced a shooting.

Sandy Hook Promise described 2018 as "one of the deadliest years on record for school violence."

The organization is no stranger to powerful PSA videos. In 2018, the group's 110-second video depicted a school day through the eyes of a potential school shooter.