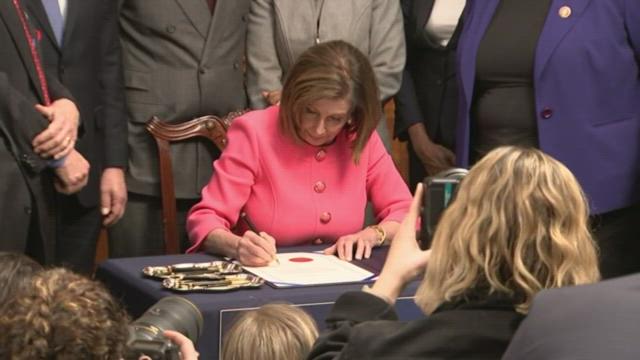 According to a variety of media outlets including The Hill, two groups of reporters have formally asked Senate leaders to intervene and advocate for the media on press regulations.

These regulations include not allowing any electronics within the Senate chamber, a single pool camera with no audio to cover the arrival of the articles of impeachment, limiting reporter’s movements, forcing reporters into “penned” areas and not allowing them easy access to the Senate chambers and therefore, not easy access to questioning members involved in the trials.

An elected body of journalists dedicated to advocating for print media, The Standing Committee of Correspondents, submitted a statement to Senate leadership Tuesday “vigorously” objecting to the potential restrictions.

The statement noted that these restrictions are far greater than previous ones enforced during breaking news situations such as the State of the Union, Inauguration Day and even the Clinton impeachment trial.

The Standing Committee of Correspondents’ Chair weighed in on the restrictions in a series of tweets, including posting the statement sent to Senate leadership.

“Few things in Washington are more momentous than an impeachment trial and the American public deserves to have eyes in the room,” Sarah D. Wire tweeted.

She also noted that the Standing Committee requested an exemption to the restriction on technology so reporters could provide the public current information without having to walk out of the chamber. She said the committee heard the request was denied.

A variety of elected officials have responded to the press restrictions.

According to Newsweek, Louisiana Republican John Kennedy told reporters the regulations were a mistake.

“There’s an effort to limit the press… I’m going to vote against that if I’m allowed to vote. I think it’s a huge mistake. U.S. senators are grown women and grown men. If they don’t want to make a comment, they know how to say ‘no comment,’” Newsweek reported Kennedy saying.

Sen. Amy Klobuchar, D-Minnesota, told CBS News she also did not support the change and actually wanted more flexibility for reporters to even use laptops in the press gallery of the chamber.

While Sen. Lisa Murkowski, R-Alaska, appeared to endorse restrictions telling NBC News they would help the higher interest in political news and that “it’s important that we have a process that everyone understands – not just the press that cover us every day…”

Senators and Chief Justice John Roberts are set to be sworn in Thursday. Arguments are expected to begin Tuesday.