202-year-old Valentine's Day card to be auctioned off 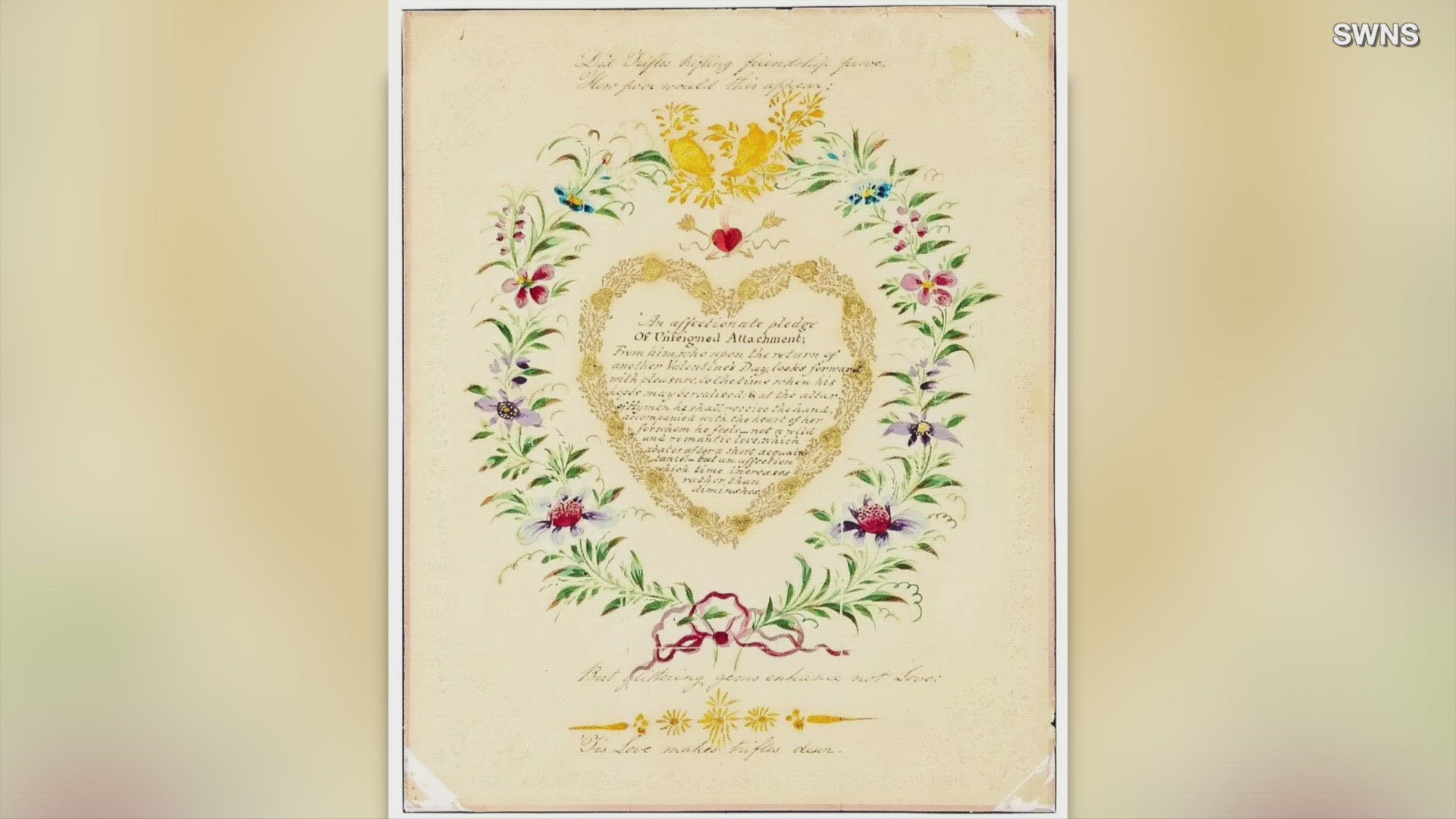 The world's oldest Valentine's Day card will go up for auction after sitting in an album for two decades, according to Fox News and the New York Post.

The man who wrote the card in 1818 professes his feelings to his lover. It features hearts, flowers and lovebirds.

Independent said the card was addressed to a Miss L Shafe of White Row in Spitalfields, London.

The card, addressed "An affectionate pledge of unfeigned attachment," reads: “From him who upon the return of another Valentine’s Day, looks forward with pleasure to the time when his hopes may be realized; & at the altar of Hymen he shall receive the hand accompanied with the heart of her for whom he feels -- not a wild and romantic love, which abates after a short acquaintance -- but an affection which time increases rather than diminishes.”

Hymen is the Greek god of marriage ceremonies.

The card's current owner, Gavin Littaur, purchased it 20 years ago.

The love letter is expected to go up for auction on Valentine's Day from a United Kingdom auction house, Hansons Auctioneers. The card is expected to sell for about $1,000.

RELATED: Valentine's Day: What are people searching on Google?