A state-by-state survey found that almost two-thirds of U.S. millennials and Gen Zers didn't know six million Jews were murdered in the Holocaust. 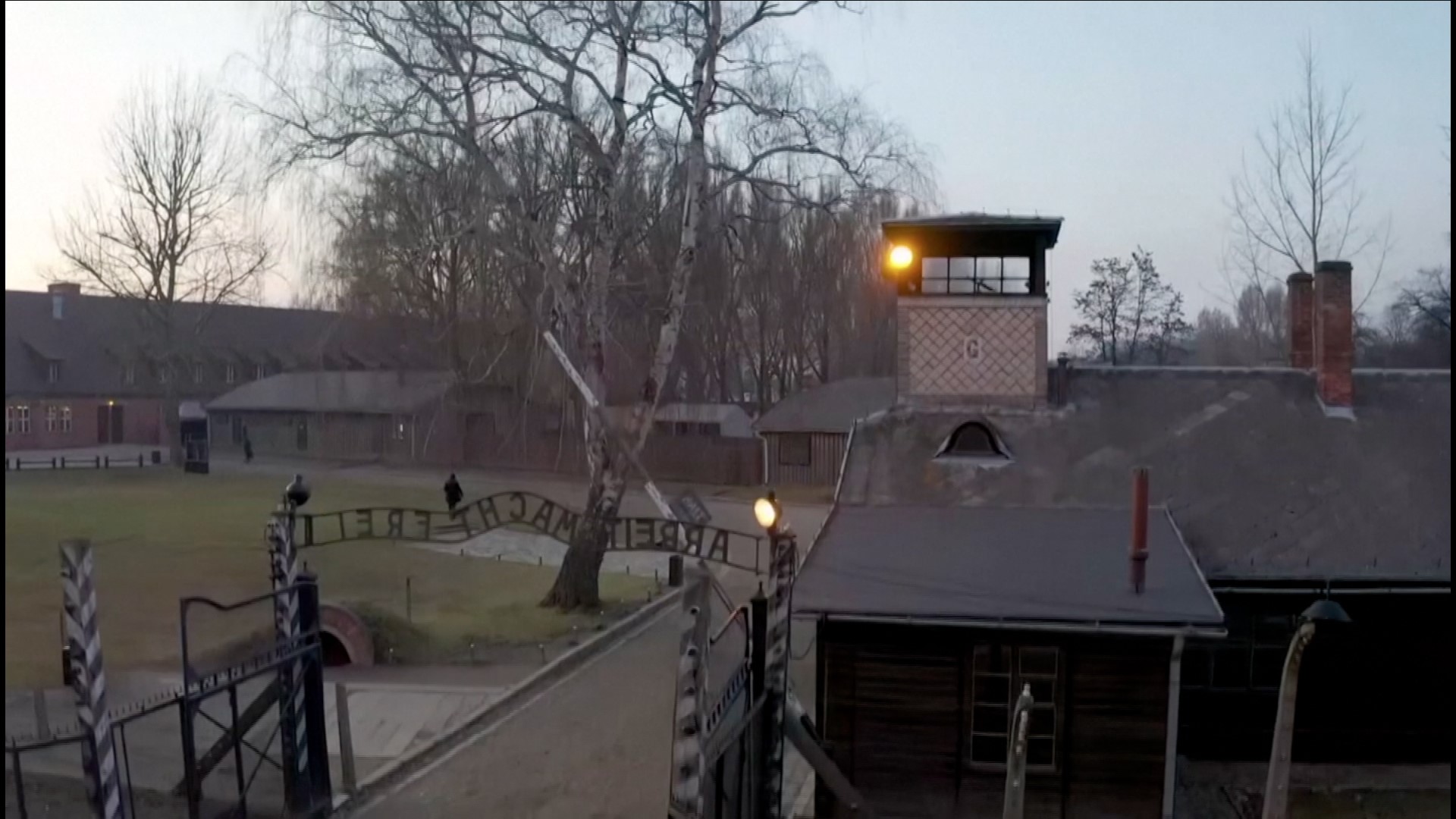 WASHINGTON — Editor's Note: The video above is from January 2020.

An alarming new survey found that almost two-thirds of millennials and Gen Zers do not know that six million Jews were murdered during the Holocaust, and nearly half could not name a single concentration camp from WWII, despite the fact that there were more than 40,000 of them.

“The results are both shocking and saddening and they underscore why we must act now while Holocaust survivors are still with us to voice their stories,” said Gideon Taylor, president of the Conference on Jewish Material Claims Against Germany (Claims Conference), which conducted the survey. "This needs to serve as a wake-up call to us all, and as a road map of where government officials need to act.”

The state-by-state survey consisted of 200 interviews in each state with adults between 18 and 39 years old. Additionally, there were 1,000 interviews nationwide to set a representative sample.

The Claims Conference used a Holocaust “knowledge score” to calculate the survey with three criteria: That a person has definitively heard about the Holocaust; can name at least one concentration camp, death camp, or ghetto; and that they know that six million Jews were killed in the Holocaust.

The Claims Conference said that in "perhaps one of the most disturbing revelations" from the survey, it found 11% of millenial and Gen Z respondents incorrectly believed that Jews caused the Holocaust. In New York, which was among the 10 states with the lowest knowledge scores, nearly 20% of those interviewed said this as well.

“Not only was their overall lack of Holocaust knowledge troubling, but combined with the number of Millennials and Gen Z who have seen Holocaust denial on social media, it is clear that we must fight this distortion of history and do all we can to ensure that the social media giants stop allowing this harmful content on their platforms," Claims Conference Executive Vice President Greg Schneider said.

Past surveys from the Claims Conference found similar gaps in knowledge surrounding the Holocaust from Americans of all ages. A 2018 survey found nearly one-third of all Americans thought two million Jews or fewer died during the Holocaust.

The states with the highest Holocaust Knowledge Scores

The states with the lowest Holocaust Knowledge Scores

The Claims Conference said the findings show the lack of basic knowledge surrounding this historical massacre and is a growing problem with fewer Holocaust survivors alive today to share their stories.

One bright spot from the survey was that 64% of respondents believe that Holocaust education should be compulsory in school. Claims Conference Holocaust task force leader Matthew Bronfman said it's an excellence first step that a number of states already mandate Holocaust education.

“For the mandates to have a significant effect in classrooms there must be state funding to support the mandates. The Holocaust is a broad topic. Specialized teacher training and thoughtfully developed curriculum are needed for students to benefit,” Bronfman said.

Credit: AP
FILE-In this file photo taken Jan. 27, 2020, people are seen arriving at the site of the Auschwitz-Birkenau Nazi German death camp in Oswiecim, Poland, for observances marking 75 years since the camp's liberation by the Soviet army. (AP Photo/Czarek Sokolowski)