New audio released of the calls reveal a woman saying she can't breath as someone in the background yells for people to get out. 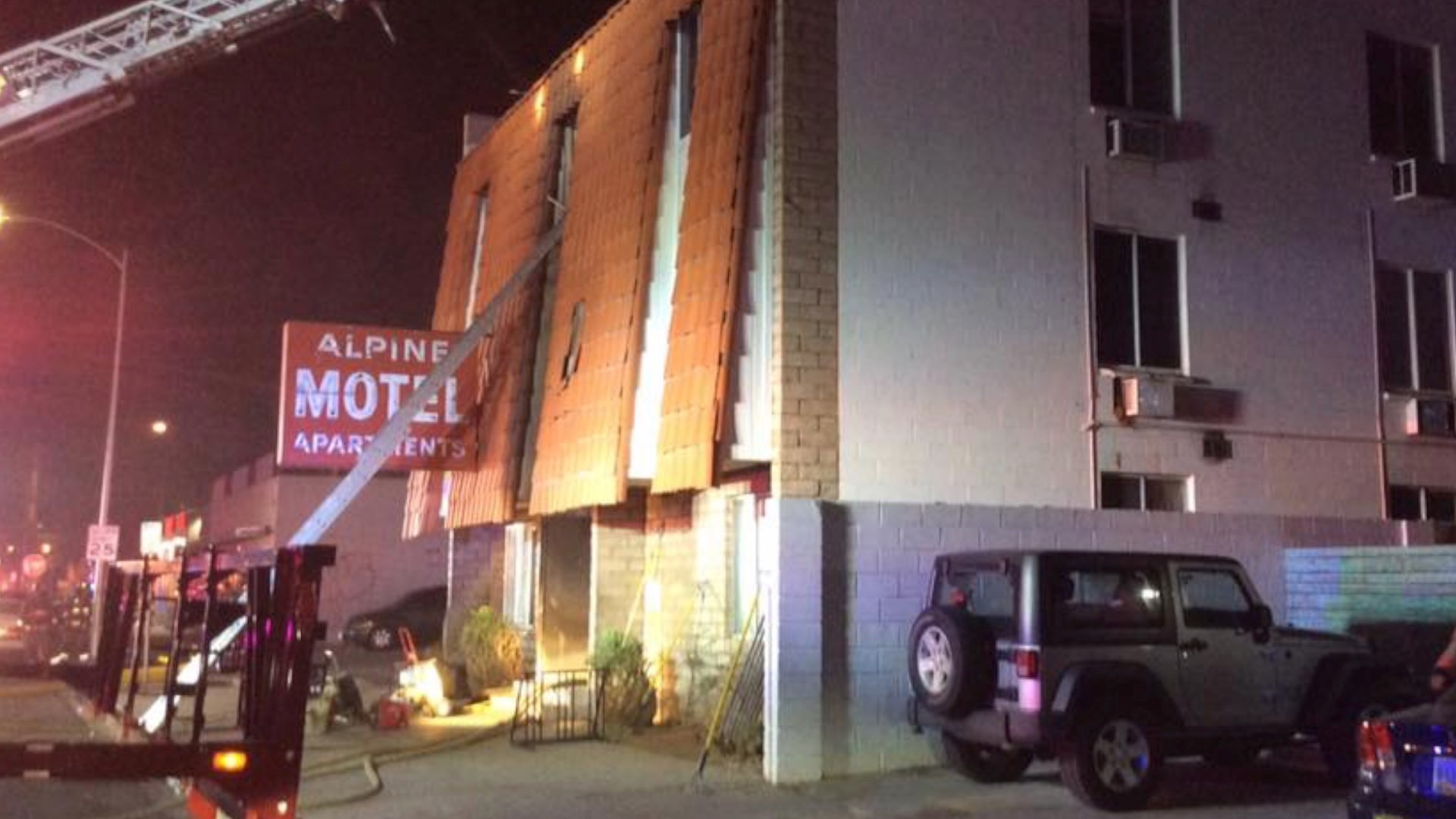 The first caller to firefighters on Dec. 21 said she could not breathe while a voice in the background was heard yelling for people to get out.

The Las Vegas Review-Journal newspaper obtained the audio recordings and reported Thursday that the calls reveal it took four minutes for the first firefighters to arrive at the complex.

Credit: AP
This photo provided by the Las Vegas Fire Department, firefighters work the scene of a fire at a three-story apartment complex early Saturday, Dec. 21, 2019 in Las Vegas. The fire was in first-floor unit of the Alpine Motel Apartments and its cause was under investigation, the department said. Authorities say multiple fatalities were reported and several were injured. (Las Vegas Fire Department via AP)