Jupiter, Saturn, moon to line up in night sky this weekend 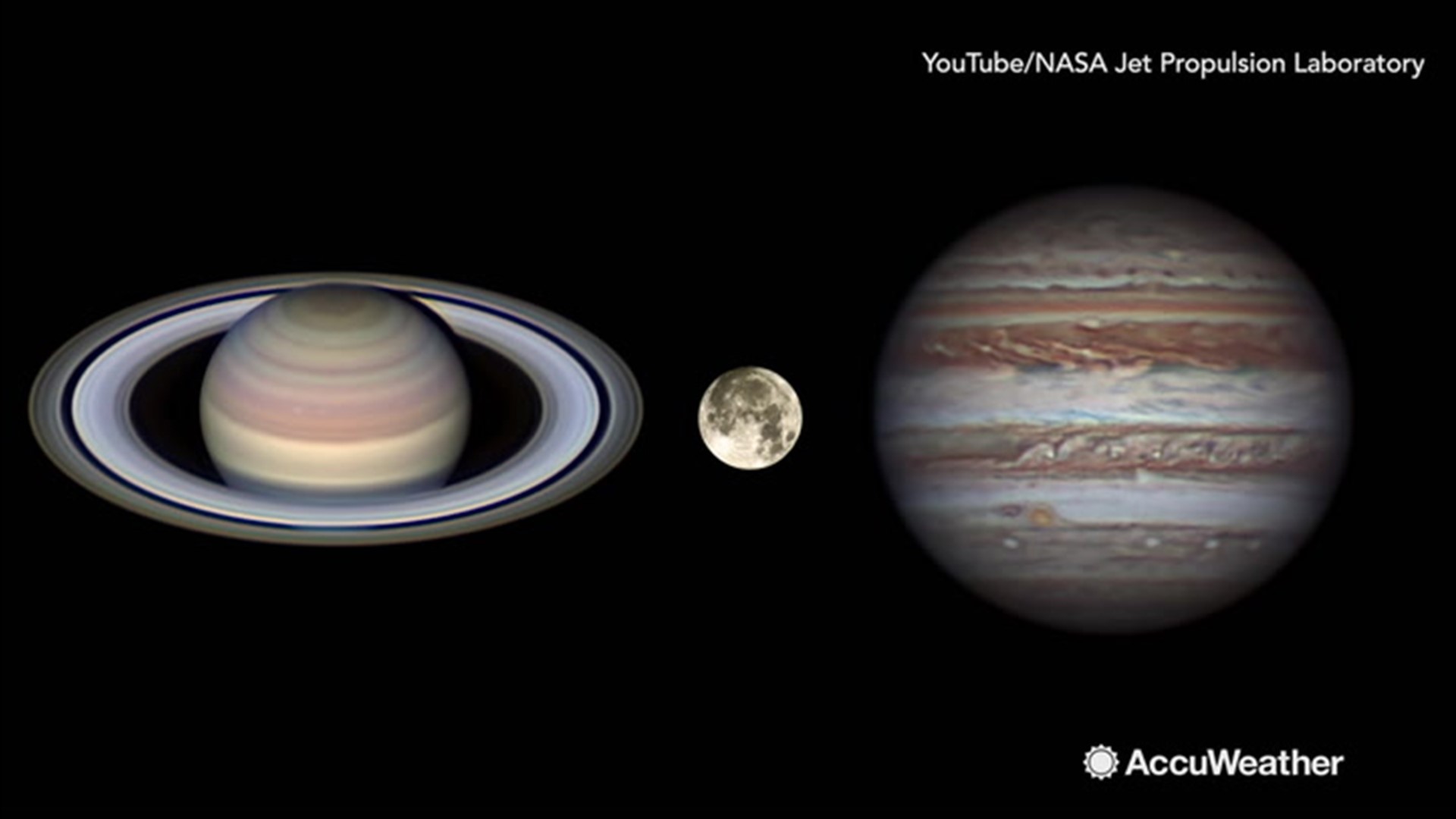 You will have three nights starting this Friday to see Jupiter, Saturn and the moon lined up side-by-side in the night sky.

With Venus currently on the other side of the sun, Jupiter will be the brightest planet in the sky in August, according to EarthSky.org.

If you look south between Friday and Sunday, you'll be able to see the waxing gibbous moon on a nearly straight line between Jupiter and Saturn.