As the former vice president comes close to choosing a running mate, he's expected to announce his pick the week of August 10. 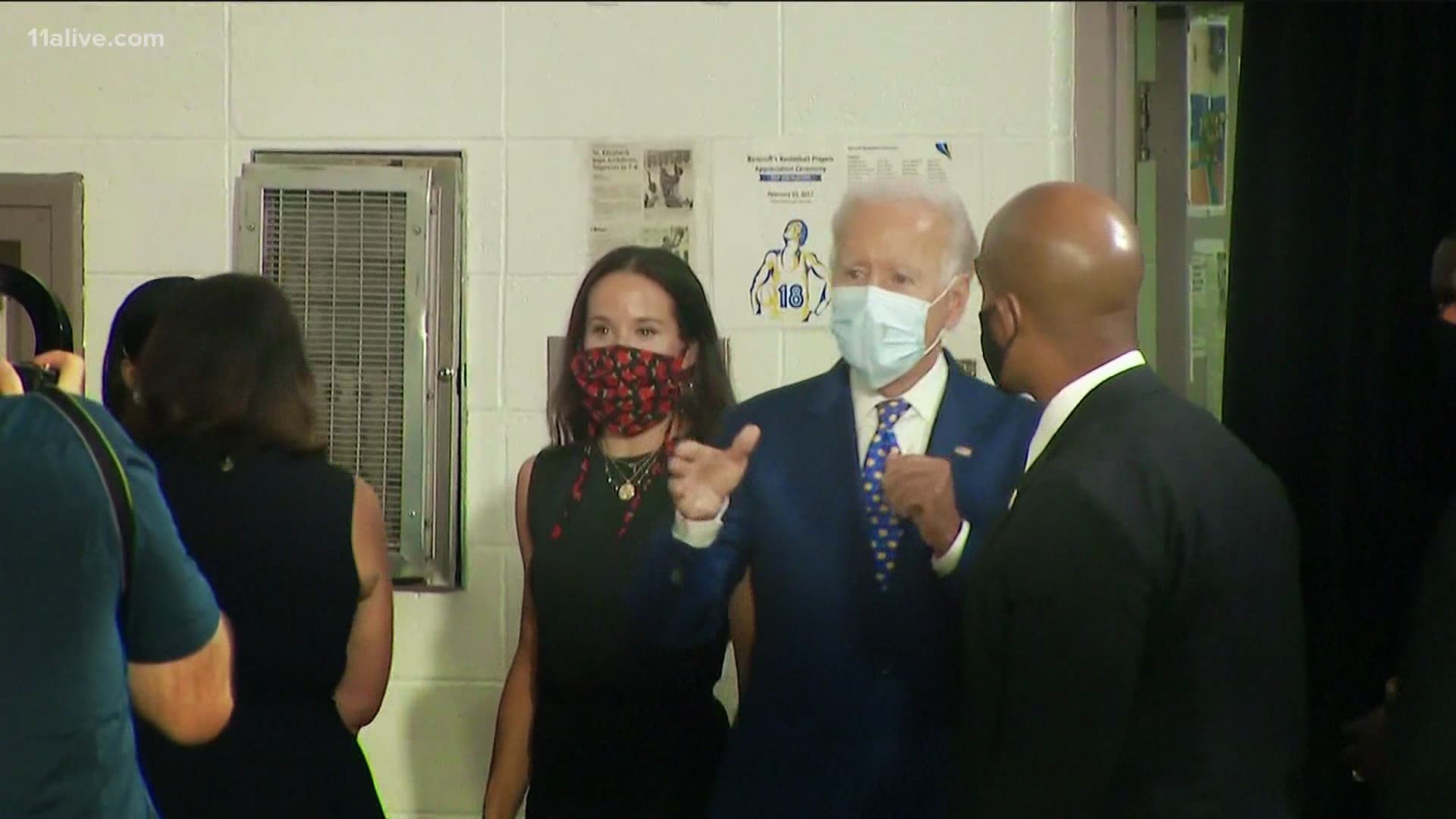 WASHINGTON — As Joe Biden nears the announcement of his vice presidential choice, the top contenders and their advocates are making final appeals.

The campaign hasn't finalized a date for naming a running mate, but three people who spoke on condition of anonymity to discuss the plans said a public announcement likely wouldn't happen before the week of Aug. 10. That's one week before Democrats will hold their convention to officially nominate Biden as their presidential nominee.

Biden said in May that he hoped to name his pick around Aug. 1 and told reporters this week that he would “have a choice in the first week of August.” He notably stopped short of saying when he would announce that choice.

Running mates are often announced on the eve of a convention. As Biden prepares to make his choice, a committee established to vet running mates has provided him with briefing materials. Biden will likely soon begin one-on-one conversations with those under consideration, which could be the most consequential part of the process for a presidential candidate who values personal connections.

The selection amounts to the most significant choice Biden has confronted in his nearly five-decade political career. He has pledged to select a woman and is facing calls to choose the first Black woman to compete on a presidential ticket.

On Friday, more than 60 Black clergy leaders called on Biden in an open letter to pick a Black woman as his running mate, saying the U.S. is facing a “moment of racial reckoning” that cannot be ignored.

“Too much is at stake for our community and we believe having a Black woman vice presidential candidate is the clearest path to the victory in November that our country needs to move forward,” said Rev. Matthew Watley, of Kingdom Fellowship AME Church in Silver Spring, Maryland, who signed the letter.

As a decision looms, the camps are jockeying for position.

Harris' allies mobilized this week after Politico reported that the co-chair of the vetting committee, former Connecticut Sen. Chris Dodd, was concerned about Harris’ tough debate stage performance and that she hasn’t expressed regret.

Several California elected officials and labor leaders initiated a call with the vetting team to emphasize that Harris has strong support among labor and political leaders in her home state. The call was organized by Lt. Gov. Eleni Kounalakis.

“A group of us really felt we needed to organize and speak out and correct the record because she has tremendous support,” Kounalakis said.

They also pushed back against the idea that Harris wouldn’t be a loyal partner, a sentiment echoed by a number of prominent donors.

“By all objective standards, Kamala Harris should be the overwhelming favorite for the job,” said Michael Kempner, a major Democratic donor based in New York.

Harris, while not directly addressing her vice presidential prospects, said Saturday that anyone who tries to shatter a glass ceiling faces naysayers.

“Breaking barriers involves breaking things. And sometimes you get cut,” Harris, who is Black, told attendees of an online convention held by the Ohio Democratic Party. “Sometime it hurts, but it is worth it.”

Biden allies say his wife, Jill, and sister, Valerie Biden Owens, are likely to play a key role in the decision, as they have with many of Biden’s biggest political decisions throughout his career. Jill Biden has held online campaign events and fundraisers with virtually all the potential contenders in recent weeks, as has Biden himself, effectively offering the contenders a try-out opportunity with the presumptive Democratic nominee.

On Thursday night, Bass joined Biden for a virtual fundraiser that raked in $2.2 million. She has also taken steps to build her national profile, including providing interviews to multiple outlets over the past week.

But she's facing growing scrutiny over past remarks. A video surfaced of a 2010 speech in which she praised Scientology during an opening ceremony for a church facility in Los Angeles.

“The Church of Scientology I know has made a difference, because your creed is a universal creed and one that speaks to all people everywhere,” Bass said of an organization that has come under criticism following allegations of criminal activity and mistreatment of members and employees.

She tweeted a statement on Saturday noting that she attends First New Christian Fellowship Baptist Church in South Los Angeles.

“Back in 2010, I attended the event knowing I was going to address a group of people with beliefs very different than my own, and spoke briefly about things I think most of us agree with, and on those things — respect for different views, equality, and fighting oppression — my views have not changed,” she said.

Bass' name was trending on social media this weekend, with reports of the video from a decade ago resurfacing that showed her apparently praising Scientology.

The Daily Caller highlighted the video where Bass is seen at a 2010 ribbon cutting ceremony for a new Scientology church in Los Angeles, praising the church and its founder L. Ron Hubbard.

She said in the video, "The words are exciting of your founder, L. Ron Hubbard, in The Creed of the Church of Scientology: that all people of whatever race, color or creed, are created with equal rights."

The Church of Scientology has gained huge attention over the years, especially as it has been able to attract celebrities as devotees, but has been accused of abuse by former members.

Bass also faced criticism over a 2016 statement in which she said the death of former Cuban dictator Fidel Castro was “a great loss to the people of Cuba.”

Some Democrats have expressed concern that the comment could hurt the party with Hispanic voters in the critical swing state of Florida.

“If, God forbid, Joe Biden is elected president and Congresswoman Bass becomes vice president, she’ll be the highest-ranking Castro sympathizer in the history of the United States government,” Rubio said.

Bass has said she better understands the sensitivity of her comment after speaking with Florida colleagues, and she believes she can still reach out to Cuban voters in the state, where the coronavirus is a top issue.

RELATED: Foreign threats loom ahead of US presidential election