Do not take sand from this beach. A couple faces 6 years in prison for it

Fourteen bottles full of sand from the Italian island of Sardinia were found in the couple's SUV. 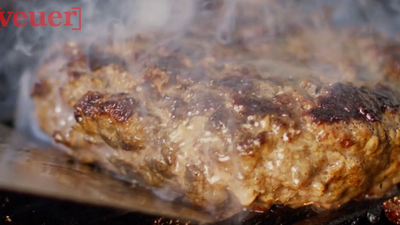 ROME -- A French couple faces up to six years in jail for taking around 88 pounds of protected white sand from a beach on the Italian island of Sardinia.

Italian finance police said Tuesday they discovered the sand from a Chia beach stashed in 14 plastic bottles in the couple's SUV during a check as it boarded a ferry Aug. 15 from Sardinia to France.

The couple told police they didn't know it was against the law to take the island's famed sand, which is protected as a public good. But police reportedly said there are signs on the beach in multiple languages telling people about the rules.

If found guilty, they face one to six years in jail for aggravated theft.

The BBC reports that a 2017 law prohibits the trade of sand, pebbles and shells. Fines can reach up to $3,330.

What's the big deal over this sand?

"Sandy beaches are one of the main attractions of Sardinia," said Pierluigi Cocco, a resident of the island and environmental scientist, told the BBC. "There are two threats. One is due to erosion, which is partly natural and partly induced by the increasing sea level due to climate change. Tthe second is sand stealing by tourists."

It's not clear when a trial may be held.

Italian finance police say the sand theft was one of the bigger ones revealed during a recent crackdown.