The biggest evacuation was in Sonoma County in Northern California, where 180,000 people were told to pack up and leave. 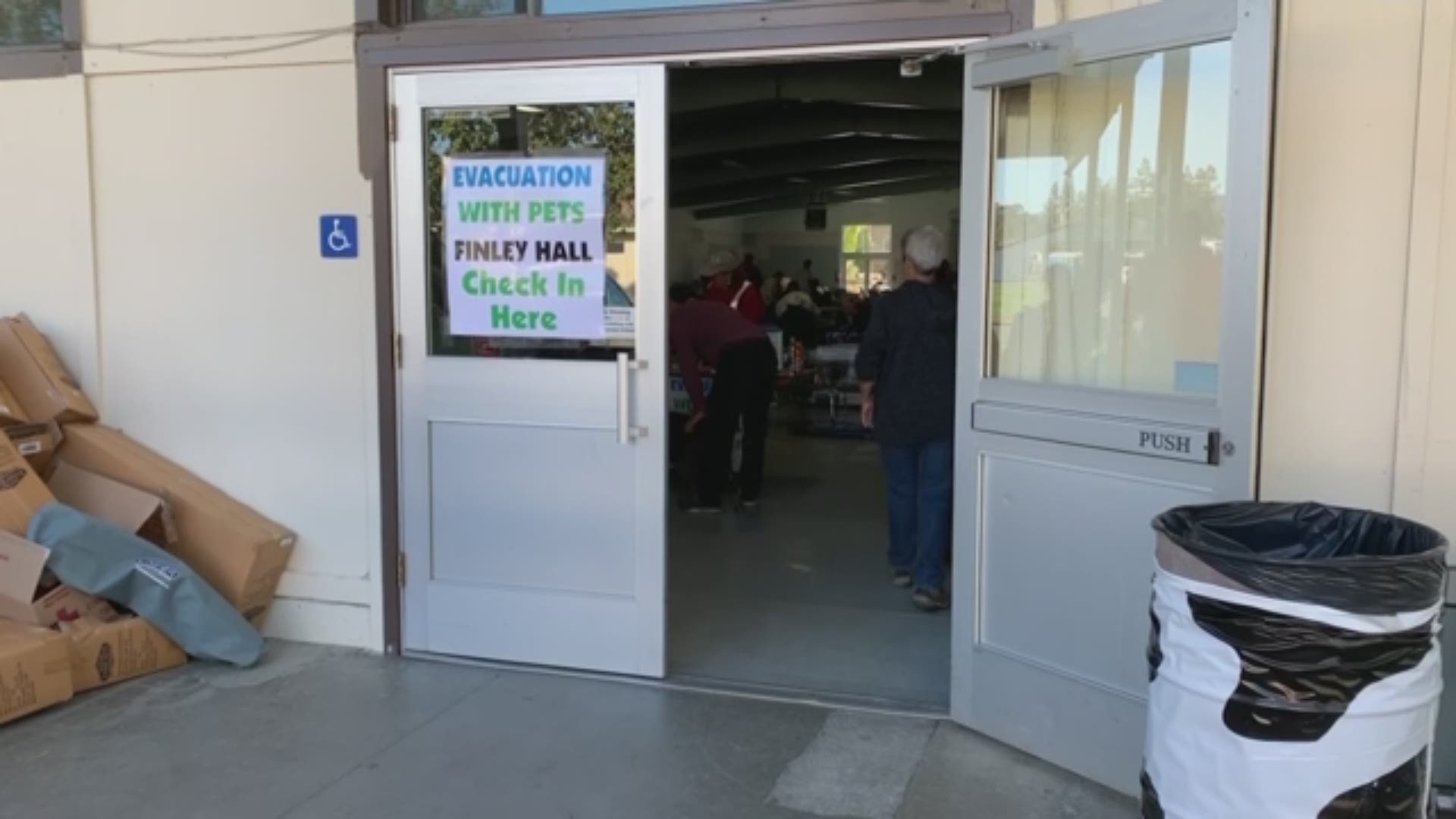 SANTA ROSA, California — Firefighters battled destructive wildfires in Northern California wine country and on the west side of Los Angeles on Monday, trying to beat back flames that forced tens of thousands to flee their homes.

California's biggest utility, Pacific Gas & Electric, cut off power to an estimated 2.5 million people in the northern part of the state over the weekend in yet another round of blackouts aimed at preventing windblown electrical equipment from sparking more fires. And more shut-offs are possible in the next few days.

The fire that broke out last week amid Sonoma County's vineyards and wineries north of San Francisco grew to at least 103 square miles (267 square kilometers), destroying 94 buildings, including 40 homes, and threatening 80,000 more structures, authorities said. Nearly 200,000 people were under evacuation orders, mostly from the city of Santa Rosa.

In Southern California, the blaze on the west side of Los Angeles erupted before dawn Monday and roared up slopes into wealthy neighborhoods, threatening thousands of homes. Tens of thousands of people were ordered to clear out.

RELATED: What’s burning? Here are all the ongoing wildfire incidences happening around California

RELATED: This DIY air filter for wildfire smoke is less than $20

Los Angeles Mayor Eric Garcetti said that the fire had grown to 500 acres (200 hectares) and that he had seen five burned homes. Fire Chief Ralph Terrazas said he expects the number of homes destroyed to climb.

Los Angeles Lakers star LeBron James tweeted that he and his family had to evacuate their home in the city's exclusive Brentwood section. There was no immediate word on its fate.

"I pray for all the families in the area that could be affected," he tweeted. "Pretty please get to safety ASAP."

Night-flying helicopters made water drops before daybreak, and airplanes dropping water and fire retardant joined the battle after the sun came up.

Mount St. Mary's University evacuated 450 students from its Chalon campus near the Getty Center arts and cultural complex. The Getty was built with special fire protection features, and Los Angeles fire Capt. Erik Scott said it was not threatened.

Fire conditions statewide have made California a "tinderbox," said Jonathan Cox, a spokesman for the California Department of Forestry and Fire Protection. Of the state's 58 counties, 43 were under warnings for high fire danger Sunday, with flames driven by gusts that reached more than 102 mph (164 kph).

Gov. Gavin Newsom declared a state of emergency over the weekend.

The biggest evacuation was in Sonoma County, where some people who were packing up and fleeing Sunday had done so two years ago, when devastating wildfires swept through Sonoma, Napa and neighboring counties, killing 44 people.

At an evacuation center at Napa Valley College, Francisco Alvarado, 15, said he, two younger brothers and his parents decided to leave their Calistoga home in advance of evacuation orders. Two years ago, the family had to flee, but in the middle of the night.

"I'm pretty mad that we have to keep evacuating," he said. "I just want to be home. I'm trying to leave here tomorrow; I want to sleep in my bed."

Hundreds of people arrived at the Sonoma County Fairgrounds in Santa Rosa by Sunday. Some came from nursing homes. More than 300 people slept in an auditorium filled with cots and wheeled beds. Scores of others stayed in a separate building with their pets.

Among them was Maribel Cruz, 19, who packed up her dog, four cats and fish as soon as she was told to flee her trailer in the town of Windsor, about 60 miles (100 kilometers) north of San Francisco. She also grabbed a neighbor's cat.

"I'm just nervous since I grew up in Windsor," she said. "I'm hoping the wind cooperates."

A historic attraction outside Healdsburg was lost Sunday when embers carried by wind sparked a blaze that engulfed the Soda Rock Winery. The buildings included a general store and post office founded in 1869.

In central California, a tree toppled in strong wind Sunday killed a woman and injured a man, officials said.

In the San Francisco Bay Area, gusts knocked over a 30-foot (9-meter) tree at a farmers market in Martinez, injuring nine people, including a toddler.