'As far as the eye can see is fire': Idaho firefighter travels to Australia to help with raging bushfires

The firefighter said he has never seen anything close to the magnitude of the bushfires in Australia in his decades-long career. 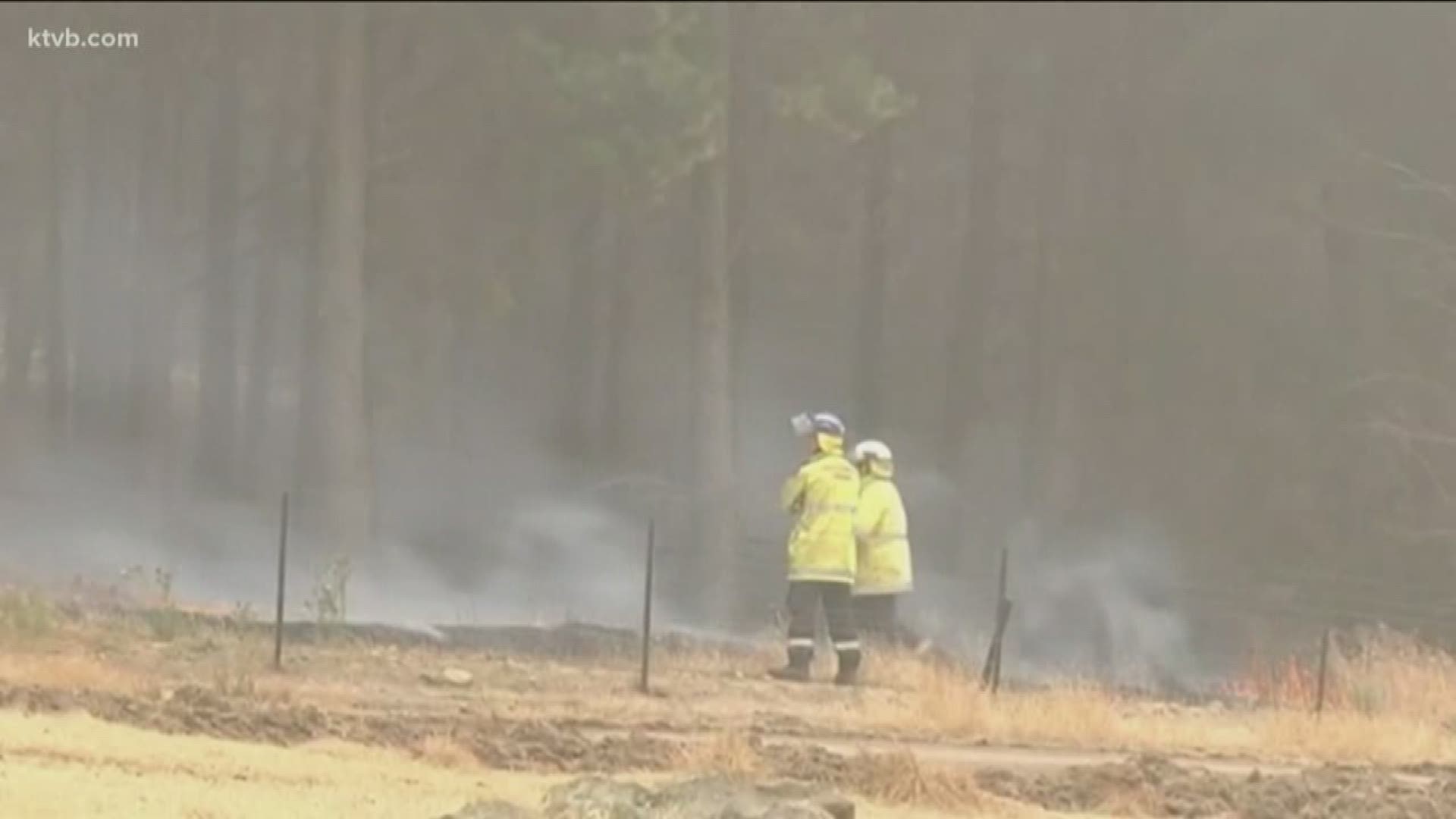 BOISE, Idaho — As historic and devastating bushfires rage across Australia, a Boise-based air attack supervisor answered the call for highly-skilled American firefighters for help and relief.

Joel Kerley, who works for the Bureau of Indian Affairs Aviation Program, left his family in Idaho on Dec. 19 to coordinate attacks from the air in New South Wales.

In Kerley's decades-long career, he said he has never seen anything like the magnitude of the bushfires in Australia.

"If we can get up and it's good visibility as far as the eye can see is fire," he said. "The rates of spread are incredible over here you get to know the eucalyptus fuel component pretty darn quick burns very hot very fast."

When NIFC got the calls for help from Australia, Kerley knew what he had to do.

"We have some skills and abilities that in times of need just feel that call to duty and there's never any hesitation for those of us that are over here," Kerley told KTVB during a FaceTime phone call.

He is directing aerial attacks on the Blue Mountains in New South Wales, where he was a bird's eye view of the bushfires ravaging the beautiful countryside. From the air, he coordinates water-bombing aircraft, like large air tankers, that drop water, and retardant and support burn operations.

"We do fly every day but just adds to the stress level as far as the lack of visibility for all the aircraft," he explained.

Rainy weather this week is helping save homes, just as powerful fires push north and merge with other fires. But Kerley said each day in the dry heat feels like taking one step forward and two steps back.

"When we have those days with a little bit of wind you know it's gonna a bad day," he said. "It's overwhelming for sure because the one thing you wanna do is have a plan of how to attack and we'll do well on our piece of fire one day then not so well the next day."

Tens of thousands of Australian firefighters are wiped out due to battling infernos that have no end in sight. Kerley and other North American firefighters are bringing much-needed relief to a country under siege from Mother Nature.

"That is probably the most depressing part - is feeling that that state of mind with the communities over here because their country is literally under siege with fire and the wildlife," he said.

Kerley said he'll be in the Blue Mountains for at least another month.

New South Wales Police said 180 people are now facing legal action related to the fires. At least 24 people were charged for allegedly intentionally setting some of the fires.

The fires have claimed more than two dozen lives, thousands of structures, millions of dollars, and killed millions of animals.

RELATED: Nearly half a billion animals impacted by Australia wildfires