Aaron Hernandez: Brain 'one of most significant contributions' to CTE study

The former New England Patriots player had levels of brain damage usually seen in a 46-year-old when he was just 27. 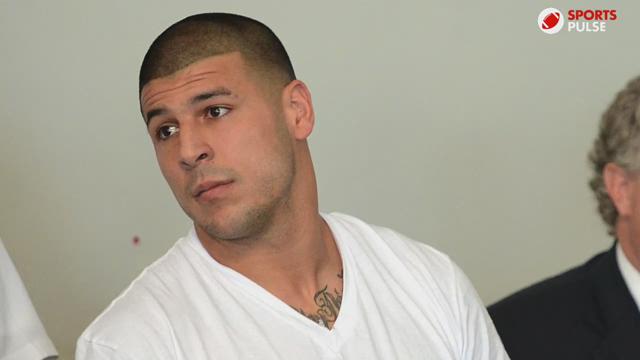 Researchers at Boston University said that Aaron Hernandez had damage to his brain that's usually found in a person who was at least 46 years old.

Hernandez, the former New England Patriots tight end who was 27 when he hanged himself in a Massachusetts jail while serving a life term for murder, suffered from chronic traumatic encephalopathy (CTE) and had severe damage to parts of the brain that play an important role in memory, impulse control and behavior.

While the CTE findings originally were made public in September, more details of the study were revealed at a medical conference in Boston on Thursday.

Ann McKee, director of the CTE Center at Boston University, has studied hundreds of brains from football players and other athletes who donated them after their deaths. She said that Hernandez's brain was “one of the most significant contributions to our work” because they were able to study the disease in someone his age, according to a report from the Washington Post.

“In any individual we can’t take the pathology and explain the behavior,” McKee said. “But we can say collectively, in our collective experience, individuals with CTE – and CTE of this severity – have difficulty with impulse control, decision-making, inhibition of impulses or aggression, often emotional volatility and rage behaviors."

In September, McKee and Boston University released a report that said in part: "Based on characteristic neuropathological findings ... Mr. Hernandez had chronic traumatic encephalopathy (CTE), Stage 3 out of 4, (Stage 4 being the most severe). This diagnosis was confirmed by a second VABHS neuropathologist. In addition, Mr. Hernandez had early brain atrophy and large perforations in the septum pellucidum, a central membrane."

A lawsuit was filed in federal court in Boston in late September seeking $20 million on behalf of Hernandez's former fiancée, Shayanna Jenkins Hernandez, and the couple’s daughter, claiming that the Patriots and the NFL deprived Avielle Hernandez of the companionship of her father.

In filing the suit, Jose Baez, a lawyer for Hernandez, said researchers determined the CTE was “the most severe case they had ever seen in someone of Aaron’s age (27)."